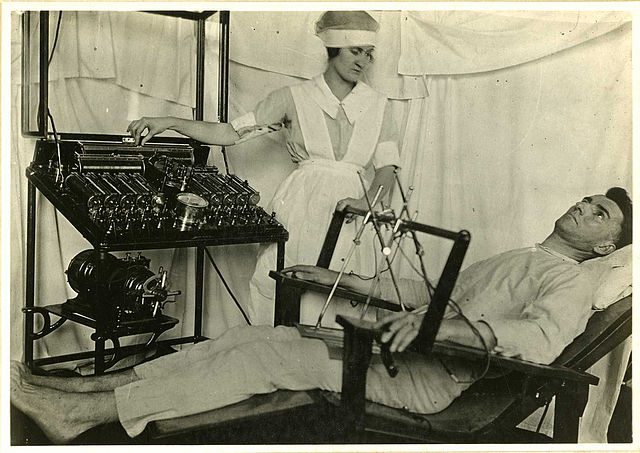 I’ve been warning my readers to avoid the columns of Hilary White for some time now. Not a few folks scoffed and were skeptical of that. Why would I urge this? It’s because radical Catholic reactionaryism [see the definition] is a poison, a cancer. We are what we eat. The more we get exposed to error, the more we can potentially get sucked into it. Hence, St. Paul repeatedly warned his readers to avoid contentious and divisive people.

Hilary knows who most vigorously oppose her errors, and who has been out there defending Pope Francis from the never-ending calumnies, myths, and whoppers of the currently fashionable hysteria and histrionics. I’ve written a book about Pope Francis, have compiled a lengthy collection of articles in his defense, and have opposed radical Catholic reactionaries for 19 years online, with a large web page devoted to them and not just one, but two books on the topic.

Thus, when she got into a mocking mood, she managed to write the following post (2-12-16):

These are going out to Mark Shea, Dave Armstrong and Jimmy Akin…

Thanks for all the help, boys. You’re really making this pontificate hilarious and fun, and we appreciate all your hard work.

You’re welcome, Hilary. Accompanying this substantive piece of journalism is two mock Bingo sheets [one / two]. These supposedly represent pat sayings and pithy proverbs that “neo-Catholics” like myself and Jimmy Akin (Scott Eric Alt should have also received honorable mention) say about Pope Francis and his detractors; such as: “Vatican II says” and “Why are you so angry all the time?” and “You’re a sedevacantist!” and “Hafta meet people where they’re at”.

So how do we know that Hilary White is a radical Catholic reactionary? It’s not that hard to do. She has begun a website of her own called, What’s Up With Francis-Church? I kid you not. Traveling over to her About us page, featured at the top of the sidebar, we find the following fascinating tidbits:

In 2008, I moved to Italy and began reporting on Vatican and European politics. Over the next seven years I reported and learned, and then one day, the thing we had thought could not happen happened. As I have written elsewhere, while we were distracted, Sauron had got hold of the Ring.

When Bergoglio came out onto the loggia that night, even though we in the piazza had barely been able to catch the name, I knew: that part of the fight was over, and a new one had begun.

Did you see that? For those of you who aren’t Lord of the Rings fans, Sauron is the bad guy and Satan-like figure. It’s a new variation on the old anti-Catholic “antichrist pope” theme, I reckon . . . Does that qualify for being a radical Catholic reactionary (complete with the obligatory use of the pre-papal name)?

Hilary has a tagline called “Novusordism isn’t Catholicism”. No one could make this stuff up! In her post on 2-10-16, she wrote:

The premise here is that the old religion is not the same as the new, and that as time has passed since the year of grace 1965, the rift between the two religions competing for space within the same Church has grown wider.

What we used to call “Catholicism” must now be distinguished from the interloper by calling it “traditional” Catholicism, or “Traditionalism.”

Hence, “Neo-Catholicism”! Get it? If you are naive and dumb enough to think (perish the thought!) that the Catholic faith, post-Vatican II, is actually Catholicism, you’re not a Catholic; you’re actually and in fact a neo-Catholic: some new absurd hybrid heretofore unknown. If you happen to attend the Novus Ordo (“New” or “Pauline”) Mass, you’re out of the Catholic fold and part of a goofy religion called “Novusordism”. Hilary places this post under the category of “Pssst… It’s a different religion.” I bet you didn’t know that you weren’t a Catholic, huh? Learn sumpin’ very day . . .

Now we’re not only not Catholic, but also not Christians at all, since the “religion” in question is Christianity. Nothing “radical” here, right? Meanwhile, I still refer to Hilary and her ilk as “Catholic” within the overall title of radical Catholic reactionary. We can readily see what is radical and reactionary. This garbage is some of the clearest manifestation of this sick viewpoint that I have ever seen. It’s so clear that one wonders whether it is a deliberate self-parody and mere farce.

On November 23, 2015 Hilary blessed us with the following advice for the lonely Catholic hearts club:

I regret that things have come to such a pass in the Church that Catholicism, openly practiced in groups, is no longer tolerated. For a long time we could get away with maintaining the idea in our heads that the structural Church was a “big tent” in which the “chosen path” of one person was just as “valid” as any other. Under JPII we could even convince ourselves, (as long as we didn’t look too closely – and remembering that this was well before the innernet) that the ancient Faith was being restored and we just had to wait.

It’s pretty clear now that those days are behind us. We can play Catholic in the structural Church as individuals, but more and more I expect we will be like Christians in Saudi Arabia who have to be extremely careful to keep our Rosaries to ourselves.

The above is quite sufficient to reveal the tragic, pitiful mindset of Hilary White. Presumably, she grew too radical and bizarre for Lifesite News, which indicates that her last column there was on 7 May 2015. Hilary’s blog above — in the “About the Author” blurbs under her posts — states that she “covered Vatican and European news related to ‘life and family issues’ from a Catholic perspective until May 2015.”

But The Remnant: the king of all radical Catholic reactionary websites (up there in the rarefied, hallowed, sublime atmosphere with Rorate Caeli and Catholic Family News), has, alas, not yet tired of Hilary White. She’s been writing there since March 2013 and now has a long string of columns. In her gem of 1-22-16, entitled “The Blackwhite of Pope Francis” she stated:

But Francis does not think like a Catholic. He is the very model of a modern Jesuit, and these are the chaps who pride themselves on having “moved beyond” the ancient strictures of rationality, common sense, etc. . . . Francis does not think of doctrine as we do, as an accurate description of objective reality. To him and his fellow Jesuits and academics, doctrine is only a set of subjective and more or less arbitrary ideas and rules one carries around in one’s head and fits to the current situation. These ideas, according to the men of his school, are dependent upon their applicability for their validity. They can be good only if they serve a particular purpose. . . .

Doctrine can be changed – indeed, must be changed – because times and people change. God changes too because He comes up with new ideas which the faithful are obliged to discern, . . . There is no such thing as immutable truth because there is no such thing as immutable reality. God has no immutable nature, nor does man. . . . All this more or less means, according to the Bergoglian logic, that a truly faithful Catholic is one who abandons Church teaching when he is told to. . . .

Many Catholics who are alarmed at this pope are also deeply confused by him. Indeed, it is difficult not to be confused by a man who appears to have no concept of a logical contradiction and cheerfully and apparently unconsciously contradicts Scripture, Catholic doctrine, ordinary natural facts and frequently himself with untroubled abandon. 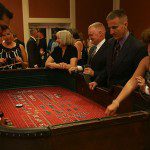 February 13, 2016
Condoms as a Solution to AIDS and Other STDs?
Next Post 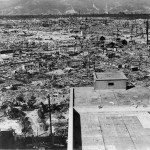