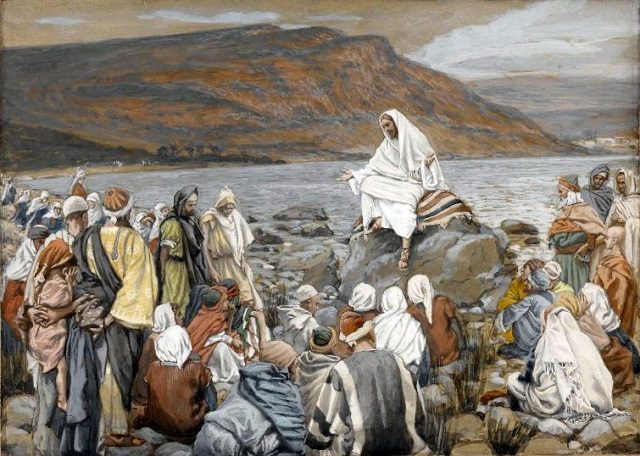 Jesus Teaches the People by the Sea, by James Tissot (1836-1902) [public domain / Wikimedia Commons]
***
(8-16-09)
*****
I put up the post, “John 6: Literal Eucharistic Interpretation (Analogical Cross-Referencing and Insufficient Counter-Arguments).” My friend then responded on his site with More Discussion on the Hard Sayings of Jesus in John 6. I am now counter-replying to that. Calvinist “Pilgrimsarbour”‘s words will be in blue:
* * * * *


Dave’s post deals specifically with John 6:44-66, but I will be bringing in other sections of the chapter for additional context and clarification.
In this section of John’s gospel Jesus is preaching to the multitudes after having miraculously fed them. Earlier in the chapter beginning with verse 22, we see Jesus discoursing on His role as the “bread of life.” Like the manna in the desert, the Father has given the people the true bread of life, Jesus Himself. At question here is what did the people understand about what Jesus was teaching them, and what didn’t they understand. The Jews grumbled against Him for saying that He had come down from heaven, so they understood that He was speaking of Himself in a divine, pre-existent way as the bread that the Father gave to the world (vv. 41-42).
Catholics agree that this earlier portion of John 6 is a more general treatment of soteriology, and Jesus as Savior: no real disagreement on that. We believe, however, that the latter portion moves into directly eucharistic territory. Jesus’ terminology becomes more and more graphic and specifically about eating His Flesh and drinking His Blood and how that ties into salvation; as opposed to talking about belief in Him apart from sacramental considerations.
They also got riled when He spoke of eating His flesh, thinking that He was advocating cannibalism (v. 52). But it was after He told them that no one could come to Him unless the Father had granted it to them to do so that “many of His disciples turned back and no longer walked with Him” (v. 66). This “hard saying” was, shall we say, the last straw.
This is an interesting take, but I think it fails and reads too much into the saying of John 6:65 as the direct cause of the desertion, rather than what came before. I think that is rather easily demonstrated. The heart of the eucharistic message of John 6 occurs in 6:52-58. It was after this teaching, that we see recorded:


John 6:61a Many of his disciples when they heard it, said, “This is a hard saying; who can listen to it?”

Verse 61 reveals to us that Jesus knew (“knowing in himself” – RSV) that these disciples were already murmuring, and He directly challenges them: “Do you take offense at this?” (6:61b). In verse 64 He notes, “But there are some of you that do not believe.” Quite clearly, we are dealing with unbelief and rebellion here; not mere misunderstanding. Jesus knew that; the text informs us of it as well. To say, in light of all this, that the main reason they were mad is because Jesus highlighted election at the end of it, is to, I submit, miss the forest for the trees. When in verse 66 we read of the desertion, it is referring to the previous discourse, not just the immediately preceding statement. They were already disbelieving and hardhearted, and Jesus noted that before He made the latter statement that you seem to want to make the primary reason for their desertion. I think it is implausible exegesis.
Within the context of what the people could or could not understand about what Jesus was saying, Dave said…


Jesus certainly would have explained what He meant in order to clear up the misunderstanding (and the abandonment), rather than simply reiterate and emphasize the same point more and more strongly: as the passage records (emphasis mine).

But I think the Scriptures lead us to a different conclusion. Jesus spoke to the multitudes at all times in parables:

34 All these things Jesus said to the crowds in parables; indeed, he said nothing to them without a parable. 35 This was to fulfill what was spoken by the prophet: “I will open my mouth in parables; I will utter what has been hidden since the foundation of the world” (Matthew 13:34-35, emphasis mine).

Jesus explains to His disciples the reason why He teaches the crowds in parables in Matthew 13:10-13:

10 Then the disciples came and said to him, “Why do you speak to them in parables?” 11 And he answered them, “To you it has been given to know the secrets of the kingdom of heaven, but to them it has not been given. 12 For to the one who has, more will be given, and he will have an abundance, but from the one who has not, even what he has will be taken away. 13 This is why I speak to them in parables, because seeing they do not see, and hearing they do not hear, nor do they understand” (emphasis mine).


John 16:32 The hour is coming, indeed it has come, when you will be scattered, every man to his home, and will leave me alone; yet I am not alone, for the Father is with me.

So knowing that someone would betray or reject or temporarily abandon Him did not stop Jesus from teaching His own disciples. Even Judas received many firsthand teachings from Jesus.
Therefore, He would have gone on to explain things properly and in more detail (until they “got” it) to the disciples of John 6 who deserted Him because they couldn’t accept the Real Presence and eucharistic realism. He didn’t, precisely because they understood and were hardhearted. When Jesus knows that (speaking generally now), He explains no further, but challenges (e.g., Matthew 23 and the hypocrisy of the Pharisees), or falls silent (as in most of His trial). And that is what happened in this instance. The “argument from parables against the Catholic interpretation of John 6” thus falls flat; it collapses in a heap.
Moving on now to portions of the follow-up post: The Purpose of Parables:

Mark 4:10-12 10 And when he was alone, those around him with the twelve asked him about the parables. 11 And he said to them, “To you has been given the secret of the kingdom of God, but for those outside everything is in parables, 12 so that “they may indeed see but not perceive, and may indeed hear but not understand, lest they should turn and be forgiven.”

This further confirms my argument, because note that the secrets are told not just to the Twelve but also to “those around him with the twelve.”
This could mean that Jesus uses parables to increase the crowd’s understanding. However, then I would have to believe that when Jesus does speak plainly to the crowds, they don’t understand him. Really? The examples of the crowds and the Jewish leaders taking up stones to kill him in other parts of the Scriptures should remove all doubt as to whether they understood Him or not. No, it’s the parables that the crowds don’t understand, not the plain teaching. If Jesus wanted to be understood by everyone, then why didn’t He just stick to plain teaching? And the text is clear about the reason why:“…but to them it has not been given.” Even in this very passage, John 6:41 ff., the Jews understood exactly what Jesus meant–that He was pre-existent with the Father and came down from heaven.
That’s right. He explains to His disciples, and that is who the listeners in John 6 were. But He didn’t explain further there when they started grumbling and murmuring. Therefore, this shows (via plausibility by extensive direct analogy of similar scenarios) that they disbelieved His teaching (which is the Real, Substantial Presence in the Holy Eucharist). They refused to give the assent of faith, even with an incomplete understanding, and so left.
And Luke, as I said, puts it more starkly:

“…To you it has been given to know the secrets of the kingdom of God, but for others they are in parables, so that ‘seeing they may not see, and hearing they may not understand’ (Luke 8:10, emphasis mine).

Why does He say this? Well, because Jesus is quoting from Isaiah 6 (as He clearly states in Matthew 13:13-15) in which Isaiah has a vision of the Lord, at which time the Lord gives him instructions:

8 And I heard the voice of the Lord saying, “Whom shall I send, and who will go for us?” Then I said, “Here am I! Send me.” 9 And he said, “Go, and say to this people: ‘Keep on hearing, but do not understand; keep on seeing, but do not perceive.’ 10 Make the heart of this people dull, and their ears heavy, and blind their eyes; lest they see with their eyes, and hear with their ears, and understand with their hearts, and turn and be healed.”

Yep. I think you have argued yourself into a corner, by noting correctly that Jesus reveals secrets to His disciples. That clinches the very argument I was trying to make in my original post. You did much of my work for me. Thanks! Much obliged! :-)
The fact that Jesus always does this proves that it was not a matter of mere misunderstanding (thinking the Eucharist was cannibalism and suchlike). They refused to (willed not to) believe and exercise faith (as Abraham did, when he didn’t understand God’s purposes). They were like Doubting Thomases. And what they rejected was eucharistic realism: precisely as Protestants today do. It requires more faith than symbolism or mystical, spiritual presence (whatever that is, beyond the omnipresence that is always occurring). They didn’t yet have it, and they decided not to try to stick around in order to get it.
Often, belief in the Real, Substantial Presence of Jesus Christ in the Eucharist or transubstantiation, is the first thing a Catholic ditches, on the way out of the Catholic faith. Many, sadly, have the skeptical outlook of the former disciples of John 6. This flies against the Bible itself and the overwhelming consensus of the greatest teachers in the early Church. And that ought to give anyone significant pause.

Meta Description: Explanation of how the literal nature of Jesus’ teaching in John 6 is fundamentally different from the symbolism inherent in parables. 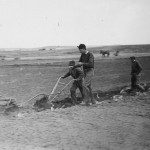 May 16, 2016
Luther: Scripture Easily Grasped by "Plowboys"
Next Post 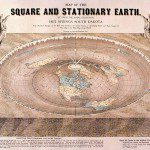 May 17, 2016 Flat Earth: Biblical Teaching?
Recent Comments
0 | Leave a Comment
"If only more traditionalist Catholics were prepared to be more charismatic; especially in developing their ..."
tolpuddle1 Catholic Charismatic Movement Defended
"Just remember if you ever feel you have less followers, or others try to make ..."
Love God :) Reactionary Steve Skojec Pontificates My Irrelevance
"Thanks for the encouragement, and may God richly bless you, fellow defender!"
Dave Armstrong Chris Ferrara & My Debates w ..."
"I have been working to defend our Holy Father Pope Francis, for years now. In ..."
Love God :) Chris Ferrara & My Debates w ..."
Browse Our Archives
get the latest from
Biblical Evidence for Catholicism
Sign up for our newsletter
POPULAR AT PATHEOS Catholic
1