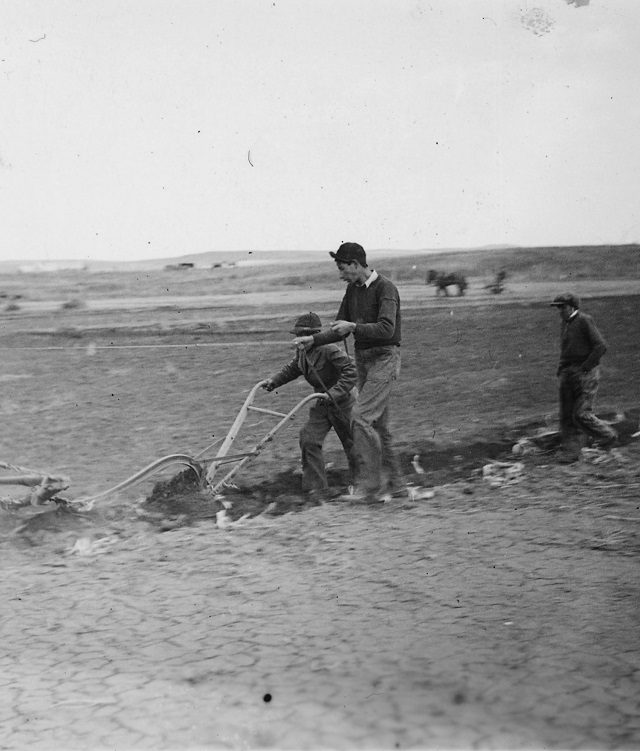 Plowing with a horse drawn plow in an irrigated garden in Porcupine District. Department of the Interior. Bureau of Indian Affairs. Standing Rock Agency (May 1938) [public domain / Wikimedia Commons]

This is one of those proverbial-type pieces of information that is commonly assumed by people to be from a particular source, yet not always (if ever) documented; much like Luther’s alleged statement whereby he compared a justified man to “snow on a dunghill” — which turns out to be remarkably difficult to find (as I discovered when I set out to find it), even if he did ever state such a thing. I had picked up somewhere or in several places, this notion of Luther comparing the ease of Scripture reading to a scenario where even a “plowboy” could understand it. Here are my own past statements:

Martin Luther made a famous remark to the effect that even a “plowboy” could interpret Scripture in the main without the necessary help of the Church. Again, the Bible is obviously not perspicuous enough to eliminate these differences, unless one arrogantly maintains that sin always blinds those in opposing camps from seeing obvious truths, which even a “plowboy” (Luther’s famous phrase) ought to be able to grasp. (Introduction to A Biblical Defense of Catholicism; completed in 1996, p. xvi / Appendix One, p. 245)

This is the Protestant notion of private judgment and the nearly absolute primacy of individual conscience (Luther’s “plowboy”). (More Biblical Evidence For Catholicism, originally published in 2002; ch. 9, p. 82; also in an Internet paper from which this chapter was drawn)

I still say it arose out of Luther’s determination to dissent against all prior Tradition on some points. To do that he had to do exactly what he did at Worms: eliminate Church and Tradition as obligatory binding authorities and adopt Scripture Alone (and a supposedly clear, plowboy-level Scripture). (11-13-02)

What becomes of Luther’s proverbial “plowboy,” then, interpreting the Scriptures on his own? (11-29-05)

There was a reason that I picked this up: it is commonly brought up by lots of people (and by no means, not all Catholics), when discussing Martin Luther. Here are some examples:

My plan was to see the Wartburg — the Castle where Luther, driven into hiding by the Imperial ban, spent his days and nights translating the New Testament, so that even a plowboy could read Christ’s very words. For this reason he devoted tireless energy to translating the Bible into the German vernacular, so “any plowboy could hear Christ’s word” . . . (Lutheran John Warwick Montgomery, In Defense of Martin Luther, Milwaukee: Northwestern Publishing House, 1970, 157, 165; note the direct citation of Luther, but unfortunately no primary source is provided; my emphases)

Dr. Montgomery, in a book of four years later, writes similarly. The source is (frustratingly!) again not certain, because it’s not clear what citations he is referencing:

When we stand awestruck in that little cell at the Wartburg castle where Luther strove to translate Scripture so “every ploughboy could hear God’s Word” and see there a printed edition of Luther’s translation with his painstaking marginal corrections – to bring his rendering into the closest verbal accord with the original – and remember that he kept up this “sweat and toil” all his life to produce editions of his German Bible always better than the earlier ones; can we doubt that he was serious in claiming that only belief in Scripture as entirely Christ’s Word sustained him? “No one would have persuaded me by favors or gold to translate a book,” he said more than once; “I have done it for the sake of my Lord Christ.”

Martin Luther said, “A plowboy with a Bible knows more than the pope.” Why would Luther think that a German-speaking plowboy, who is characteristically uneducated, possessing only a German translation of the Bible (which was probably translated from a Latin translation of the Bible), could know more about God than the pope? . . . The plowboy, by contrast, could read God’s Word for himself. He didn’t know one bit of Greek, Hebrew, or Aramaic. He knew nothing about rabbinical tradition or Hellenistic culture. But he didn’t need them. He had a Bible, and that was enough. He could read the Word of God in his own language, study the context of each passage (as he leaned on his plow) and understand the heart of God. . . . Learning culture is an essential part of learning. But, like the plowboy, we can get all the culture we need reading the biblical author’s text itself—if we read it in its context. Generally speaking, the meaning of any word in question can be clarified by the other words around it—the context. (source; my emphases)

Dr. C. Michael McMahon, a Calvinist, traces a Luther utterance about a “plowboy” to his debate with Johann Eck in Leipzig in 1519:

He brought forth the truth of God and stated “The plough-boy with scripture is mightier than the greatest Pope without.” (source)

Here is another related reference from Martin Luther, not directly applicable to biblical reading and interpretation, but interesting:

The Pope ought to humble his eminence below the position of the plow-boy. (Luther’s Christmas Sermons, translated by John Nicholas Lenker, Minneapolis: The Luther Press, 1908, p. 90)

Lutherans themselves speak in these same terms, indicating that it is a commonly accepted description of Luther and his approach to the Bible (scarcely different from how I wrote about it, myself):

1. BIBLE: We who desire to preserve true Lutheranism should prayerfully study Holy Scripture, God’s verbally inspired Word and revelation. The chief instrument in the Reformation of the sixteenth century was the open Bible, translated for every plow-boy to read and understand. We believe that the preservation of true Lutheranism will require the use of Bibles that faithfully translate God’s word in the language of the people. (“The Future of Confessional Lutheranism in the U.S.A.,” Rev. M.F. Bartling, 1971; my emphasis)

So do prominent Protestant evangelical magazines:

Thus, Luther and the other Reformers worked to translate the Scriptures so that no priest, pope, or council needed to stand between the plowboy and the Word of God. (“1456: Gutenberg Produces the First Printed Bible”; Christian History & Biography, October 1, 1990)

Martin Luther’s viewpoint concerning the perspicuity or clearness of Scripture pretty much presupposes a scenario that would include the notion of a plowboy understanding Scripture (as a subset of the class of people who understand Scripture), even if he didn’t specifically state this. This is most obvious in his 1525 work, The Bondage of the Will, in its sections on the clarity of Scripture, and in his comments about “schoolboys,” etc. understanding Scripture:

He says in Isaiah “My counsel shall stand “and my will shall be brought to pass. (Isa. xlvi. 10.) Is there any schoolboy who does not understand what is meant by these words (counsel, will, brought to pass, stand)? (Part I; section xi; p. 36 in Edward Thomas Vaughan translation, 1823; my emphasis)

You are looking for a knot in a bulrush. These expressions do not make Scripture obscure, or such as must be modulated according to the varieties of the hearer; except that some people are fond of making obscurities where there are none. These are matters of grammar: the sentiment is expressed in figurative words; but those, such as even schoolboys understand. How ever, we are talking about doctrines, not about figures of speech, in this cause of ours. (Part I; section xxv; p. 77 in Vaughan translation; my emphasis)

Luther was not alone in using this word picture, and had some illustrious company. John Wycliffe (c. 1330-1384), the so-called “morning star of the Reformation” also did:

I will cause that every plowboy in the fields shall be able to read it [Scripture]. (source)

If God spares my life, I will take care that a plowboy shall know more of the Scriptures than you do. (source; see also many other references to this, and a second source)

I would have these words [i.e., the New Testament] translated into all languages, so that not only Scots and Irishmen, but Turks and Saracens might read them. I long for the ploughboy to sing them to himself as he follows the plough, the weaver to hum them to the tune of his shuttle, the traveller to beguile the dullness of his journey with them. (source; also alluded to here; my emphasis)

We conclude, then, that Luther did utter this observation, implying that even plowboys could rather easily understand Scripture. Luther apparently didn’t argue the point; he assumed it. John Warwick Montgomery, a renowned Lutheran scholar and apologist, traces it to Luther’s time in the Wartburg Castle near Eisenach in Germany, from April 1521 (right after appearing at the famous Diet of Worms) till February 1522. It is perhaps found in the Table-Talk (but not in the English versions available online; thus indicating that it may only be in a German edition). If that is the case, it probably derives from a later date, with Luther referring to the earlier period and his Bible translation efforts that occurred during that time.

He utters similar sentiments about “schoolboys” in The Bondage of the Will in 1525. Other scholars mention another “plowboy” reference, deriving from the Leipzig Debate of 1519. William Tyndale likewise refers to essentially the same notion, and we know that he was highly influenced by Luther, and was also a Bible translator (so does Wycliffe some time earlier, and Erasmus). This proverbial word picture or slogan of sorts, has now become part of the Protestant ethos, signifying the clearness or “perspicuity” of Scripture, which is regarded as plain enough for a “plowboy” to understand.

Meta Description: Luther did utter this observation, implying that plowboys could easily understand Scripture. He apparently didn’t argue the point; he assumed it. 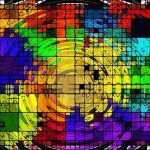 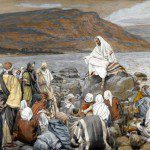 May 17, 2016 John 6, the Eucharist, & Parables (Dialogue)
Recent Comments
0 | Leave a Comment
Browse Our Archives
get the latest updates from
Biblical Evidence for Catholicism
and the Patheos
Catholic
Channel
POPULAR AT PATHEOS Catholic
1