“Work Out Your Own Salvation” & Protestant Soteriology 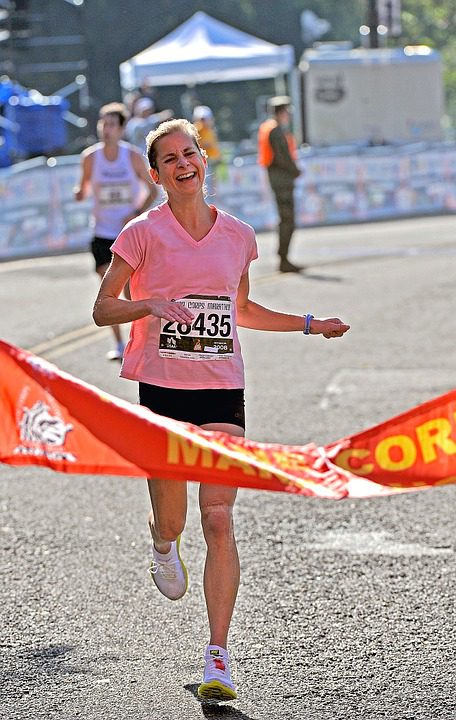 Words of Baptist pastor Ken Temple are in blue. I used this passage in a paper demonstrating synergism and human cooperation with the distribution of salvation and grace.* * * * *

Philippians 2:12b-13 (RSV) . . . work out your own salvation with fear and trembling; for God is at work in you, both to will and to work for his good pleasure.

I commented about this passage in my other paper: “If someone says that God is mentioned in the second part, the Calvinist ‘monergist’ still has to explain how a human being can participate at all in what only God can do (according to the monergist).”

In truth, the two doctrines of the sovereign and overruling power of Divine grace, and man’s power of resistance, need not at all interfere with each other. They lie in different provinces, and are (as it were) incommensurables. Thus St. Paul evidently accounted them; else he could not have introduced the text in question with the exhortation, Work out or accomplish your own salvation with fear and trembling, for it is God which worketh or acts in you. So far was he from thinking man’s distinct working inconsistent with God’s continual aiding, that he assigns the knowledge of the latter as an encouragement to the former . . . It is quite certain that a modern Predestinarian never could have written such a sentence [as Philippians 2:12-13].

Of course. I never claimed otherwise. When I implied this it was a use of sarcasm, according to the purpose of reductio ad absurdum in the previous paper (that is, not something I actually believe; I was making fun — with my notorious dry wit — of what many Protestants mistakenly think Catholics believe).

Work it out, what God has put in you; make it manifest by obedience, because God is in you.

No problem with that. I only object to the insinuation that this process has nothing to do with salvation. It clearly does, because Paul uses the word “salvation.” What could be more clear than that? One can read in theological presuppositions if they wish, but that is eisegesis, and not the way to properly interpret Holy Scripture.

I understand all that. My recent post detailing Luther’s true teaching about the necessity of good works proves this. Again, your mistake lies in relegating this passage to sanctification, when that is not what the text says. Your position holds that sanctification has nothing formally, directly to do with salvation. But the text uses the word “salvation”; therefore, your position that it is about sanctification rather than salvation is utterly incoherent.

We are co-laborers with Christ. I Cor. 3:9 Monergism does not preclude our choices and will and actions and deeds and efforts in sanctification in manifesting the reality of salvation that God works in the heart, both to will and to work His pleasure. Again, monergism is only about the fact that God alone regenerates at the beginning because the soul is dead; like a dead battery. “you were dead in your trespasses and sins.” Ephesians 2:1

No need to reiterate this. I understand it. But it is helpful to readers who are unacquainted with the Calvinist position.

Once God makes your heart alive, you must choose to obey and He give you the power and motivation to do that.

See Ezekiel 36:26 also, When God takes the stoney heart out and replaces it with a new soft pliable heart; then He causes them to walk in His statutes.

That’s right. The only problem, Ken, is that the verse does not separate sanctification and justification, as Protestants arbitrarily do. It is saying, rather, that we have the salvation and we also have to “work it out.”

If we didn’t have the salvation in some sense (we would call it regeneration or initial justification), then we wouldn’t be able to “work it out.” On the other hand, If we have it and we are working it out, then it is impossible to separate this “working” from salvation itself and put it into a little neat airtight compartment called “sanctification.” And it is impossible to act as if the salvation was already obtained in one instant of justification, and thus assured forevermore. The Bible has a word for sanctification that could easily have been used here if indeed that is what Paul actually meant. He uses the other word himself, elsewhere.

If you’re working out salvation, then obviously, the “working out” has to do directly with the salvation. According to your theology, the verse ought to say:

Work out your sanctification, in which you are grateful to God for your salvation and justification.

But of course it does not. So in order to avoid the implications you have to play with the text and eisegete, and force it into an unbiblical Protestant soteriology. And this is only one of many many such passages.

Moreover, if this is merely the usual Protestant scenario of “doing good works in obedience and gratefulness for the justification already obtained by God’s free gift of grace and imputed justification” then for what reason is the person “in fear and trembling”? What is he afraid of, or worried about, or vigilant to obtain? If you’re simply doing good deeds to show God how much you love and thank Him for the irrevocable past gift of salvation, that you are absolutely sure you have already, why would you be scared and trembling?

It makes no sense; no more than would the analogy of a child who pleases his mother or father by washing the car or doing the dishes doing so in fear and trembling. Not at all. There is nothing to fear! The child is in fear and trembling when he or she fears being punished or displeasing parents, not when doing something nice for them, in love.

I think it is rather obvious, then, that Paul is teaching a vigilance in staying in a state of grace with God, lest we fall out of it (precisely as Catholics — and to a large extent, Protestant Arminians — hold). That is more than enough cause for “fear and trembling.” Hence, Paul writes, along the same lines:

1 Corinthians 9:24-27 Do you not know that in a race all the runners compete, but only one receives the prize? So run that you may obtain it. Every athlete exercises self-control in all things. They do it to receive a perishable wreath, but we an imperishable. Well, I do not run aimlessly, I do not box as one beating the air; but I pommel my body and subdue it, lest after preaching to others I myself should be disqualified.

Galatians 5:1, 4-7 For freedom Christ has set us free; stand fast therefore, and do not submit again to a yoke of slavery. . . . You are severed from Christ, you who would be justified by the law; you have fallen away from grace. For through the Spirit, by faith, we wait for the hope of righteousness. For in Christ Jesus neither circumcision nor uncircumcision is of any avail, but faith working through love. You were running well; who hindered you from obeying the truth?

Philippians 3:8-17 Indeed I count everything as loss because of the surpassing worth of knowing Christ Jesus my Lord. For his sake I have suffered the loss of all things, and count them as refuse, in order that I may gain Christ and be found in him, not having a righteousness of my own, based on law, but that which is through faith in Christ, the righteousness from God that depends on faith; that I may know him and the power of his resurrection, and may share his sufferings, becoming like him in his death, that if possible I may attain the resurrection from the dead. Not that I have already obtained this or am already perfect; but I press on to make it my own, because Christ Jesus has made me his own. Brethren, I do not consider that I have made it my own; but one thing I do, forgetting what lies behind and straining forward to what lies ahead, I press on toward the goal for the prize of the upward call of God in Christ Jesus. Let those of us who are mature be thus minded; and if in anything you are otherwise minded, God will reveal that also to you. Only let us hold true to what we have attained. Brethren, join in imitating me, and mark those who so live as you have an example in us.

1 Timothy 4:1 Now the Spirit expressly says that in later times some will depart from the faith by giving heed to deceitful spirits and doctrines of demons,

Meta Description: Dialogue with a Baptist about “working out [one’s] salvation.” What does it mean? How does it square with Protestant theology? 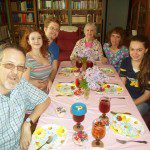 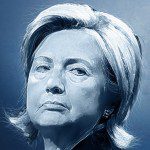 May 5, 2016 15 Reasons Why Donald Trump Wins in November
Recent Comments
0 | Leave a Comment
Browse Our Archives
Follow Us!