Catholics & the Historicity of Jonah the Prophet

Catholics & the Historicity of Jonah the Prophet February 16, 2017 Dave Armstrong 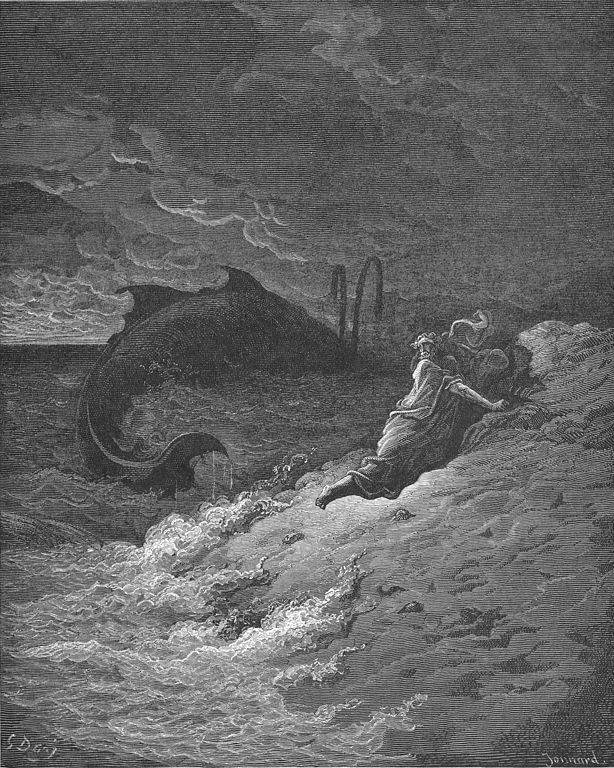 Regarding Jonah, the straightforward sense would seem to be that he was an actual historical person, as were all the prophets. The book about him, after all, is included in the prophetic writings in both the Christian and Jewish Bibles. We don’t deny that any of the other prophets (to my knowledge) were actual persons; why should Jonah be any different, then?

Beyond that, Catholics have usually taken the position that Jonah was an actual person and that this event (with the “fish” and so forth) really happened. Note that the fish incident is not even necessarily a miracle. There is reason to believe it could have literally happened on a natural level. But God, of course, would have used the fish (some sharks are large enough to swallow a man, though it is difficult to conceive surviving the wounds of all those teeth) or whale for His purposes, in His Providence. Recently, of course, liberals in the Church have taken the view that the book was fantastic allegory or fiction, with a message. For example, John L. McKenzie, S. J.:

Modern students of the Bible, observing the historical and geographical background of the book, know that Jonah is a parable, as fictitious a composition as the Prodigal Son or the Good Samaritan; and they seek the truth which is there conveyed in the form of a story.

(The Two-Edged Sword: An Interpretation of the Old Testament, Milwaukee: The Bruce Publishing Co., 1956, 202)

It’s the usual liberal condescension of those who follow traditional Catholic teaching, by, in effect, collapsing the honorable category of “literal” or narrative into “parable” and “fictitious.” The implication is that those who accept the plain literal presentation are gullible, a bit infantile (kids love fairy tales, after all) and unsophisticated. If you’ve seen it once, you’ve seen it a hundred times . . .

In fact, quite intelligent (even “modern”!) Catholics have taken a different view. How about the late Fr. John A. Hardon, S. J., a scholar who authored many books, was one of the leading catechists in America, and close advisor to both Pope Paul VI and Mother Teresa’s Missionaries of Charity:

Jonah. An Israelite prophet, son of Amittai. Unlike the books of the other Minor Prophets, the short book of Jonah (only four chapters) is narrative rather than oracular. . . . he lived in the eighth century B.C. . . . To evade Yahweh’s assignment, Jonah had fled in a ship but a terrible storm led to his being thrown overboard and being swallowed by a huge fish . . . The story uses an actual personality to teach a moral lesson: God’s mercy is at hand provided man is willing to repent.

Catholics have always looked upon the Book of Jonah as a fact-narrative. In the works of some recent Catholic writers there is a leaning to regard the book as fiction. Only Simon and Jahn, among prominent Catholic scholars, have clearly denied the historicity of Jonah; and the orthodoxy of these two critics may no longer be defended: “Providentissimus Deus” implicitly condemned the ideas of both in the matter of inspiration, and the Congregation of the Index expressly condemned the “Introduction” of the latter.

Reasons for the traditional acceptance of the historicity of Jonah:

According to the Septuagint text of the Book of Tobias (xiv, 4), the words of Jonah in regard to the destruction of Ninive are accepted as facts; the same reading is found in the Aramaic text and one Hebrew manuscript. The apocryphal III Mach., vi, 8, lists the saving of Jonah in the belly of the fish along with the other wonders of Old Testament history. Josephus (Ant. Jud., IX, 2) clearly deems the story of Jonah to be historical.

The authority of Our Lord

This reason is deemed by Catholics to remove all doubt as to the fact of the story of Jonah. The Jews asked a “sign” — a miracle to prove the Messiahship of Jesus. He made answer that no “sign” would be given them other than the “sign of Jonah the Prophet. For as the Jonah was in the whale’s belly three days and three nights: so shall the Son of man be in the heart of the earth three days and three nights. The men of Ninive shall rise in judgment with this generation and shall condemn it: because they did penance at the preaching of Jonah. And behold a greater than Jonah here” (Matthew 12:40-1; 16:4; Luke 11:29-32). The Jews asked for a real miracle; Christ would have deceived them had He presented a mere fancy. He argues clearly that just as Jonah was in the whale’s belly three days and three nights even so He will be in the heart of the earth three days and three nights. If, then, the stay of Jonah in the belly of the fish be only a fiction, the stay of Christ’s body in the heart of the earth is only a fiction. If the men of Ninive will really not rise in judgment, neither will the Jews really rise. Christ contrasts fact with fact, not fancy with fancy, nor fancy with fact. It would be very strange, indeed, were He to say that He was greater than a fancy-formed man. It would be little less strange were he to berate the Jews for their real lack of penance by rating this lack in contrast with the penance of Ninive which never existed at all. The whole force of these striking contrasts is lost, if we admit that the story of Jonah is not fact-narrative. Finally, Christ makes no distinction between the story of the Queen of Sheba and that of Jonah (see Matthew 12:42). He sets the very same historical value upon the Book of Jonah as upon the Third Book of Kings. Such is the very strongest argument that Catholics offer for the firm stand they take upon the ground of the fact-narrative of the story of Jonah.

The authority of the Fathers

Not a single Father has ever been cited in favor of the opinion that Jonah is a fancy-tale and no fact-narrative at all. To the Fathers Jonah was a fact and a type of the Messias, just such a one as Christ presented to the Jews. Saints Jerome, Cyril, and Theophilus explain in detail the type-meaning of the facts of the Book of Jonah. St. Cyril even forestalls the objections of the Rationalists of today: Jonah flees his ministry, bewails God’s mercy to the Ninivites, and in other ways shows a spirit that ill becomes a Prophet and an historical type of Christ. Cyril admits that in all this Jonah failed and is not a type of Christ, but does not admit that these failures of Jonah prove the story of his doings to have been a mere fiction. . . .

It is recorded that Jeroboam II (782-753) ‘restored the borders of Israel . . . according to the word of the Lord the God of Israel, which he spoke by his servant Jonas, the son of Amathi, the prophet, who was of Geth, which is in Opher’, 4 Kg 14:25 [2 Kings 14:25]. As this prophet and his father have the same names as the prophet of our book and his father, it can hardly be doubted that they are the same persons. Our prophet was, therefore, probably a contemporary of Jeroboam and a member of the Northern Kingdom. (p. 669)

This is highly important in showing Jonah’s historicity, because he is mentioned in what all agree is historical narrative. The chapter of 2 Kings 14 is filled with historical writing and persons (the kings of Judah and Israel: Joash, Amaziah, Jehu, David, Jehoash, Jeroboam, and their fathers). In the middle of all these historical persons (that no one — even liberals — doubt as historical, we are led to believe that the historical narrative suddenly switches to mere fiction and parable, in mentioning Jonah and his father (complete with the place name of where they lived). Right after they’re mentioned, it talks about God and the “affliction” of Israel, then back to King Jeroboam, succeeded by King Zechariah.

Until recent times, however, the historical character of this narrative was never seriously doubted in the Church. Now several Catholic authors, such as Van Hoonacker and Condamin, have denied or questioned it. They explain the book as a parable or in some similar way.

He goes on to list defenses of the book’s historicity by Church fathers Augustine, Jerome, Cyril of Jerusalem, Gregory of Nazianzen, and Theophylact, and concludes:

That the book has an important lesson to teach is not, of course, a proof of its being parabolic. (p. 670)

A closer examination of the text . . . shows that numerous features of the narrative can scarcely be fitted into the allegorical pattern. If the whale represented Babylon, what did Nineveh represent? As for the ship that set sail from Joppa, it is hard to see what this would correspond with in the allegory, nor is it clear why three days would be selected to represent seventy years of captivity. . . .

In view of the vigorous objections of rationalists to the historicity of Jonah, it is appropriate at this point to refer to the statements of the Lord Jesus . . . Every other instance where an Old Testament typical event is referred to in Scripture (for example, John 3:14; 1 Cor. 10:1-11), a historical episode is involved. There is no objective evidence whatsoever that Jesus of Nazareth regarded this experience of Jonah’s as nonhistorical.

Archer (p. 302) also provides several accounts of men swallowed by whales who survived, from the years 1758, 1771, and 1891. In the latter case (carefully investigated by two scientists) the man (one James Bartley) was inside a sperm whale for a day and a half. Thus, what happened to Jonah is entirely possible and has, in fact, been observed. 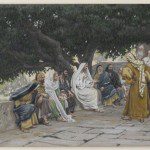 February 17, 2017 “Armstrong vs. Geisler” #1: Purgatory (Mt 12:32)
Recent Comments
0 | Leave a Comment
Browse Our Archives
get the latest from
Biblical Evidence for Catholicism
Sign up for our newsletter
POPULAR AT PATHEOS Catholic
1 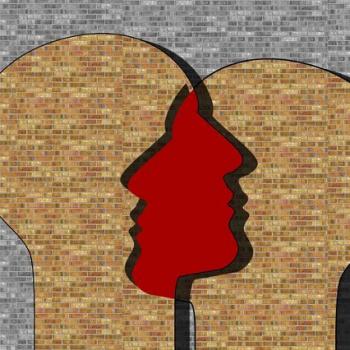