(For example, His Views on Marriage and Sexuality) 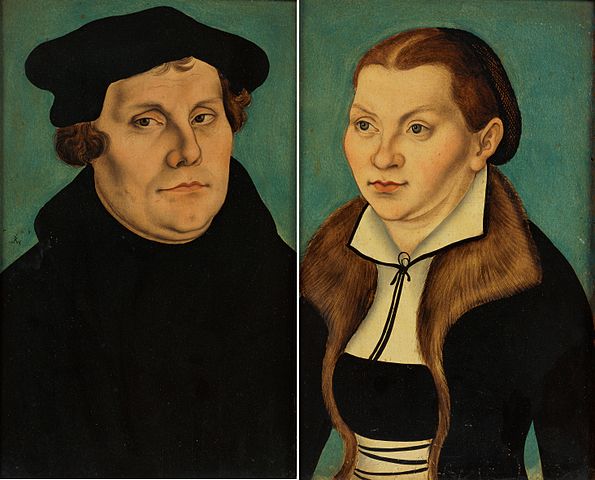 Diptych with the Portraits of Luther and his Wife (1529), by Workshop of Lucas Cranach the Elder (1472-1553) [public domain / Wikimedia Commons]

A friend of mine wrote me a letter, asking:

Where can I find the context of this quote from Luther? I found it in Degenerate Moderns [E. Michael Jones] p.146 and it is quoted from [19th century Catholic biographer of Luther] Denifle p. 290 (not sure what book):

There were no difference between the married state and whoredom, were not God willing to close his eyes to it.

Just want to make sure what I think I’m reading at first glance is really the context of his writing.

I replied (fleshed out a bit for this paper):

I would be wary of quotes (particularly isolated ones) from Heinrich Denifle (he had a notorious anti-Luther bias) and from contemporary Catholic writer E. Michael Jones (who has a tendency towards extreme rhetoric and sometimes sensationalism). If no context was provided, it is all the more questionable (as to the impression given). With statements from Luther, especially, it is always of the utmost importance to:

1) Look at the context, and especially the purpose of any given writing.

2) Understand his overall teaching on the subject at hand.

3) Understand that he often utilized extreme sarcasm and hyperbole: sometimes deliberately expressing ideas (in jest) that he didn’t actually believe; toying with adversaries, etc. His Table-Talk is “notorious” for this.

Also, one has to know a little bit about his theology of sin and salvation. For Luther, in one sense everything even good men do is sinful, but at the same time, in another sense, it can be “good” by God’s imputation. I would suspect that is what he was driving at with this statement, but if there is no reference to some primary work where context can be consulted, it should be ignored as (standing by itself) a confusing or even deceiving “half-truth.”

We mustn’t treat even our theological opponents unfairly and unjustly. There is more than enough actual error in Luther’s teaching, from a Catholic perspective, without having to make up additional errors and distort and twist his views by cynically selective citations taken out of context. Our duty as Christians is to be truthful about the views of those we disagree with. It’s not optional.

Today you find many people who do not want to have children. Moreover, this callousness and inhuman attitude, which is worse than barbarous, is met with chiefly among the nobility and princes, who often refrain from marriage for this one single reason, that they might have no offspring . . . [or] for fear that the members of their house would increase beyond a definite limit. Surely such men deserve that their memory be blotted out from the land of the living. Who is there who would not detest these swinish monsters? (Lectures on Genesis: Chapters 1-5, 1536; Luther’s Works, I, 118; commentary on Genesis 2:18)

The rest of the populace is more wicked than even the heathen themselves. For most married people do not desire offspring. Indeed, they turn away from it and consider it better to live without children . . . But the purpose of marriage is not to have pleasure and to be idle but to procreate and bring up children, . . . Those who have no love for children are swine, stocks, and logs unworthy of being called men and women; for they despise the blessing of God, the Creator and Author of marriage. (Lectures on Genesis: Chapters 26-30, in Luther’s Works, V, 325-328; vol. 28, 279; commentary on the birth of Joseph to Jacob and Rachel; cf. LW, vol. 45, 39-40)

Luther’s teaching on marriage is not all bad, by any stretch. In fairness to him, those wanting to know what he believed in these matters in its entirety, ought to do a fuller study, beyond quotable “weird, odd sentiments”. Any thinker (especially historically important and influential ones) deserves to have his entire thought on a subject considered, rather than just selective snippets. For a balanced treatment of Luther’s overall view of marriage, therefore, see:

The Estate of Marriage (Martin Luther, 1522)

Also, for a more critical assessment by Catholic Jesuit historian and Luther biographer Hartmann Grisar, see the chapter “On Marriage and Sexuality”, pp. 241-273 in the online book, Luther, Volume 3 of 6 (1914). 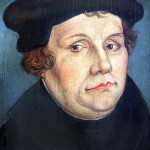 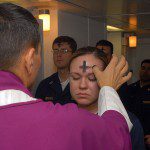