Dialogue on Sheol / Hades & the Rich Man and Lazarus

Dialogue on Sheol / Hades & the Rich Man and Lazarus May 9, 2017 Dave Armstrong 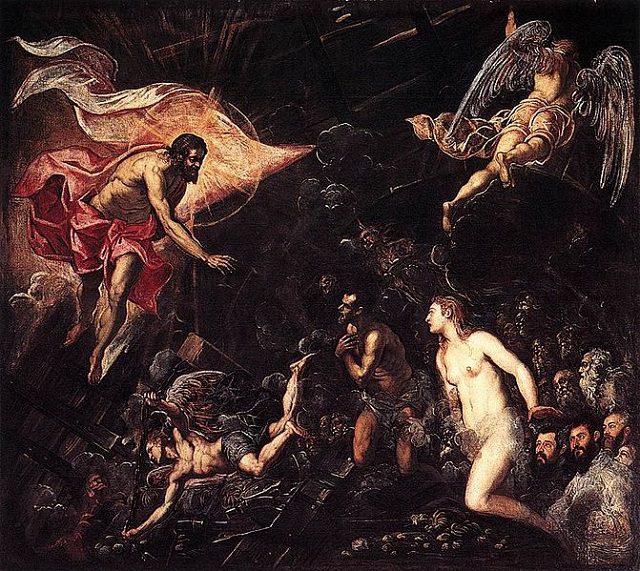 Grubb’s words will be in blue. The first comment I responded to (in green) was from fellow Catholic Keith Rickert, Jr.

How did God ultimately deal with the rebellion of his children? Did He give us some sort of cosmic spanking? Quite the opposite. He lowered himself. He appealed to our hearts, He tried to win them over through love. He lowered himself to become one of us. Even then he didn’t take to the streets telling people how wrong they were. Instead he went about healing people infirmities. He served us. Gave himself to us. Washed our feet. Then He gave up his life for us.

I’m surprised you would make this argument. Surely you know how God dealt with His rebellious children throughout the Old Testament. When Adam and Eve rebelled, they were kicked out of the garden. When the Jews rebelled in the wilderness under Moses, God judged and killed thousands of them on the spot. When the Jews rebelled over and over again with idolatry, they would often lose battles, because God wasn’t with them. Saul and his army (including Jonathan) went down this way.

After a number of bad kings, God used Nechuchadnezzar and the Babylonians to defeat Israel, destroy the temple, and lead the Jews away into captivity for over 100 years. When the Jews rejected Jesus, the Romans came in and destroyed Jerusalem and the temple once again, in 70 A.D.

The point is that, in cases of wanton rebellion and “not listening”, God would be harsh. In the OT period, this was the equivalent of the Jews being (spiritually) “children.” God was trying to get through to them the basic notion of obeying a fundamentally superior Being and Creator. So He was relatively more harsh, because that was all they could relate to at that primitive stage. God loved them the whole time. Even His judgments were an act of love. You see the analogy, I trust, by now . . .

Once Jesus and the New Covenant came, then God could exercise much more outward mercy and love and tenderness than before. But there is still a strong motif of “chastisement” in the NT, as I have shown. Indeed, purgatory itself is another analogy. Because we won’t be obedient we have to learn the hard way, and so we will have to suffer again before we can go to heaven.

Of course, if you want to go the Protestant route, where everything is all warm fuzzies and peaches and cream when you die, and you go right to the throne of God the Father, like Jesus did, then that would be the analogy there. No spanking; just pure mercy. But we believe that when we are again “infants” in terms of entering heaven, there will have to be some suffering to be endured first.

I agree with most of your comment Dave. Obviously I disagree with the “Protestant route” portion. Setting aside purgatory, God says in multiple places in the NT that true followers who are disobedient get disciplined. Heb 12:6-7 says, “because the Lord disciplines those he loves, and he punishes everyone he accepts as a son. Endure hardship as discipline, God is treating you as sons, for what son is not disciplined by his father?” That’s not to say every hardship is the result of disobedience, but I bet if each of us was honest about it, we’d agree that we have far less hardships (aka discipline) than we have disobedient actions.

He also says in Rev 3:19, “Those whom I love I rebuke and discipline. So be earnest, and repent.” God indicates in multiple places that we’ll be rebuked and disciplined by Him while we’re on earth.

There are no clear indications in the Bible that we’ll be punished after we die.

[Grubb then provided exegesis for 1 Corinthians 3, but I replied: ” I don’t have time to get into purgatory and 1 Cor 3, but I’ll do Luke 16 with ya” — he had exegeted that passage too]

The story of Lazarus:

Luke 16:22, “The poor man died and was carried by the angels to Abraham’s side. The rich man also died and was buried,”

Why wasn’t the poor man carried to purgatory first? It appears he went straight to heaven.

Nope; this is Hades, or the Limbo of the Fathers. It clearly says so in 16:23. It’s neither heaven nor hell. So it proves that there is such a thing as a third state after death and thus indirectly touches upon purgatory as a possibility of another “third state.”

Luke 16:23, “and in Hades, being in torment, he lifted up his eyes and saw Abraham far off and Lazarus at his side.”

It’s not hell. The word for hell in Greek is Gehenna. This is Sheol / Hades.

No. That’s why this isn’t referring to hell and heaven. The rich man may end up in hell. We don’t know. But we know he’s not in hell here because he still has charity towards his brothers.

This leads us to believe it’s a parable rather than a true story.

It’s called a parable, but it really isn’t. It isn’t introduced as such, and reads like true history. But even if it were a parable, Jesus couldn’t include false categories in it, because that would mislead His hearers.

Sounds more like the great divide between heaven and hell than a temporary cleansing doesn’t it?

It’s the divide between the wicked and the righteous in Hades.

Not really sure how this supports purgatory at all. It’s certainly not crystal clear in doing so.

I didn’t say it directly supported purgatory. You forget what I am responding to. This was in reply to your claim that there is no biblical indication of punishment after death. I showed you this passage which is indeed a clear instance of that. The argument for purgatory is more involved. I give many biblical arguments for that on my Saints, Purgatory, and Penance web page.

God indicates in multiple places that we’ll be rebuked and disciplined by Him while we’re on earth. There are no CLEAR indications in the Bible that we’ll be punished after we die.

I have shown that Luke 16 fits this category perfectly. You haven’t overcome that. You’ve only shown that you are confused about the various biblical categories of the afterlife.

I’ve already sparred with Bishop White on 1 Corinthians 3 and purgatory, which is one reason I don’t want to spend more time on that passage.

Thanks for responding. I’ll do some checking on your points and hope to respond later today or Monday. I know you’ve already discussed this at length, and re-discussing something over and over (even with a different person) can get old and monotonous. Maybe I’ll post my reply here and in the open forum to see if anyone else wants to discuss it. Actually, you didn’t address one of my best points. It says that Lazarus was carried directly to Abraham’s side. Why didn’t he go to Sheol for a brief cleansing?

Abraham and Lazarus and the rich man were all in Sheol. The Jews believed (and Jesus agrees by virtue of this story) that Sheol / Hades had a divide between the righteous and the wicked. Christians believe that Jesus went and “rescued” these people after His death (see Eph. 4:8-10; 1 Pet 3:19-20). The reprobate in Hades eventually are sentenced to hell (Rev 20:13-15).

Plus Abraham said no one could go from here to there or there to here, but one would go from purgatory to heaven after being purified.

That was the nature of Sheol / Hades, as determined by God. It is analogous to purgatory mainly insofar as it is a third state after death that is neither heaven nor hell, but which has foreshadowings of both, as we see in Luke 16.

If Sheol is a temporary stopping point that leads to heaven, Abraham lied; but we both know Abraham wouldn’t lie.

I don’t see why you would have to think anyone lied. Again, you need to become more acquainted with the doctrine of Hades in Scripture. It’s a fascinating topic, for sure.

Here is a Protestant page that talks about Hades and takes essentially the same position I have; and another, that is virtually identical with what I have argued in this discussion. I was making these arguments 25 years ago in debating Jehovah’s Witnesses, as a Protestant, and opposing their doctrines of annihilationism and soul sleep. It’s not just an argument used by Catholics. It’s an exegetical biblical argument that anyone can make. 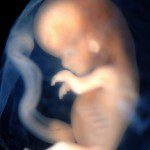 May 8, 2017
Debate: How Pro-Life is the Republican Party (Esp. the Leadership)?
Next Post 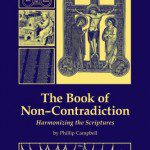 May 9, 2017 Review of "The Book of Non-Contradiction" (Phillip Campbell)
Recent Comments
0 | Leave a Comment
"Maybe. I don't know. I suspect not, because by biblical ethical standards, the US should ..."
Dave Armstrong Was Sodom Destroyed by a Meteor ..."
"It's very complex, no doubt, but it's fun to approach it on a percentage level, ..."
Dave Armstrong My DNA Ancestry (52% English, 29% ..."
"The issue is that there is much dispute in identifying qualities of those very similar ..."
Ame My DNA Ancestry (52% English, 29% ..."
"Do you think that God still deals judgment upon cities using the forces of nature?"
VicqRuiz Was Sodom Destroyed by a Meteor ..."
Browse Our Archives
get the latest from
Biblical Evidence for Catholicism
Sign up for our newsletter
POPULAR AT PATHEOS Catholic
1