Debate: How Pro-Life is the Republican Party (Esp. the Leadership)?

Debate: How Pro-Life is the Republican Party (Esp. the Leadership)? May 8, 2017 Dave Armstrong 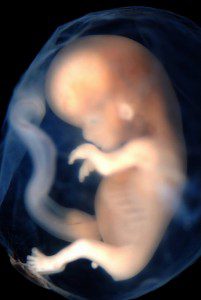 It’s silly to claim that the GOP is pretending to be pro-life, seeing that it has brought about numerous restrictions on abortion at the state level, thus leading to saving tens of thousands of babies. And how and why could that happen if the GOP as a whole and many individual Republicans aren’t serious about abortion?

I would hardly call the saving of tens of thousands of lives merely “tossing bones” (as one critic put it). The party is everyone in it, not just the leadership.

See: Tweaking the law works: Patient, incremental change in US abortion laws really does save lives. Thousands of them (James S. Cole, Mercatornet, 8-5-13)

Excerpt: “Such efforts have saved many hundreds of thousands of lives over the years, including not just unborn infants’ lives but women’s lives as well.”

The President is the leader of the national GOP, and he is getting rave reviews from the National Right to Life Committee, for his first 100 days: President Donald Trump Gets an A+ on Pro-Life Issues During His First 100 Days in Office (Steven Ertelt, LifeNews, 4-28-17)

Pro-life leaders have been almost ecstatically praising the President’s actions regarding the pro-life cause: 100 Days of Unexpected Victories: How Trump’s Been a Game Changer for Pro-Life Movement (Paul Strand, CBN News, 4-29-17)

A person claimed that Chris Christie only recently became an avowed pro-lifer (for mere political expediency). In fact, Christie has been pro-life since the late 1990s (hardly a recent about-face). As I’ve noted many times, Ronald Reagan signed into law an abortion bill in California that eventually allowed 200,000 abortion murders. That was just 13 years before he won the presidency (with his VP switching just before assuming office). Both Reagan and elder Bush had good pro-life records after their change of opinion. With Christie, we’re talking about his changing about twenty years ago.

People can change their minds. In my own life I have had at least four major conversions:

1) From nominal Methodism and devotee of occultism to evangelicalism (1977).

5) I also consciously became a distributist in the last few years, though arguably I have been one for a long, long time. I just figured out that I was, as a result of long talks in person with Rod Bennett. :-)

It appears that many who are pro-life do not want to believe that great pro-life things are happening. That’s a curious attitude, but I understand where it comes from, because I’ve observed the fashionable rhetoric of the so-called “New Pro-Life Movement” and the tired third-party “Tweedle Dee / Tweedle Dum” polemics. They simply do not stand up to the facts of the matter as regards recent pro-life gains. It’s wrong for a pro-lifer to resent or flat-out deny pro-life progress that has saved many thousands of lives, because he or she may personally detest President Trump and/or may have dissed the Republican Party in order to pursue some irrelevant, meaningless third-party cause.

It’s a very odd and morally dubious variation of sour grapes. Time was, when all pro-lifers stood together and rejoiced at lives being saved, regardless of what politician or what political party may have played a role in bringing it about. The devil has been very successful in his dirty work of dividing pro-lifers. But despite useful idiots in our camp (whose rhetoric is scarcely distinguishable from pro-abort talking-points), lives are still being saved . . . 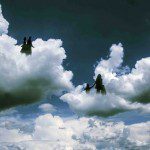 May 8, 2017
The Rapture End-Times Scenario: Catholic Refutations
Next Post 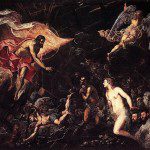