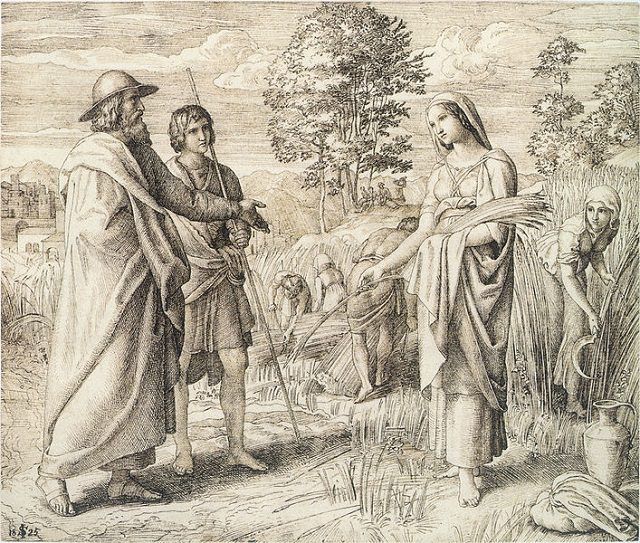 1 Corinthians 7:36-38 (KJV) But if any man think that he behaveth himself uncomely toward his virgin, if she pass the flower of her age, and need so require, let him do what he will, he sinneth not: let them marry. [37] Nevertheless he that standeth stedfast in his heart, having no necessity, but hath power over his own will, and hath so decreed in his heart that he will keep his virgin, doeth well. [38] So then he that giveth her in marriage doeth well; but he that giveth her not in marriage doeth better.

This is a fascinating topic, in that there are many good Bible translations on both sides of this issue. In editing my Victorian King James Bible (not a translation, but a hybrid combination of six Bible versions, edited by myself, to preserve KJV-style language, updated to the Victorian period), I had to decide which school of thought I would follow, and why.

I chose the father-daughter interpretation (which was actually new to me; I wasn’t aware of it before, that I recall), and I did for four reasons:

1. It seems that the translations that opt for the (implied: sexually charged) “couple” interpretation are likely exhibiting modern bias. In Bible times and throughout most of history and most cultures, arranged marriages (by parents) were the norm.

2. 7:38: “giveth her in marriage” (KJV) / “giving in marriage” (Young’s Literal) / “giveth his virgin in marriage” (Rheims) highly suggest the father interpretation, as the one “giving”; thus it is quite plausible contextually to apply it to the preceding two verses, rather than make it an abrupt change of subject from 7:36-37 to 7:38. I write more about this passage at the end.

3. The first three commentaries I consulted took the father interpretation.

4. Catholic versions favor the father interpretation: Knox and Jerusalem plainly, Confraternity in its subtitle for the section; Rheims is unclear or “neutral.”

A. Translations that follow the father-daughter interpretation are as follows: 20th Century, Weymouth (the two I drew from the most), Jerusalem, NASB, Knox, ASV, Williams, Wuest, Confraternity in its section subtitle, and NKJV, NEB, and NAB as an alternate reading in their footnotes. [8]

D. Barclay is very interesting in that it takes a strong “fiancee” interpretation of 7:36, seems to follow it in 7:37 (but it’s not totally clear), and then explicitly provides both options in the text in 7:38.

It’s notable that all the versions in section C are from the 20th century, which lends itself towards the “modern bias” interpretation of #1 above. If indeed this is a wrong interpretation (as I believe it is), it’s a classic case study of what translation bias can do to a biblical text: completely change its literal meaning. The older (and Catholic) ones are neutral or opt for the father interpretation. NASB, ASV, and NKJV follow in the tradition of KJV language and translation philosophy. But it’s a very interesting breakdown.

Here is my VKJV translation of the passage:

[36] If, however, a father thinks that he is not acting fairly by his unmarried daughter, when she is past the bloom of her youth, and if under these circumstances her marriage ought to take place, let him act as he thinks right. He commits no sin; she and her suitor should be allowed to marry. [37] On the other hand, a father, who has definitely made up his mind, and is under no compulsion, but is free to carry out his own wishes, and who has come to the decision, in his own mind, to keep his unmarried daughter at home, will do well. [38] So then he who gives his daughter in marriage does well, but he who does not give her in marriage does better.

[36] If any one thinks that he is not behaving properly toward his betrothed, if his passions are strong, and it has to be, let him do as he wishes: let them marry — it is no sin. [37] But whoever is firmly established in his heart, being under no necessity but having his desire under control, and has determined this in his heart, to keep her as his betrothed, he will do well. [38] So that he who marries his betrothed does well; and he who refrains from marriage will do better.

Note the incoherence of 7:38 in RSV: what sense does it make to say that a guy who married his fiancee “does well” (DUH!) but if he jilts her and decides not to marry her; hems and haws, takes forever or cancels it altogether (?), he “will do better”? The better choice would have been to not become engaged to her in the first place! But from the father / arranged marriage perspective it makes much more sense, because that is a much different perspective compared to a husband-to-be, and there are more arguments in favor of either choice, so that it is largely a legitimate judgment call (which the tenor of the passage bears out: see 7:37 in my version).

It seems as if the “fiancee” school has to greatly paraphrase 7:38 in order for its interpretation to fly, and that is a violation of the more-or-less literal translation approach that most Bibles take. The same applies to a lesser extent in 7:36-37. The Greek word used in those verses is parthenos (Strong’s word #3933), which Strong’s defines as “by implication an unmarried daughter” (again supporting the “father” take). KJV and Rheims translate “virgin”: which is literal. Rheims uses it again in 7:39. But RSV uses “betrothed” in 7:36 and 7:38, which seems to me to be reading into the word what isn’t inherently there, as a “virgin” is obviously not always betrothed.

There is a word for “betrothed” in the NT, that Paul doesn’t use in 1 Corinthians 7. It is mnesteuo (Strong’s #3423), which Strong’s defines as “betroth; espouse.” KJV translates it as “espoused” in Matthew 1:18, Luke 1:27 and 2:5: all passages about Mary and Joseph (“betrothed” in all three verses in RSV). So why should Paul use the word for “virgin” if in fact he was referring to an engaged woman? And why would the “fiancee” translations render parthenos as “betrothed” when it is literally “virgin” and it is, rather, the Greek, mnesteuo which is literally “betrothed”?

All of these factors taken together make it pretty clear, in my opinion, that the passage is discussing a father and his marriage-age daughter. One would then have to explain why so many translations got it so wrong. Bias from preconceived notions (the modern conception of dating and marriage) appears to be the most reasonable explanation of it, though sometimes Bible passages are indeed insufficiently clear to be beyond all alternative interpretations.

Things always go much better for us if we accept biblical teachings as they are and not try to read so much into them (eisegesis). It’s another case of tradition, English Bible translation tradition, and the Catholic Church being right (save for the notoriously bad translation, NAB), and more modern notions and (many but by no means all) Protestant translations getting it wrong. 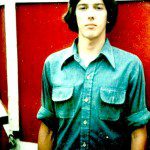 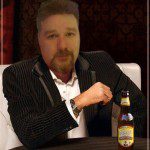 July 15, 2017 Reply to Daniel Fincke's Analyses of His Deconversion
Recent Comments
0 | Leave a Comment
Browse Our Archives
Follow Us!