Do Women Have Less of God’s Image? (Catholic Teaching) 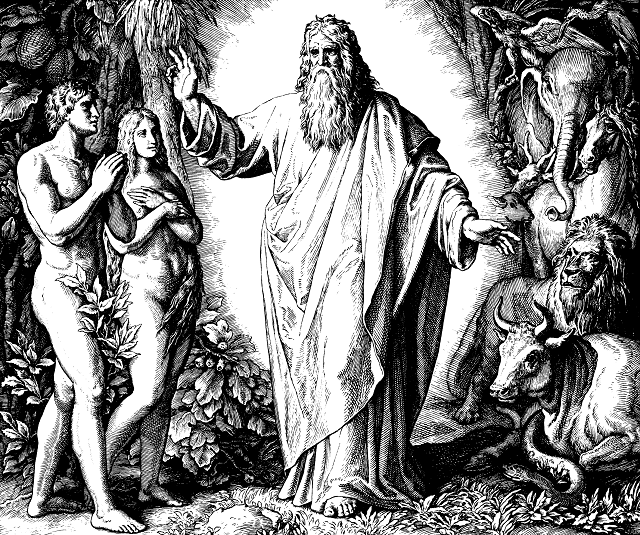 This is a “discussion” with a woman, Karen, who was responding to my paper, Radical Feminism: Replies to “Critiques” from Enlightened Ones. Her words will be in blue.

So what do you think the proper role of women is? Do you think married women or mothers should be allowed work for pay outside the home? Do you think we should serve in the military or wear skimpy bathing suits? You wrote a long article essentially stating that women shouldn’t be theologians and praising women like Alice Hilderbrand whose entire body of work can be summed by the phrase “all women but me should shut up and confine themselves to changing diapers and die young enough that their husband never have to see a grey hair or extra pound. He can always replace her with a younger prettier and more submissive wife and after all, women really contribute nothing to the world but their offspring.”

Also, tell me how a man can have authority over his wife without beating her? How can authority exist without the right to punish the underlings?

We’ve already had a display of relentlessly slanderous, non-dialogical gibberish above (far more than enough to [prove the point). And now we get more from you! Talk about overkill!

Your asinine, stupid comment about Alice von Hildebrand (not Alice Hilderbrand) — whom I have met — is enough to ignore you henceforth.

And you didn’t answer my question either. How can a husband have authority over his wife without being able to punish her?

I’m not in the habit of answering absurd “when did you stop beating your wife”-type questions. I use that saying because it is well-known, not because of the coincidental correspondence to your subject-matter.

You don’t strike me as open to dialogue with someone who disagrees with you at all. I’ve seen many other comments of yours, too, by following the link to your name. It’s all a one-note tune, looks like.

You’re a coward. You blast someone who criticizes you in an eleven year old Livejournal post and run from a direct challenge. Answer my question.

You were the one who wrote about it yesterday.

I posted a 2006 article yesterday, which was on Internet Archive (to Patheos).

#31 Created in God’s image and called to know and love him, the person who seeks God discovers certain ways of coming to know him.

#357 Being in the image of God the human individual possesses the dignity of a person,

#362 The human person, created in the image of God, is a being at once corporeal and spiritual.

#1602 Sacred Scripture begins with the creation of man and woman in the image and likeness of God . . .

#1877 The vocation of humanity is to show forth the image of God and to be transformed into the image of the Father’s only Son. This vocation takes a personal form since each of us is called to enter into the divine beatitude; it also concerns the human community as a whole.

#2335 Each of the two sexes is an image of the power and tenderness of God, with equal dignity though in a different way.

#2427 Human work proceeds directly from persons created in the image of God . . .

Genesis 1:27 So God created man [meaning here: human being] in his own image, in the image of God he created him; male and female he created them.

Genesis 9:6 Whoever sheds the blood of man [human being], by man shall his blood be shed; for God made man in his own image.

Colossians 3:9-10 Do not lie to one another, seeing that you have put off the old nature with its practices [10] and have put on the new nature, which is being renewed in knowledge after the image of its creator.

The relation of men and women in marriage makes this clearer. Your Church teaches that husbands have authority over wives who are instructed to submit to their husbands. In every other area, the person in authority has the right to enforce that authority by physical means — bosses can fire, cops can arrest, judges can sentence to prison. I want someone to state specifically how husbands exercise this authority? I never get an answer, which means either there is no real authority and the wifely submission thing is a farce or that you really do think husbands have the right to punish their wives and are afraid of the just criticism you’ll receive for saying what you really think.

Husbands are called to love their wives as Christ loved the Church: an extremely high standard indeed. That’s the Catholic teaching. One of my old pastors joked about a guy being silly and saying, “submit, woman!” He said that the wife ought to say back (based on the Bible), “get crucified, buddy!”

Jesus taught that the greatest of all was the servant of all, and He acted that way Himself. This is how married persons are to approach each other, and this was highlighted by Pope St. John Paul II.

Jesus submitted to the Father, even though He was equal to the Father. He was also subject to Joseph and Mary: mere creatures.

You still haven’t answered my question. We are taught that loving parents punish their children when the kids do wrong. Christ will punish sinners, even believers, and in fact there’s a specific verse about how God chastises his children. If a wife is submissive she will not make the decision about whether her husband is loving her; he gets to make that call as well as determining how well she does in submitting to him. So, if he thinks she’s sinning, does he have the right to punish her for it?

You seem to have Catholicism confused with fundamentalist forms of Islam.

Does a husband have the right to punish his sinning wife? Yes or no?

I’ve made it clear that I refuse to reply to idiotic questions. If you claim that the Catholic Church teaches this, then prove it. Put up or shut up. Find it in the Catechism or papal encyclicals or bishops’ letters or Vatican II: anything magisterial or even remotely so.

I’ve already shown how you have thoroughly distorted and lied about what we teach about “made in God’s image.” You don’t know what you’re talking about. You’re talking out of your head. That may work for you on other sites. It does not work here because I know too much about Catholic teaching.

If you can’t produce any evidence, then it’s time for you to move on. You’ve wasted enough of my time. 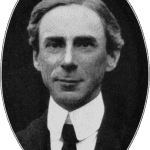 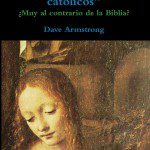