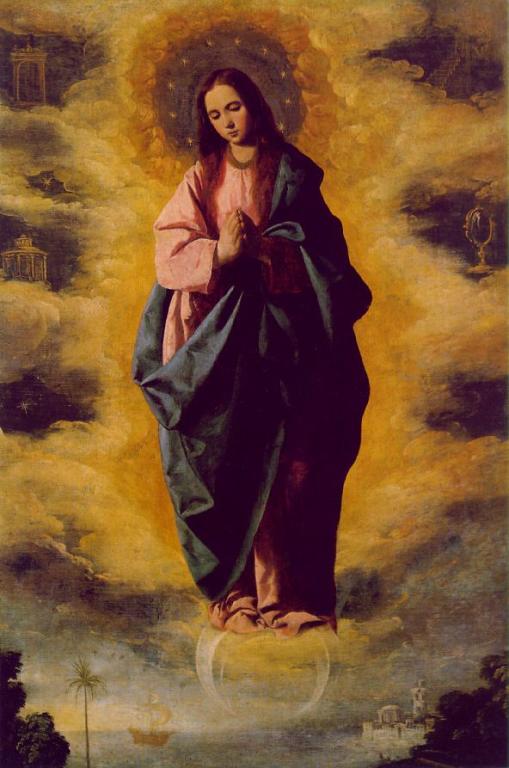 Kenneth Collins, in his chapter 15: “Mary: Why She Matters,” noted that St. Ambrose:

. . . taught that Mary’s virginity, at least in some respect, guaranteed the sinlessness of Christ. So in this configuration, virginity and holiness were so strongly associated that in order for the affirmation that Jesus was free from sin to be credible, it was thought that “Christ had to be free from the normal mode of conception.”

But this was not followed in the subsequent development of Catholic doctrine through the magisterium of the Church (official dogmatic and creedal proclamations). Individual Church fathers are not authoritative in the Catholic rule of faith. They can be wrong on particular matters. The Church at length declared that, e.g., St. Augustine was wrong on some aspects of predestination, and that St. Thomas Aquinas was wrong about the Immaculate Conception.

The problem with the analysis here is that it doesn’t seem to recognize this aspect of Catholic authority. Collins is stuck in a rut with St. Ambrose and St. Jerome, back in the 4th and 5th centuries, whereas fifteen more centuries of Catholic Mariological development have occurred. Whether he intends to or not, he leaves an impression (especially with readers less acquainted with history of doctrine) that St. Ambrose’s views in this respect are dogmatic Catholic teaching. They are not, and this is improper methodology for critiquing the Catholic view, as currently held.

It’s fine to do an historical survey of some doctrine and point out error here and there (according to one’s schema of orthodoxy). But then one ought to point out what current Catholic teaching holds (in the Introduction this was the stated aim of the authors). Collins merely does the historical theology survey and then lets it hang, as if Catholics believe this today. And of course, he has to indulge in the usual [yawn] Catholics hate sex and marriage and “normal life” because they highly praise and honor consecrated virginity schtick (even though the Bible does the same: St. Paul praises marriage as very good and virginity as better; but teaches above all that all must follow God’s individual call for them).

The fact of the matter is that Catholic teaching does not hold that a sinless or immaculate Mary was required or necessary in order for there to be a sinless Jesus. Jesus is not dependent on Mary for that at all. He is intrinsically perfectly holy, by virtue of being God. He could not ever be otherwise (impeccability). Thus, St. Augustine stated the true Catholic doctrine:

The Catholic doctrine regarding the Immaculate Conception is that it was fitting or proper. This is a type of theological thinking that is very foreign to the Protestant approach. Catholics hold that even the resurrection of Christ and the incarnation and Jesus’ death on the cross were not absolutely necessary (i.e., that it couldn’t possibly be otherwise in any conceivable “alternate world”), anymore than Mary’s immaculate conception was. God can do whatever He wants. He can declare that a human being is saved (and forgiven, and/or regenerated, justified, sanctified, etc.), based on any criterion that He so chooses, with or without all these events. But God chose to do what He did, and all these things were “fitting.”

Fittingness has biblical warrant as well:

It wasn’t absolutely necessary for Jesus to be baptized. He didn’t have to be baptized at all, because the meaning of it was for repentance and forgiveness of sins (which is why John the Baptist was puzzled). Jesus had no sins to repent of and no need for forgiveness or regeneration. But He did it because it was “fitting” as an example and in a ritualistic sense.

Fittingness as related to the Immaculate Conception goes right back to the beginning of the fully developed doctrine: with Blessed Duns Scotus (c. 1266-1308), who regarded it as “fitting” and not absolutely necessary (either for Mary’s sake or Jesus’ sake). He followed up on the thought of St. Anselm (1033-1109), who had stated: “It was fitting that the Virgin should be resplendent with a purity greater than which none under God can be conceived.”

Yet Collins feels it necessary to note that “John Calvin refuted the idea that the holiness of Christ was grounded in the virginity of Mary.” No need< Jean: Anselm and Duns Scotus had already done that 400 and 200 years earlier, and St. Augustine (citation above) some 1100 years earlier.

St. Thomas Aquinas, though not arguing in this instance for Mary’s Immaculate Conception, uses the words “fitting” and “befitting” twelve times in the section of his Summa Theologica concerning the virginity of Mary (including in partu virginity: during Christ’s birth). He uses the same terms five times in his section on the Annunciation.

But it was fitting that the mother of Christ be a holy woman, and in fact a woman who was a perfect example of holiness. Thus he prepared her for this role from the moment of her conception by giving her a special grace to preserve her from all stain of original sin.

This is why in the apostolic constitution Ineffabilis Deus, in which he defined the Immaculate Conception, Pius IX spoke of it being “fitting” that Christ’s mother would be so prepared, not that it would be “necessary” that she be so prepared.

When we go to the actual ex cathedra pronouncement of 1854 (referenced above), we find the same thing:

And indeed it was wholly fitting that so wonderful a mother should be ever resplendent with the glory of most sublime holiness and so completely free from all taint of original sin that she would triumph utterly over the ancient serpent. . . .

[S]he was entirely a fit habitation for Christ, not because of the state of her body, but because of her original grace. . . .

For it was certainly not fitting that this vessel of election should be wounded by the common injuries, since she, differing so much from the others, had only nature in common with them, not sin. In fact, it was quite fitting that, as the Only-Begotten has a Father in heaven, whom the Seraphim extol as thrice holy, so he should have a Mother on earth who would never be without the splendor of holiness.

The document contains no language of necessity, or contentions that Jesus would not be holy but for the Immaculate Conception. It was Mary who was saved by Jesus the perfectly holy Savior and God: not Jesus Who somehow “required” anything from His own creature, in order to be what He intrinsically is: holy:

[T]he most Blessed Virgin Mary, in the first instance of her conception, by a singular grace and privilege granted by Almighty God, in view of the merits of Jesus Christ, the Savior of the human race, was preserved free from all stain of original sin . . .

Cardinal Newman stated in his Sermon Notes: “Christ might have been born in the ordinary way, but other way more fitting — Immaculate Conception.”

The Father of mercies willed that the incarnation should be preceded by the acceptance of her who was predestined to be the mother of His Son, so that just as a woman contributed to death, so also a woman should contribute to life. That is true in outstanding fashion of the mother of Jesus, who gave to the world Him who is Life itself and who renews all things, and who was enriched by God with the gifts which befit such a role. It is no wonder therefore that the usage prevailed among the Fathers whereby they called the mother of God entirely holy and free from all stain of sin, as though fashioned by the Holy Spirit and formed as a new creature. 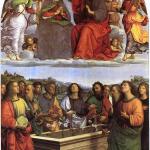 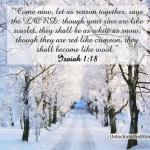 October 19, 2017 Armstrong vs. Collins & Walls #5: The Church "Gave" the Bible?
Recent Comments
0 | Leave a Comment
Browse Our Archives
get the latest from
Biblical Evidence for Catholicism
Sign up for our newsletter
POPULAR AT PATHEOS Catholic
1