Discussion on Sola Scriptura and the Rule of Faith

Discussion on Sola Scriptura and the Rule of Faith October 13, 2017 Dave Armstrong 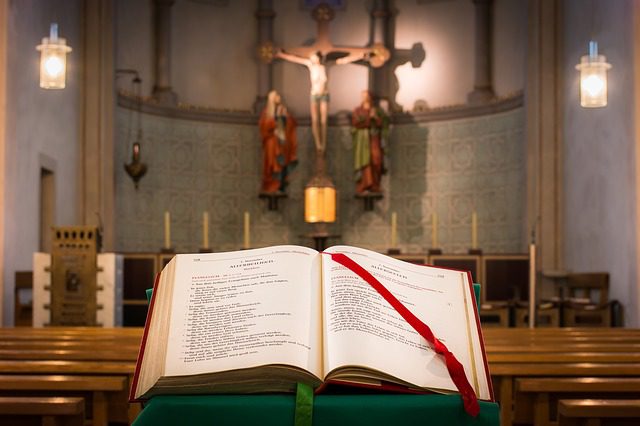 This occurred in the combox underneath my post, “1 Timothy 3:15: Sola Scriptura or Visible Church Authority?” Ulf Turkewitsch is an anti-Catholic Protestant. His words will be in blue:

I agree that Jesus’ statement about the Holy Spirit leading us into all truth means much more than the gospel. I think that the truths we can appreciate are limited by our human intelligence or ability. But God has chosen what truth to allow us to see. We can’t see and understand everything. We are hindered by our ability , by sin and by God’s sovereign will. In heaven we will see immeasurably more truth,,,,,,, but not even then all truth. That is God’s province. He is supreme and orders all creation according to His will. So inasmuch as our will is in accordance with the Divine will, we will see truth. The gospel is only a small part of the truth of God. But it is the most important truth for humans to believe. The gospel is a truth which serves as a gateway to all of God’s truth, Because it opens heaven for us.

Precisely because of our limitations, God gave us (in addition to the Bible) a visible, historical, institutional, apostolic, infallible, indefectible, authoritative Church to faithfully guide us.

You have just contradicted yourself Dave. All humans are fallible and make mistakes, even those running the denominations. Even the so called highest ecclesiastical authority, Also all institutions are fallible. This follows as a direct consequence of the first statement. Because all humans, and all institutions can be wrong therefore you cannot have a perfect church.The evidence is in history. Just to cite one I draw your attention to the crusades and the death and horror they spawned.

You can’t have a “perfect Church” if only men are involved. But you can have an infallible (not perfect) Church (in terms of its teachings and doctrines) if God has decided to supernaturally protect it: just as we have an infallible, inspired Bible (a higher category) written by men who were all sinners.

So there’s no contradiction here. There is just a lack of faith in what God can do and what He has promised to do, on your part.

The “sin argument” you raise is standard contra-Catholic fare. I have an entire web page about it. I also document the persecutions that historic Protestantism was guilty of.

You must think that I am attacking only the Roman Catholic Church with my statement of sin. I am not ! The stain of sin sullies all denominations equally. The “church”, however you wish to define it is fallible. However some have a larger burden than others, having moved away from truth, Biblically speaking , over longer time. The interpretation of the scriptures is definitely not given to any one church. Or to any one man. Or to any one authority, or magisterium. No one has a handle on the truth. The R.C. church is not the authority, nor is the Anglican. I am not saying that truth does not exist, or that humans cannot discover truth. Obviously God has provided scripture and truth.

So how do we definitively discover the truth we all agree is found in the inspired revelation of Scripture? You tell me. How do Protestants resolve their own innumerable internal contradictions, which they have not resolved in 500 years, and couldn’t resolve even in the first twenty years of their movement, as sects started proliferating wildly? They can’t because their rule of faith is viciously self-contradictory and therefore, can never (and has never) worked in practice.

I have studied that Scripture in great depth for now 40 years and I find in it many instances of the notions that Church and apostolic tradition are infallible: precisely as Catholics contend. On the other hand, I find nowhere in Scripture, the idea that only Scripture is infallible, and Church and tradition not so. Thus, I have written two books against sola Scriptura: both concentrating overwhelmingly on biblical arguments, and one in response to the two men considered by Protestants to be the best historical defenders of sola Scriptura.

Unfortunately, you are an anti-Catholic, as this comment of yours, 23 days ago, proves:

When one considers the roman catholic system one sees the same situation in blue. The church system is apostate and corrupt but it is still possible that there are true believers in it. My next question is, what does a new believer do when he realises the nature of the evil system he is now in?

And again, seven months ago, you wrote:

Read the Bible and there you will not find the various doctrines of the Catholic Church under the leadership of the pope. Read church history from a reputable scholar and you will learn of the great evil of that organization. Who would want to have any part of such a corrupt and worldly apostasy.

[if my opponent responds again, I’ll add it and counter-reply] 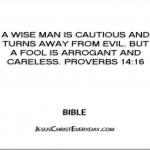 October 13, 2017
On [Not?] Calling People "Fools": Biblical Reflections
Next Post 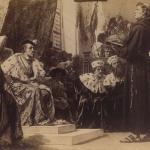 October 14, 2017 Why Luther Was Excommunicated: Debate with a Lutheran
Recent Comments
0 | Leave a Comment
Browse Our Archives
get the latest updates from
Biblical Evidence for Catholicism
and the Patheos
Catholic
Channel
POPULAR AT PATHEOS Catholic
1