Why Luther Was Excommunicated: Debate with a Lutheran 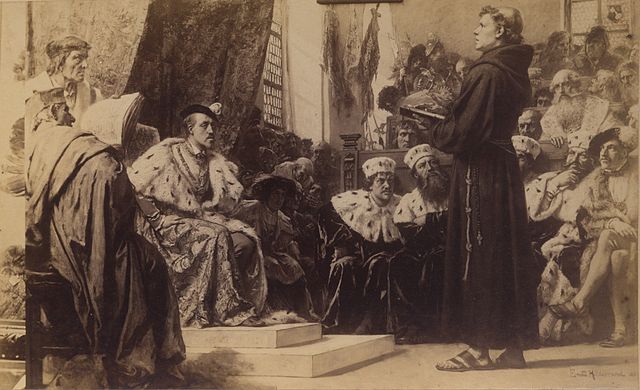 Earlier today I noted that the Orthodox were having a field day misrepresenting a meme I posted about the Crusades, and engaging in ludicrous attempts at reading my mind and thoughts. Now on the Catholic Answers board a paper of mine about Martin Luther is being unfairly pilloried. Oh, how I long for actual rational argument when folks disagree with me! It’s like asking for elephants to fly, I reckon.

The paper in question is this one: 50 Ways In Which Luther Had Departed From Catholic Orthodoxy by 1520 (and Why He Was Excommunicated).

This is not just a bare list that I pulled out of a hat. It was a summary of Luther’s own opinions, that I meticulously cite (30 quotations straight from him) from two of his three great treatises from 1520: To the Christian Nobility of the German Nation and The Babylonian Captivity of the Church.

A guy who goes by “Topper17” cited my paper as to reasons why Luther was excommunicated. Then “EvangelCatholic”: a Lutheran, started saying stupid stuff about the paper (as usual, not dealing with it and the actual arguments and documentation in it. Anything but the subject at hand . . .). So he writes:

Topper’s remarks and the source of his information is complete and intentional distortion. The List of 50 doctrines ascribed to Luther is blatant dishonesty. (Comment #292, 8-11-14)

First off, much attributed to Luther is taken out of context in a clumsy manner that suggests character assassination [yellow journalism]. And this is why Topper’s method is dishonest.

To the contrary, the information was gathered in a very matter-of-fact way, from Luther’s two treatises (again, 30 quotes from them). All I did was later summarize in 50 points what he stated, as I just showed from his own words. This Lutheran gentleman is more than welcome — indeed, highly encouraged — (here or on my blog) to try to challenge anything I have asserted, and whether Luther in fact did not believe any given thing on the list and whether he did not think any of them were contrary to the Catholic Church. Luther certainly intended to oppose all these things that he believed were false Catholic teachings and practices. But all this guy can do is moan and groan about alleged dishonesty and quotes out of context (the oldest “no answer” diversionary tactic in the book of sophistry and empty rhetoric).

Luther believes this stuff. The burden of proof for the critics is to demonstrate that he did not in fact believe any of the 50 things. Moreover, the point wasn’t to run down Luther; it was a direct reply to those who say that Luther was run out of the Church for no reason, and not allowed to have his say.

In order to show the falsity and irrationality of that claim, I “turned the table” and simply documented the sorts of things that Luther was talking about in 1520, before the Diet of Worms: stuff that he was asked to retract and was unwilling to do so. I was showing how no institution would ever countenance a lone guy coming in and saying, “here are 50 things that you guys have all wrong, and I know better. Now, change these things, to be in accord with my opinions and that of the Bible . . . “

Nor is it “calumny and detraction” to attempt to understand what Luther was opposing, and to document it so people know the sorts of things that were “on the table” at the famous Diet of Worms” (you know, “here I stand” and all that . . .). Unless it is “blatant dishonesty” to cite Luther’s own words . . . Gee whiz; I’m citing the words of “EvangelCatholic” here; so now I am guilty of “blatant dishonesty” against him too?

My list was derived directly from Martin Luther. I make other lists of Martin Luther, too, of a much more favorable sort, such as: Luther on Theosis and Sanctification and on how Luther believes that Good Works Prove Authentic Faith.

If you or anyone else would like to say that Armstrong’s list of 50 things is ‘spurious’ or ‘blatantly dishonest’, or any such other false and generalized [sic] I would suggest that you go on to his blog and make the accusation directly. But if you do, please let us all know first because I want to watch. As the author of more than 40 books, and as one who is not afraid to tell the truth, he has had to deal with those who challenge his honesty often. It always turns out the same way, so like I said, please give us notice.

As of yet, I’ve seen no sign of anyone coming over to challenge me directly, with actual arguments, as opposed to empty, flatulent rhetoric and insulting catch-phrases. But that was only two days ago, so . . .

While I have not read the book, Dave Armstrong has always appeared on his blog to be a fair, though quite strident, Catholic apologist. He has many good things to say about Martin Luther, as well. The problem with the list offered has more to do with lack of context, catch phases that do not explain Luther’s views thoroughly.

The paper has been available online these past eight years. The name was given on the site by Topper. Anyone can find it online and read it. The link is above. But “EvangelCatholic” doesn’t do that, or else he would see that I gave 30 Luther quotes and then summarized what his beliefs in the quotes were. If they want more context with the quotes, those works of Luther are available online. Knock your socks off, guys! I would love to actually debate any of this. The water’s warm . . .

I think there are many thoughtful, bright, spiritually committed Lutherans who could have a good constructive discussion about this and hold their own. I know them. But they’re not all active online.

I actually joined the Catholic Answers forum to directly challenge the slanderer who wanted to accuse me of dishonesty. After essentially posting the above, I also added the following:

Here are online editions of the two treatises of Martin Luther from 1520 that I drew my list of 50 things from:

To the Christian Nobility of the German Nation

The Babylonian Captivity of the Church

Now, you . . . who claim I have engaged in “complete and intentional distortion” and “blatant dishonesty” and “character assassination” and “yellow journalism” : prove it, by demonstrating that I nefariously misrepresented anything or took anything out of context. Put up or shut up. I suggest in all charity, for your sake, that you retract and take the latter course.

Or you can do nothing, and I think that will speak loudly enough, too, if you choose that path. Or you can insult me (and Topper) more (sans rational argumentation or documentation, as you have been doing). Your choice. God knows the truth of the matter.

Note: the Luther texts I used in both instances were from the paperback Three Treatises: itself drawn from the 55-volume Luther’s Works. I have that entire set in hardcover in my own library, and even one of the recent additions to it (Vol. 59). The two versions I linked to above are from earlier editions (1910 and 1930, respectively), so there will be some difference in wording.

Almost needless to say, my accuser never responded. All in a day’s work of Catholic apologetics . . .

Anglican Church historian Dr. Edwin Woodruff Tait certainly has a very different take on my argument here. I just ran across this comment of his underneath my original blog post:

Great post, Dave. I might argue with you as to whether all of the points you list are contrary to binding Catholic teaching . . . But you’re certainly right that they were all contrary to received Catholic understanding. And your main point is indisputably right. This is one of the emptiest and most frustrating Protestant arguments. A lot of folks in Lutheran/Reformed circles have a lot invested in denying Luther’s radicalism. What particularly frustrates me is that they often use the work of my doktorvater, David Steinmetz, to support their position, when in fact Steinmetz’ work does no such thing (his essay on Luther and the Councils demonstrates how radical and unorthodox Luther was on the question of Church authority). 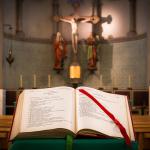 October 13, 2017
Discussion on Sola Scriptura and the Rule of Faith
Next Post 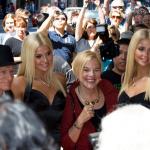 October 14, 2017 Dialogues on the Sexual Revolution & Weinstein's Victims
Recent Comments
0 | Leave a Comment
"Agree 100%, as usual!"
Dave Armstrong “Anti-Catholic”: Scholars Use it Both as ..."
"I have always found it helpful to distinguish between non-catholics and anti-catholics. A non-catholic is ..."
Porphyry “Anti-Catholic”: Scholars Use it Both as ..."
"It continues to boggle the mind that people can be so utterly, thoroughly, and totally ..."
Arkanabar Pope’s “Querida Amazonia”: Reactionaries Step in ..."
"See the links I gave at the end, and you'll get plenty of that. But ..."
Dave Armstrong Mary Mediatrix vs. Jesus Christ the ..."
Browse Our Archives
Follow Us!