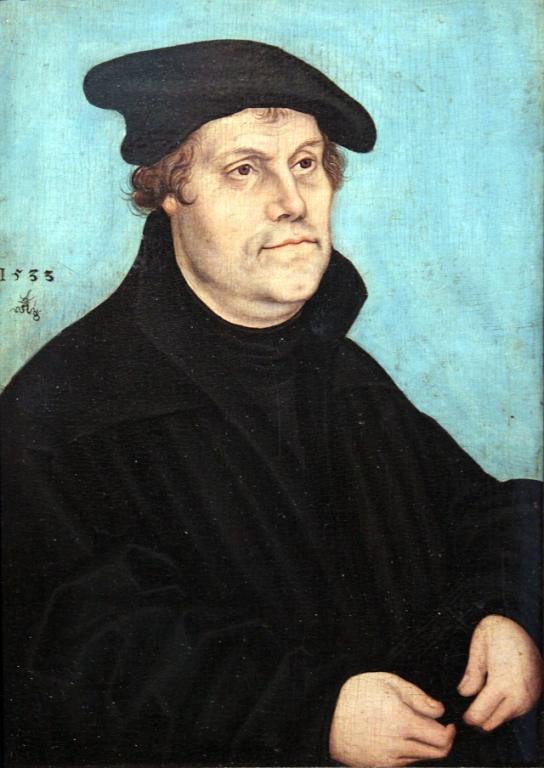 . . . open, mortal sins, such as adultery, homicide, fornication, theft, robbery, usury, slander, etc. The purpose to avoid these sins belongs properly to sacramental Confession, and to confession before God it belongs at any moment after the sins have been committed; according to the word of Ecclesiasticus, “My son, hast thou sinned? Do so no more, but ask pardon for thy former sins,” [Ecclus. 21:1] and again, “Make no tarrying to turn to the Lord.” [Ecclus. 5:8] (A Discussion of Confession, 1520; tr. C. M. Jacobs; in Works of Martin Luther, Volume I [Philadelphia: A. J. Holman Co.: 1915]; note how Luther cites a deuterocanonical book)

For we can in no better way learn how to distinguish between greater and lesser sins than by noting the order of the Commandments of God, although there are distinctions also within the works of each Commandment. For who does not know that to curse is a greater sin than to be angry, to strike than to curse, to strike father and mother more than to strike any one else? (Treatise on Good Works, March 1520; tr. W. A. Lambert; in Works of Martin Luther, Volume I [Philadelphia: A. J. Holman Co.: 1915])

They all teach that it is not necessary to confess venial sins, but because I say it, it must be heresy. [sarcasm at the end] (An Argument in Defense of All the Articles of Dr. Martin Luther Wrongly Condemned in the Roman Bull, Dec. 1520; tr. C. M. Jacobs; in Works of Martin Luther, Volume III [Philadelphia: A. J. Holman Co. and The Castle Press: 1930])

It is, accordingly, necessary to know and to teach that when holy men, still having and feeling original sin, also daily repenting of and striving with it, happen to fall into manifest sins, as David into adultery, murder, and blasphemy, that then faith and the Holy Ghost has departed from them [they cast out faith and the Holy Ghost]. For the Holy Ghost does not permit sin to have dominion, to gain the upper hand so as to be accomplished, but represses and restrains it so that it must not do what it wishes. But if it does what it wishes, the Holy Ghost and faith are [certainly] not present. For St. John says, 1 John 3:9: Whosoever is born of God doth not commit sin, … and he cannot sin. And yet it is also the truth when the same St. John says, 1:8: If we say that we have no sin, we deceive ourselves and the truth is not in us. (Smalcald Articles, 1537, Part III, Article III. Of Repentance., section 43)

[Lutheran apologist Nathan Rinne, writing about Luther’s opposition to antinomianism, stated: “Luther is not denying, but is rather upholding, the distinction between venial and mortal sins. Simply put, venial sins are done vs. the renewed will of the Christian, while mortal sins are done with his full consent and pleasure . . .” See also an article of his about the same topic]

Apology for the Augsburg Confession

[written by Philip Melanchthon in 1530]

The adversaries feign that faith is only a knowledge of the history, and therefore teach that it can coexist with mortal sin. Hence they say nothing concerning faith, by which Paul so frequently says that men are justified, because those who are accounted righteous before God do not live in mortal sin. . . . [48]

But since we speak of such faith as is not an idle thought, but of that which liberates from death and produces a new life in hearts, [which is such a new light, life, and force in the heart as to renew our heart, mind, and spirit, makes new men of us and new creatures,] and is the work of the Holy Ghost; this does not coexist with mortal sin [for how can light and darkness coexist?], but as long as it is present, produces good fruits, as we will say after a while. . . . [64-65]

. . . They say that these passages of Scripture, (which speak of faith,) ought to be received as referring to a fides formata, i.e., they do not ascribe justification to faith except on account of love. Yea, they do not, in any way, ascribe justification to faith, but only to love, because they dream that faith can coexist with mortal sin. . . . [109-110]

Nor, indeed, is this faith an idle knowledge, neither can it coexist with mortal sin, but it is a work of the Holy Ghost, whereby we are freed from death, and terrified minds are encouraged and quickened. [115]

[T]he distinction between mortal and venial sins has enjoyed a place within the dogmatic tradition of Lutheranism. 16th century theologian Martin Chemnitz discusses this distinction at length in his Loci Theologici [1586]. Chemnitz makes the following points:

1) From God’s perspective, all sins, no matter how insignificant, are mortal and “worthy of the curse and eternal death” (II:675). He approvingly cites Luther: “Mortal sin and venial sin are distinguished from each other not on the basis of the substance of the deed involved or according to some difference in the sin committed, but on the basis of the person or because of the difference of those who commit the sin.” There are of course degrees of gravity between sins and so “there are also degrees among the damned because of the difference in their sins. Yet all are in damnation” (II:675).

2) Consequently, it is difficult to know when a person has committed a mortal sin in this life, but Chemnitz suggests the following criterion: mortal sins in the regenerate can be recognized “when the regenerate refuse to repent, do not fight against sin but indulge in wicked lusts and knowingly and willingly act upon them. For where there is no repentance, there there is no faith, and no grace. When a person refuses to repent, at the same time the Holy Spirit is driven out and faith is lost” (II:676). And with the loss of faith the grace of God, the remission of sins, and the inheritance of eternal life are lost “and the person is again guilty of the wrath of God, eternal death, and condemnation” (II:678).

Yet even still, the person who has committed mortal sin may be saved by repentance and the return to Christ.

3) Sins are venial in the regenerate when they are accompanied by the struggle against sinful desires and continual repentance. Even if a person consents to sin, the sin is demonstrated to be venial if he immediately repents of his sin:

Even if the fires of depraved lusts in their great power take the regenerate as captives either to the point of consent or to the actual performance of some evil work, yet if they immediately repent in sorrow and in faith seek forgiveness, it is certain that the Holy Spirit has been grieved or hurt, but not yet crushed, and faith and the grace of God have not been lost. For the Holy Spirit works in the regenerate that he may rise again as a righteous person, even if he falls seven times in a day. (II:679)

Chemnitz is clear, however, that repentance involves more than just an acknowledgement of sin but a change in behavior: “For what kind of nonsense is it to devise for ourselves a license to sin and in our hearts to say, ‘It will do no harm as I say to myself that I am repenting’” (II:681). This is the appearance of repentance; it is not true repentance. 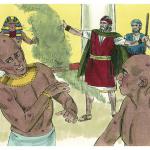 October 30, 2017
Does God Ever Judge People by Sending Disease?
Next Post 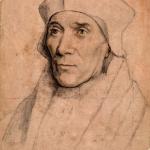 October 31, 2017 Luther on the Deaths of Zwingli, St. Thomas More, & St. John Fisher
Recent Comments
0 | Leave a Comment
Browse Our Archives
get the latest from
Biblical Evidence for Catholicism
Sign up for our newsletter
POPULAR AT PATHEOS Catholic
1