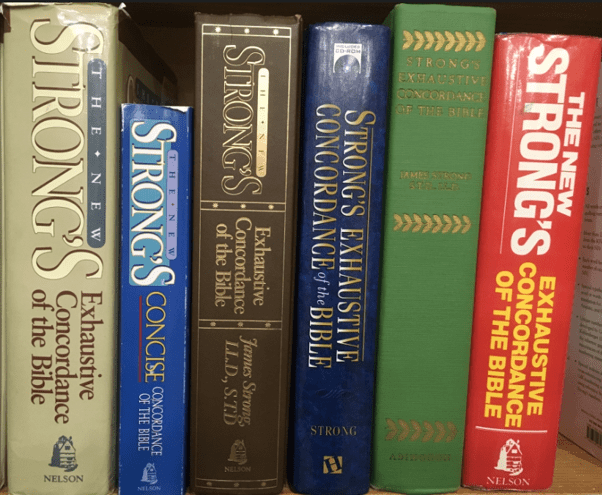 Laymen (like myself) ought to be encouraged to use lexical, linguistic biblical reference works such as Kittel, Vine, Vincent, Robertson, Thayer, Wigram’s Englishman’s Greek Concordance, Strong’s Concordance, etc., even though they don’t know Greek themselves. This is, after all, the purpose of these works. For example, the learned, respected Bible scholar F. F. Bruce writes in his Foreword to my Vine’s Expository Dictionary of New Testament Words (1952: for one-volume edition):

. . . Mr. Vine’s work . . . makes available for the ordinary reader the expert knowledge contained in the more advanced works [he had just mentioned Grimm-Thayer, Moulton-Milligan, and Bauer as tools for the “student of Greek”] . . . Casual readers will hardly realise the wealth of ripe learning, the years of hard work, of which they may reap the fruit in this work . . .

Likewise, W. Graham Scroggie wrote in the original Foreword (1940): “Mr. Vine has done a great service to the non-academic reader of the New Testament, and those also who are most familiar with the original tongue may learn much from these pages.”

These reference works were designed precisely and specifically to be of such service to non-scholars and lovers of the Bible. In the standard lexical work, Kittel’s Theological Dictionary of the New Testament, translator and organizer Geoffrey Bromiley (one-volume edition) wrote in the Preface:

[T]his single-volume condensation of the nine volumes, this ‘little Kittel,’ has been prepared and is being offered to what is hoped will be a much wider Christian public.

Earlier he had mentioned the “size and the technical nature” of the nine-volume original, which might have “inhibited many Bible students who might have profited from its essential insights.”

Again, on the back of my copy of Thayer’s Greek-English Lexicon, it reads: “Even for those who know no Greek or Hebrew, there are limitless possibilities for accurate, thorough, and fruitful word studies.”

This is the perspective in all these works. A. T. Robertson writes in his own Preface to his well-known and greatly respected six-volume Word Pictures in the New Testament:

The readers of these volumes . . . are expected to be primarily those who know no Greek or comparatively little and yet who are anxious to get fresh help from the study of words and phrases in the New Testament, men who do not have access to the technical books required . . . Others who are without a turn for Greek . . . will be able to follow the drift of my remarks.

Marvin Vincent had the same aim when he prepared his widely-used four-volume Word Studies in the New Testament some 40 years previously:

The critical student of the Greek Testament will . . . understand that the book has not been prepared with any design or expectation of instructing him. It has in view, first of all, those readers whose ignorance of Greek debars them from the quickening contact of the original words . . .

It will be a great joy to me, if, by this attempt to break the shell of these words of life, and to lay bare their hidden jewels, I may help a Bible-student here and there to a clearer vision of that cross which is the centre and the glory of the Gospel.

I close with words from the Introduction to my book, A Biblical Defense of Catholicism:

The widespread existence of evangelical Protestant Commentaries and various Lexicons, Bible Dictionaries, Concordances and so forth, for the use of laypeople, is based on a presupposition that individuals without formal theological education can arrive at conclusions on their own. This is largely what I am attempting presently. The only difference is that I am willing to modify or relinquish any conclusions of mine which turn out to be contrary to the clear teachings and dogmas of the Catholic Church, whereas the quintessential Protestant ultimately can stand on his own (like Luther), “on the Bible,” against, if need be, the whole Tradition of the Christian Church.

Addendum. Many of these reference works (and related Hebrew ones and other classic Bible reference volumes) are now available online for free:

7) Marvin Vincent’s Word Studies in the New Testament (one / two).

9) Keil and Delitzsch Commentary on the Old Testament. 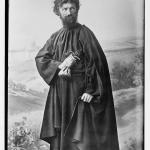 November 25, 2017
Assurance of Instant Salvation? / Apostasy / Falling Away
Next Post 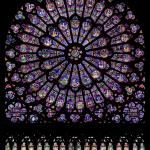 November 27, 2017 "Catholicism Refuted" (?): "Father" / Purgatory / Statues / Confession
Recent Comments
0 | Leave a Comment
"Well, one thing about Pope Francis, he seems to give as good as he gets. ..."
Dave G. How Dare Pope Francis Defend the ..."
""Science is the only tool we have for understanding reality" is perhaps one of the ..."
Ed Bee Brief Exchange with Atheists (Including Archaeology)
"You're the one missing my point. He cannot and will not do so. No pope ..."
Dave Armstrong Reply to Fr. Thomas Weinandy: Pope ..."
"You're both missing my point. Under the structure of the Catholic Church's system of authority, ..."
Kyllein MacKellerann " Reply to Fr. Thomas Weinandy: Pope ..."
Browse Our Archives
get the latest updates from
Biblical Evidence for Catholicism
and the Patheos
Catholic
Channel
POPULAR AT PATHEOS Catholic
1