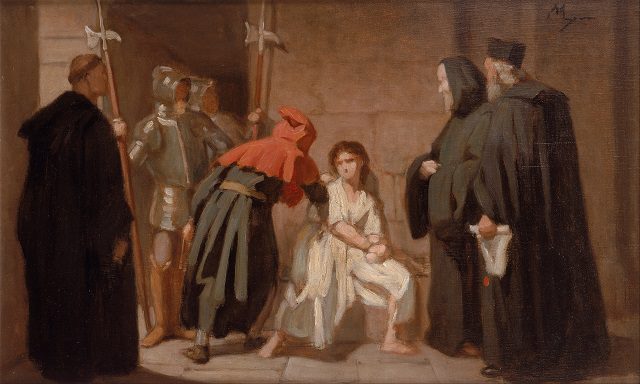 This was drawn from a discussion on the Inquisition (that is, a gross caricature of the real thing) in a combox for the Reformed Protestant Green Baggins website (starting at comment #218). The words of John Bugay: now a regular contributor at the notoriously anti-Catholic and perpetually fact-challenged Boors All blog, will be in blue.

The inquisitors generally preferred not to hand over heretics to the secular arm for execution if they could persuade the heretic to repent: Ecclesia non novit sanguinem. For example, under Bernard Gui, a famous inquisitor working in the area of Carcassonne (in modern France), out of over 900 guilty verdicts in fifteen years of office, 42 people ended up executed. [less tan 5%]

Other treatments derived from serious historians, not polemicists and propagandists with an ax to grind, yield similar results, for sure: in the low thousands, not multiple millions.
*
Another helpful article is “How many people died from the Inquisition?” at Answers.com. It states:

The number of people who died in the various inquisitions across Europe is difficult to determine, but the number of victims can be numbered in the thousands, not the millions, as a previous respondent stated. The entire populations of Europe would have been wiped out if inquisitors had killed in those numbers! Even though the Spanish Inquisition lasted for hundreds of years, the Inquisition was held primarily in small areas in France, Spain and Italy.

For example, the Spanish Inquisition, assuredly the most vigorous and corrupt of the various inquisitorial bodies that existed in Europe, held 49,000 trials between 1560-1700 and executed between 3 and 5,000 people [6-10.2%].

I suggest read[ing] Edward Peter’s Inquisition for the most up-to-date analysis of the topic, including the myths that have arisen surrounding the inquisitions.

As for how many deaths may be attributed to the various inquisitorial bodies, I’m not certain who the previous contributor refers to when he states that “those who thoroughly study the inquisition” agree that the death toll was in the millions, but he or she is quite wrong on multiple levels. I am unaware of any modern historian who would accept such ridiculous numbers, and it has nothing to do with whether or not they are Christian. Again, for a general treatment of the various inquisitions, read Edward Peters’ Inquisition, and for a more specialized treatment, turn to Richard Kieckhefer’s Repression of Heresy in Medieval Germany. [several typos corrected]

Myths abound in this area (as in Most Things Catholic), which is why I took it upon myself to collect many serious articles about the topic, on my web page, Inquisition, Crusades, and “Catholic Scandals”, to correct the record.
*
I’ll accept your trashing of Oxford for what it’s worth.
*
I see. So now demanding a minimum of documentation for what is an immediately questionable claim, is “trashing”? You still have given me no reason whatever to accept your claim that 5 million or so were killed by Catholics.
*
Dave Armstrong — you’re the one who came in to a very civil discussion, and in responding to a joke, you brought up witch hunts and things like that.
*
I should not have to provide any further documentation when it is “Oxford” on the label. The image is a bitmap, clearly not altered, and Dr. James White is an extremely reliable source.
*
Let all note that John Bugay has refused to offer solid historiographical documentation for the alleged fact that Catholics killed nearly five million people. He accepts this source merely because it was published at Oxford and has that word in its title. And this is all the more astonishing given the fact that he writes regularly for a blog that prides itself (not always accurately, I might add) on minute historical accuracy, and constantly, relentlessly chides Catholics for actually or supposedly botching historical facts (especially regarding Martin Luther) and citing things out of context. One would hope he could achieve a minimum of historical accuracy when discussing the Inquisition(s) and not fall prey to this silliness.
*
Note also the high irony and humor here. I immediately (in 2004) gave up a figure from a particular source when reason and the facts (produced by someone — Eric Svendsen — who was a severe critic of mine) warranted and demanded it.
*
But John Bugay refuses to give up his figure of “4,951,000” supposedly killed by the Inquisition, obtained from the very same source, merely because “Oxford” is in its title, and (as we all know), one need not “provide any further documentation” when that hallowed word is on the label (as if Oxford has always been a bastion of pro-Christian sentiment and is never guilty of any bias against any form of Christianity).
*
I agree that, by and large, stuff out of Oxford is fairly good scholarship (I use, for example, The Oxford Dictionary of the Christian Church from my own library all the time), but to make this a principle in order to avoid the obvious responsibility of backing up one’s (highly dubious) numerical claims with solid, reputable historiographical research, is beyond absurd.
*
I told you guys, it wasn’t the reference work itself, it was how it was being used. It was the integrity of those using it.
*
Oxford stands behind its work.
*
By the way, telling your readers [in the combox for this post] that “Bugay has refused to back up his ridiculous claims. He has been nailed on this, and I think he knows it, so he is avoiding, rather than retracting or admitting he doesn’t know what he is talking about…” is not a good way to win friends.
*
Telling the truth sometimes makes it hard to be friends with some folks. I continue to have no reason to believe otherwise, unless you inform me of one.
*
This latest URL of yours proves nothing; it merely begs the question at hand: whether mere association with Oxford is sufficient to prove that a particular claim made in a book published by said university is true or not [this is essentially a form of the genetic fallacy]. I am demanding (quite reasonably so) documentation from scholars (all non-Catholic ones if you wish) directly familiar with the Inquisition and the Middle Ages, for the absurd nearly five million figure of casualties from the Inquisition that you wish to stand by.
*
Imagine what your buddy at the blog you are now writing for would say if I claimed that some claim about Martin Luther were true simply because it was published in a book put out by Oxford University. I would be laughed and mocked to scorn over there (I have, anyway, for speaking “controversial” historical truths, on many occasions). But you can do it when it comes to Catholicism.
*

Here are a few examples of ridiculous anti-Catholic inflation of the execution numbers of the various Inquisitions (not posted in the thread above):

Since history books have been largely rewritten, few people know specific details of this murderous campaign that lasted over 1,200 years, killing 75 million people. . . . the very beast that slaughtered up to 75 million Protestants, . . . We will quote Catholic documents just as they were printed, so you can see the true face of this beast that slaughtered 75-100 million people over 1,200 years; . . . (“The True Face of the Roman Catholic Inquisition”)

Prior to 1960, libraries in America were filled with books on the Inquisition. Today however, very few can be found. . . . Why has the Inquisition been covered up? Because the total number of victims of this atrocity reached about 68 million people.

They were Bible-believing Christians, Jews and even Roman Catholics like Joan of Arc, Savanarola, Giordano Bruno and Galileo etc., who were destroyed by the Inquisition carried out by the “Holy Office.” The victims were always found guilty. They never knew who accused them. They never had lawyers, and no one would dare lift a finger to help. (“The Last Great Inquisition!!”)

Victor Hugo estimated the number of the victims of the Inquisition at five million, it is said, and certainly the number was much greater than that if we take into account, as we should, the wives and husbands, the parents and children, the brothers and sisters, and other relatives of those tortured and slaughtered by the priestly institution. To these millions should properly be added the others killed in the wars precipitated in the attempt to fasten the Inquisition upon the people of various countries, as the Netherlands and Germany. (“The Horrors of the Church and its Holy Inquisition”)

Dr. Peter Ruckman [a KJV-Only goofball], in his two-volume book set on Church history, states that 50 million people were murdered during this period. Roman Catholic writer, John Cornwell also writes how 1-10 million were murdered during the Inquisition period alone, with 10,000 females (many under the age of ten) perishing in Germany (Sunday Times, 23/8/98.) (“The Inquisition: A Medieval Holocaust!”)

Before someone stands up so freely for the RCC I think they should watch this video to understand how they killed and tortured over 50 million bible believing Christians during the Catholic Inquisition whose only heresy was that they would not pay homage to the Pope and place him on equal ground with Jesus Christ and owned a Bible which was strictly forbidden by the RCC so that they know not the truth…. remember Protestant in this regards was deemed as someone who “protested” such blasphemy.

This posted from Richard Bennett who was a former RC priest for 22 years!! There is a small song in the beginning of it…so give it a couple minutes to get going. It is quite an eyeopener. (“Rapture Forums”)

Just a small sample of the nonsense that can easily be found with a good Google search . . . .

This is how propaganda works. Some stupid figure gets thrown out and repeated, and fools believe it. One source had the death toll at 68 million. That was roughly the population of the entirety of Europe in the Middle Ages: especially after the Black Death.

Related reading: Were “50-68 Million” People Killed in the Inquisition? 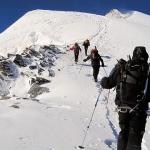 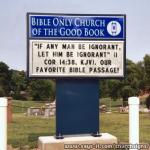 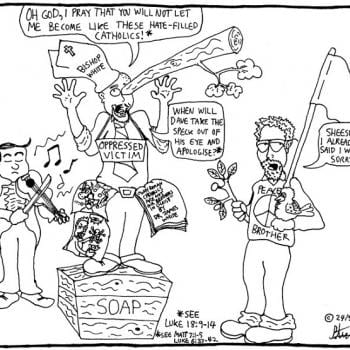 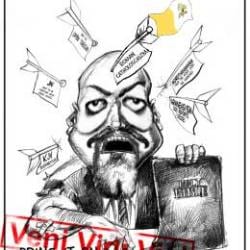