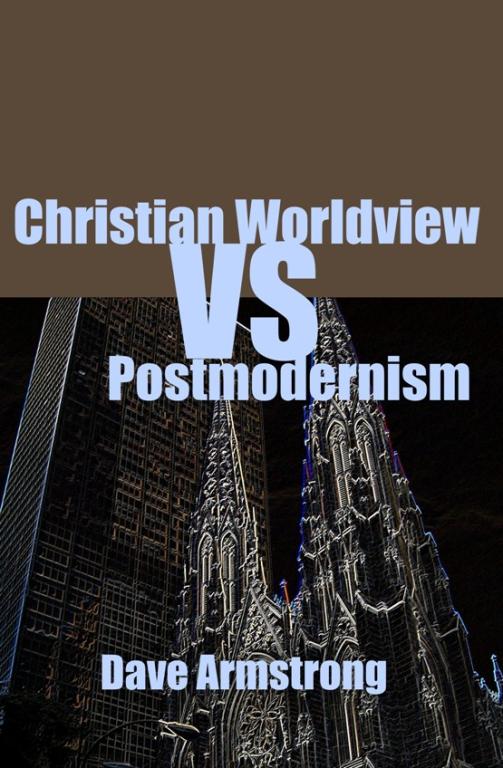 Without apologetics, Christians are more likely to fall prey to secularism or atheism.

[see book and purchase information for the above title]

There is more than one way to accomplish the task of fighting secularism. When we personally wrangle and dispute with atheists (even if the discussion is congenial), we virtually never convince them to change. At best, we can influence observers on the fence (as with all debates and all elections) or those being pulled into atheism. We can strengthen Christians. But we rarely convince the atheist. I think it’s important to try to do so, and I do it, myself, quite a bit.

But by and large it is just spinning our wheels. Atheists en masse will despise Christians, no matter how hard we try to get them to respect our thinking and to like us (a visit to any active atheist combox will readily prove that in three seconds). That being the case, I think it is actually relatively more important to simply befriend them, so they can get to know Christians personally. Then they can’t be so prejudiced against us. They think most Christians hate them, anyway (and sadly, far too many do), so even doing that is a positive witness to them. I treat them kindly and grant them respect.

But another way of approaching the same issue is strengthening Christians in their own views, so that they can withstand the onslaught of atheism and skepticism and theological liberalism. The more they know, the less likely they will be victims. So it is “preventive medicine”: but far more likely to be successful than wrangling directly with stubborn, misguided, wrongheaded, often quite prejudiced and angry atheists. I’m not saying all atheists are that way. But many are (especially almost all of the most vocal and influential ones online).

Thus, when I do my “biblical Catholic” thing and help Catholics better understand and live their own faith, I am also fighting against atheism, because the informed Catholic will not go down that road. It’s precisely because Catholics do not know their apologetics, that they fall prey to this nonsense. I see it almost every time I watch a person fall away and become an atheist.

One guy (I won’t name him, in charity) used to run a large discussion group in the early 2000s. He was a Catholic convert. Now he’s an agnostic or atheist. I had noted that he was rather uninterested in any apologetics in the years when I was on his board. So that came up and bit him on the butt because (at least how it appeared to me) when he started questioning his faith, he had no rational defenses, which apologetics provides. He had nothing to fall back on, and so was “easy pickings” for the militant secularist atheists. An irrational or fideistic faith that neglects the rational and intellectual component of belief is bound to fail or be weak, causing misery in the long run.

I’ve seen many other people do the same thing. They’ll say they are no longer Catholics or Christians at all, and then I’ll recall that they had disparaged apologetics in the past. Well; we are what we eat. If we have no rational faith, we have an irrational faith, and atheism (or simply apathetic nominalism / agnosticism) will conquer that every time. So in that sense, I fight atheism and nonbelief by doing what I do (i.e., my primary emphasis: strengthening the faith of Catholics and showing how alternatives are false or far less plausible and satisfactory). 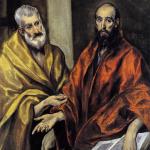 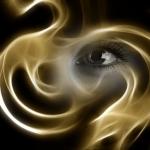 Is “The Chosen” Realistic to the...
Messy Inspirations
Books by This Author Books by Dave Armstrong