Martin Luther vs. Nestorius Regarding “Mother of God” 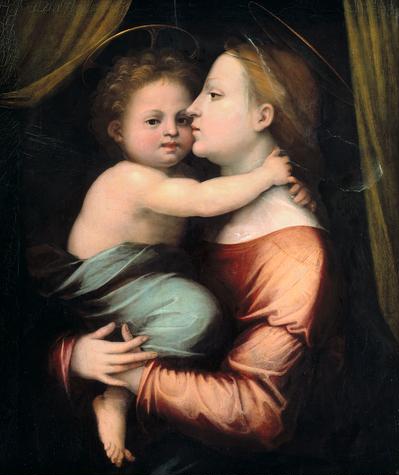 Nestorius began to defend his priest Anastasius, who had preached that the Holy Virgin should not be called Mother of God, for since she was human she could not bear God. This gave offense to all Christians and they took no other meaning from it than that he held that Christ, born of Mary, was not God, but a mere man, like all of us; and out of this there arose such a state of affairs that the emperor had to call a council to help things. . . .

We, too, know very well that Christ did not derive His deity from Mary; but it does not follow that it must, therefore, be false to say, “God was born of Mary” and “God is Mary’s Son” and “Mary is God’s mother.” I must give you a plain illustration. If a woman bears a child, a worthless Nestorius . . . can be proud and ignorant, and raise the quibble, “This woman has borne the child, but she is not its mother, for the reason that the soul of the child is not of her nature or blood, but is infused from elsewhere, i.e., from God.

Therefore, this child is, indeed, born of the woman according to the body; but since its soul is not from her body, she is not the child’s mother, because she is not the mother of its soul.” Such a wretched sophist does not deny that the two natures, body and soul, are one person; nor does he say that there are two persons, or two children; but he confesses that two natures, body and soul, are one person, or one child, and that the mother has borne not two children, but one; but he does not see what he is denying or what he is saying.

Just such a man was Nestorius. He admits that Christ is God and man in one Person; but since His deity does not come from His mother, Mary, she ought not to be called the mother of God. This was rightly condemned in the council, and ought to be condemned. Although Nestorius holds a right opinion on one point of the main matter, viz., that Christ is God and man, nevertheless, the other point is not to be endured. It is expressed in words and sayings, like “God was not born of Mary and was not crucified by the Jews.”

It should, therefore, be said that Mary is the true, natural mother of the child called Jesus Christ, and the true mother and bearer of God. Thus whatever else can be said of children’s mothers can be said of her; they suckle their children, bathe them, give them food and drink, and Mary suckled God, rocked God, made broth and soup for God. For God and man are one Person, one Christ, one Son, one Jesus, not two persons, not two Christs, not two sons, not two Jesuses; just as your son is not two sons, two Hanses, two shoemakers, etc., even though he has two natures, body and soul, body from you, soul from God alone.

(On the Councils and the Churches, March 1539; translated by C. M. Jacobs; paragraph breaks added) 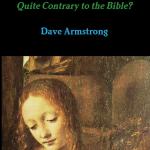 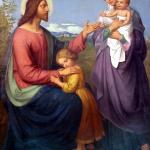 March 29, 2018 Did Jesus Have Children? ("Offspring": Isaiah 53:10)
Recent Comments
0 | Leave a Comment
"Thanks for letting me know. I will stop following them from now on."
Prasanth Did Moses Exist? No Absolute Proof, ..."
"Sorry, I just wanted you to react with that. Never expected it to be such ..."
Prasanth Did Moses Exist? No Absolute Proof, ..."
"We didn't but Gnu Atheists need their argumentum ad hominem. Cheers brother."
Jim the Scott Did Moses Exist? No Absolute Proof, ..."
"Time to channel some Fr. Brian Davies on my favorate topic..A Classic Theistic Concept of ..."
Jim the Scott Problem of Evil & of Good: ..."
Browse Our Archives
get the latest from
Biblical Evidence for Catholicism
Sign up for our newsletter
POPULAR AT PATHEOS Catholic
1