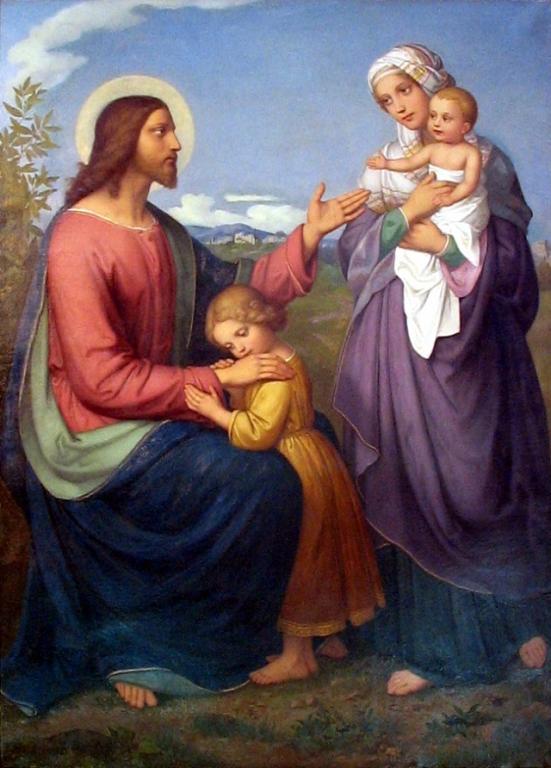 Someone (I believe, an atheist or agnostic) wrote in the comments for this blog:

DaVinci partly true? Isaiah 53:10 [the prophecied messiah] “…he shall see his seed…” Per this the true messiah was to have had a child. And would he have had a child without marrying the mother, and still be sinless as claimed?

Was Isaiah wrong therefore a false prophet? This isn’t opinion, its in the original Hebrew. The same words are translated the same way 39 other times per Bible concordances. With consistency of grammar and voice, it is there. To change grammar pattern and voice mid sentence and back to avoid the straightforward meaning is bad translation.

And, the name of Jesus and other references to the people and places around Jesus are coded in Isaiah 53 with equal letter spacing. Read it for yourself, check several different translations. The King James Version is the one I’m quoting, some translations read offspring instead of seed. In the Latin Vulgate the word semen is used for seed, obviously referencing sexual conception of a child not a broad reference to a vast societal generation. In fact read Isaiah 53:8-10 and notice verse 8 presupposes a personal generation of a specific personal messiah. The question makes no sense unless the messiah has a child or children. If you doubt me use a concordance and check for the consistency of translation of the Hebrew words throughout that translation. And verse 10 frames the seed reference between alluding to the crucifixion and alluding to the resurrection – so its not out of context either…

Nice try, but no cigar.

Also, one must take into account the often metaphorical application of words in the Bible. The context of the great messianic passage Isaiah 53 makes this clear; for example, 53:5: “with his stripes we are healed” is meant in the sense of “we are saved”; not of physical healing (as some in the “hyper-faith” movement falsely claim, in their promulgation of the false, unbiblical teaching that all men are physically healed and that this is God’s will, but some lose out on that because of their lack of “faith”).

Jesus is compared to a lamb in 53:7. Offspring in 53:10 is easily seen to refer to his spiritual offspring; not literal. How do we know this? Well, by the very next verse: “he shall see the fruit of the travail of his soul . . . many to be accounted righteous.” It is the spiritual fruit. We see the same dynamic in, for example, the parable of the sower (Mt. 13:24-30, 36-40), which uses the metaphor of seed and planting and watering, to describe spiritual descendants (not physical). Hence Jesus says, in giving the proper interpretation:

Note then that Jesus had seed, but it was spiritual seed (“sons of the kingdom”); likewise, the devil has seed or offspring (“sons of the evil one”). And this is the Greek sperma. So even though the word that can mean (in a broader physical sense) literal offspring is used, this proves nothing in and of itself, because it can also have a metaphorical application. That is exactly what is going on in Isaiah 53:10, as shown by context, the latitude of word meanings for zera, and related usages in the New Testament, taught by Jesus Himself.

The questioner was never heard from again. The “hit and run” tactic of “biblical exegesis” has a long, storied pedigree in skeptical and agnostic/atheist circles. As usual, the biblical interpretation here was exceedingly uninformed, and ignored elementary rules. Anyone with a minimal acquaintance with Christian biblical hermeneutics could spot this a mile away on a severely overcast day.

Lest this judgment seem harsh to some, I mention it only because in these circles, Christians are invariably accused of being extraordinarily ignorant, and our critics often blithely assume that they and anyone with a fourth-grade education could interpret and understand the Bible better than those who devote their lives to studying and defending it. ‘Taint true, and I will point that out every time . . . 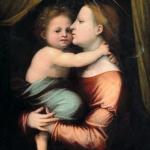 March 28, 2018
Martin Luther vs. Nestorius Regarding "Mother of God"
Next Post 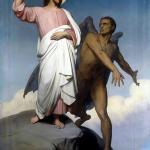 March 29, 2018 Jesus & God the Father: Sinful Due to Being Tempted?
Recent Comments
0 | Leave a Comment
"Thanks Dave, that's another unfortunate case of trying hard to find something wrong whatever the ..."
Caritas Fr. Peter Stravinskas & Irrational Pope ..."
"oh this is gold, thank you!"
Joshua Ramir Perpetual Virginity of Mary: Held by ..."
"Thank you for calling out the evil Cuomo.I find it telling that he effectively murders ..."
Jim Dailey COVID Vaccines, Facts, & Conscientious Objection
"You're welcome. Thanks for your kind words."
Dave Armstrong COVID Vaccines, Facts, & Conscientious Objection
Browse Our Archives
get the latest from
Biblical Evidence for Catholicism
Sign up for our newsletter
POPULAR AT PATHEOS Catholic
1