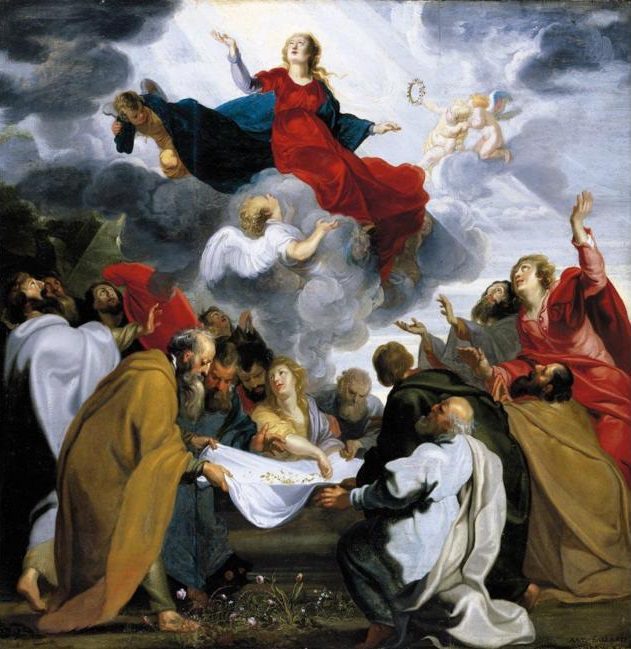 Short answer: no. I explain why, and why I personally believe that she did die.

Words of Chris Scerpella will be in blue.

We are free as Catholics to believe that she died or that she didn’t die. I personally think she did, since Our Lord did.

Ludwig Ott classifies the belief, “Mary suffered a temporal death” (p. 207, Fundamentals of Catholic Dogma) as “Sententia communior“: an opinion which is still open to debate among theologians: very common, but relatively less well established and not unanimously held by the different theological schools.

Thus, technically, we can disagree, but Dr. Ott also states on the same page that “the fact of her death is almost generally accepted by the Fathers and Theologians, and is expressly affirmed in the Liturgy of the Church.”

So I would say that believing she died is far more supported in Church tradition than the contrary.

For more on this, see an article by Fr. Ryan Erlenbush.

To identify with her Son, and with us. She still didn’t have to undergo bodily decay. That’s the key. All death is, is the temporary separation of the soul from the body. Jesus never sinned, yet experienced death.

But if Mary was without sin, why would Our Lord have her die even if temporarily?

The above is my own understanding. There are likely other reasons given by the Church fathers who believed this en masse. Here’s a very in-depth article by Lawrence P. Everett, C.Ss.R., S.T.D.

Did you consider that Jesus died to conquer sin and death? Mary did not have to die.

Jesus didn’t have to be baptized, either (which suggests repentance from sin in an adult, and remission of sins), but He did. Mary observed temple ceremonies that presupposed sinfulness of the participant (such as offering an animal for sacrifice); so did Jesus. There can be, and are exceptions to the rule, in other words.

Sorry. I don’t agree. But I guess if the experts don’t agree, it’s not a bad thing that us common folk disagree.

As I stated, we’re allowed to disagree on this. But neither side of the issue is allowed to be dogmatic about it [i.e., in the technical doctrinal sense], which is precisely a result of it not being a dogma of the Church. Both sides can speculate.

I wasn’t being dogmatic. Just questioning, which I think is still allowed in the Catholic world.

I didn’t say you were being dogmatic. I’m making general statements, as a teacher and apologist. And of course you are “still” allowed to question in matters that aren’t dogmatic (by definition).

3. It is true that in Revelation death is presented as a punishment for sin. However, the fact that the Church proclaims Mary free from original sin by a unique divine privilege does not lead to the conclusion that she also received physical immortality. The Mother is not superior to the Son who underwent death, giving it a new meaning and changing it into a means of salvation.

Involved in Christ’s redemptive work and associated in his saving sacrifice, Mary was able to share in his suffering and death for the sake of humanity’s Redemption. What Severus of Antioch says about Christ also applies to her: “Without a preliminary death, how could the Resurrection have taken place?” (Antijulianistica, Beirut 1931, 194f.). To share in Christ’s Resurrection, Mary had first to share in his death.

4. The New Testament provides no information on the circumstances of Mary’s death. This silence leads one to suppose that it happened naturally, with no detail particularly worthy of mention. If this were not the case, how could the information about it have remained hidden from her contemporaries and not have been passed down to us in some way?

As to the cause of Mary’s death, the opinions that wish to exclude her from death by natural causes seem groundless. It is more important to look for the Blessed Virgin’s spiritual attitude at the moment of her departure from this world. In this regard, St Francis de Sales maintains that Mary’s death was due to a transport of love. He speaks of a dying “in love, from love and through love”, going so far as to say that the Mother of God died of love for her Son Jesus (Treatise on the Love of God, bk. 7, ch. XIII-XIV).

Whatever from the physical point of view was the organic, biological cause of the end of her bodily life, it can be said that for Mary the passage from this life to the next was the full development of grace in glory, so that no death can ever be so fittingly described as a “dormition” as hers. [my blue highlighting] 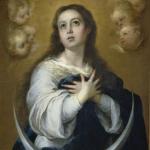 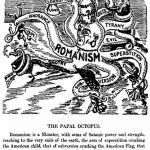 April 27, 2018 Use of "Anti-Catholic" in Non-Catholic Scholarly Works
Recent Comments
0 | Leave a Comment
Browse Our Archives
Follow Us! 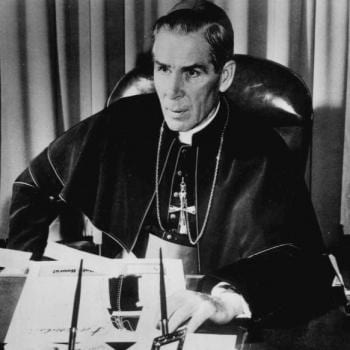 Catholic
Ven. Fulton Sheen on the Bodily Assumption of...
Biblical Evidence for Catholicism