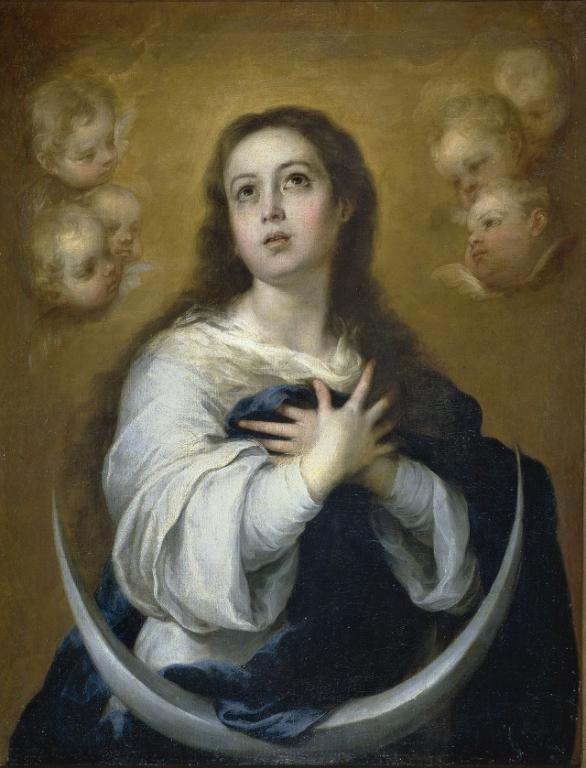 This is a follow-up to my article for National Catholic Register: “Was Mary’s Immaculate Conception Absolutely Necessary?” (12-8-17).

Of course it was necessary for God to perform a special act of grace in order for the Blessed Virgin Mary to be sinless (because of original sin). I’m not questioning that at all. The sense in which I meant the questioning title of my article, however, is explained within it: “we don’t believe that it had to happen exactly as it did (in all possible worlds, etc.), in order for God to be God.”

In other words, if Mary had sinned, Jesus would still be exactly what He is: the sinless incarnate God. His inherent sinlessness and impeccability in no way depended on Mary being sinless. Hence, the Church refers to Mary’s Immaculate Conception as “fitting” or appropriate.

Fr. Ryan Erlenbush in the end-quote explains this better than I did (which is why I included that):

No special grace was required (beyond that of the Incarnation itself) to keep the Christ Child from original sin – he could not possibly have contracted it. In this sense, the dogma of the Immaculate Conception is seen to be fitting and true while (in itself) not absolutely necessary, . . .

My only “point” is to pass on the teachings of Holy Mother Church, as best I understand them, as an apologist for and total adherent of same. The Church teaches that Mary’s Immaculate Conception was “fitting”. And she teaches that it is a dogma of the faith at the highest levels. Thus, it is binding for every Catholic.

Simply noting how it is also taught that it was a fitting thing, rather than intrinsically necessary for the sake of Jesus, is not undermining it at all. It’s upholding the divinity of our Lord Jesus Christ. No one is any more of a more vigorous, passionate defender of the Immaculate Conception online (or offline) than I am. I even document how Martin Luther virtually accepted it, as did fellow Protestant “reformer”  Zwingli: in some form. On my web page devoted to the Blessed Virgin Mary I have scores of papers just on this one topic.

Here is more evidence from Catholic tradition and the magisterium about “fittingness”:

For it was certainly not fitting that this vessel of election should be wounded by the common injuries, since she, differing so much from the others, had only nature in common with them, not sin. In fact, it was quite fitting that, as the Only-Begotten has a Father in heaven, whom the Seraphim extol as thrice holy, so he should have a Mother on earth who would never be without the splendor of holiness.

In his treatise “On the Virginal Conception,” St. Anselm expounded the principle on which the doctrine rests in the fallowing words: “It was fitting that the conception of that man (Christ) should be accomplished from a most pure mother. For it was fitting that that Virgin should be resplendent with such a purity, . . .”

The Catechism teaches the same:

#722 The Holy Spirit prepared Mary by his grace. It was fitting that the mother of him in whom “the whole fullness of deity dwells bodily” should herself be “full of grace.” She was, by sheer grace, conceived without sin as the most humble of creatures, the most capable of welcoming the inexpressible gift of the Almighty. . . .”

It’s not possible because:

1) Jesus is God, and God cannot sin (He is impeccable), nor can He rebel against Himself (which is what caused original sin). This remains so whether Mary in fact sinned or not.

2) Jesus was not part of created humankind, which rebelled against God, bringing about original sin.

3) Jesus was not the offspring of a human father and mother. His was a miraculous conception through the Holy Spirit (virgin birth). This also bypasses any notion of “inherited sin” as a possibility in His case. 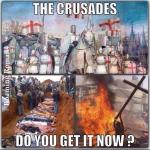 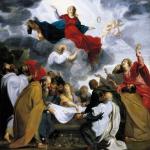 April 26, 2018 Mary's Death Before Her Assumption: Required Belief?
Recent Comments
0 | Leave a Comment
Browse Our Archives
get the latest from
Biblical Evidence for Catholicism
Sign up for our newsletter
POPULAR AT PATHEOS Catholic
1