On Descriptive Adjectives for “Catholic” 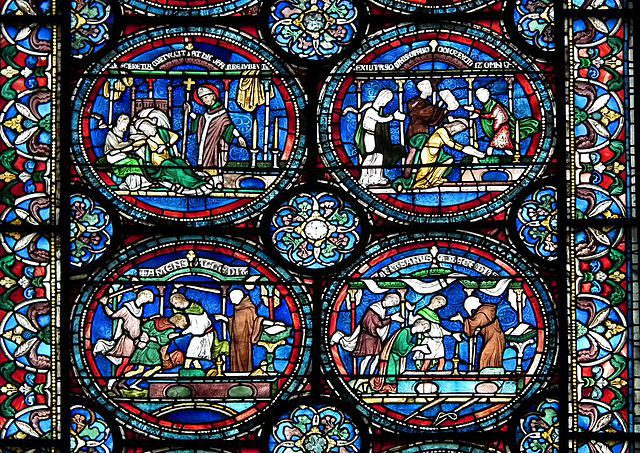 Should Catholics ever add anything to the title “Catholic” in our self-identifications?

Deacon Raymond Moon Sr.: Actually, it should only read Catholic [rather than “Traditional Catholic” from the meme]. In Church speak, there is no Traditional, Liberal, Conservative, Neo, Geo, Leo….there only is.

I agree; however, in an age where “Catholic” oftentimes means little at all, sometimes it is necessary to use descriptors, so people know you actually believe the doctrines.

True enough, Dave. We have applied political terms to theological concepts for too long. I believe God, help my unbelief.

“Traditional” is not a political term, nor is “orthodox.” And there is such a thing as theological liberalism. That label isn’t simply transferred from political discourse (though of course some confuse the two). Theological liberals called themselves that until it became unfashionable and radioactive to do so.

Jonathan Francesco: I’m not ready to surrender “Catholic” as the proper term. If it means nothing to people, we give it meaning. And with all the connotations attached to “traditional” lately, that is beginning to have a more muddled meaning too.

Like I said, I agree at bottom, but in the real world, people ask things like “what kind of Catholic are you?” We can’t answer that by saying, “I’m a Catholic Catholic!” We have to say “orthodox” or “traditional” or “obedient” or “magisterial” or “observant”: something that indicates complete assent to the Church.

I’m in-between in a sense (as so often), regarding this debate. In principle and ideals I agree that “Catholic” is all-explanatory. In fact and practically speaking, in real life, it’s not, and so we often have to explain. Rather than give a whole paragraph every time we identify ourselves (who has the time or patience for that?), it’s helpful to use secondary labels. My first choice is “orthodox”: precisely because it is not a political term and has a long theological history. If “conservative” is used, generally it is because it is the other pole away from “liberal.”

As I said above, “liberal theology” is an actual school of thought, with a long history and pedigree (as a sociology major and lover of history, and apologist, I’ve thought a lot about such words). It’s not just pulled out of a hat. Thus, a person familiar with the history of religion, can use that and it has a definite meaning, and is not an illegitimate use of language at all. In Catholicism, liberals are also called modernists or dissidents or heterodox or (their own wishful thinking term), “progressives.”

I think it is helpful to say “theological liberal” so as to distinguish from political liberalism, but among friends, we know what we’re talking about if we say, e.g., “the liberals are trying to sanction contraceptive use / women priests / oppose infallibility / make the Church a democracy, . . . ” etc. ad infinitum, ad nauseam.

When Cardinal Newman took on theological liberalism in the 19th century, it was essentially the same phenomenon as it is today: dissent, cafeteria Catholicism, compromise with the world. Here is Cardinal Newman in his “Biglietto Speech” upon becoming a Cardinal, from 12 May 1879 (from my Quotable Newman):

And, I rejoice to say, to one great mischief I have from the first opposed myself. For thirty, forty, fifty years I have resisted to the best of my powers the spirit of Liberalism in religion. Never did Holy Church need champions against it more sorely than now, when, alas! it is an error overspreading, as a snare, the whole earth; and on this great occasion, when it is natural for one who is in my place to look out upon the world, and upon Holy Church as in it, and upon her future, it will not, I hope, be considered out of place, if I renew the protest against it which I have made so often. Liberalism in religion is the doctrine that there is no positive truth in religion, but that one creed is as good as another, and this is the teaching which is gaining substance and force daily. It is inconsistent with any recognition of any religion, as true. It teaches that all are to be tolerated, for all are matters of opinion. Revealed religion is not a truth, but a sentiment and a taste; not an objective fact, not miraculous; and it is the right of each individual to make it say just what strikes his fancy. Devotion is not necessarily founded on faith. Men may go to Protestant Churches and to Catholic, may get good from both and belong to neither. They may fraternise together in spiritual thoughts and feelings, without having any views at all of doctrines in common, or seeing the need of them. Since, then, religion is so personal a peculiarity and so private a possession, we must of necessity ignore it in the intercourse of man with man. If a man puts on a new religion every morning, what is that to you? It is as impertinent to think about a man’s religion as about his sources of income or his management of his family. Religion is in no sense the bond of society.

I’ve only devoted half of one of my 50 books to liberalism, + a good deal in my book on Pope Francis. Mostly I ignore it and just present Catholic truths proactively. I have a web page about it, too.

Heterodox = theological liberal. They are synonyms. I often use heterodox myself, because it is non-political (or no analogy in politics), and I agree that that is preferable. Also, = dissenter, = cafeteria Catholic; all mean basically the same thing: arbitrary and selective acceptance of  Catholic dogmas.

Thus, those of us who do accept all that the Church teaches can use orthodox, magisterial, obedient, and (less optimal) conservative, or traditional.

I often say: first I say I am a Catholic. If asked “what kind?” I say “orthodox Catholic.” If asked what that means, I say, “I accept all that the Church teaches as binding upon her faithful followers.” Then after that, the person knows what I mean by “Catholic” if I use it thereafter.

We have to call various phenomena something, or else language becomes meaningless. I wouldn’t be able to do apologetics if I couldn’t identify errors by giving them sensible, objective, defensible names, as the Church has always done (schismatic, heretic, modernist, rigorist, apostate, dissident, radical Catholic reactionary, etc.).

I am for radical orthodoxy, not the so-called Catholic “right.” Orthodoxy determines all; trumps all. 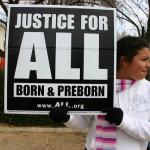 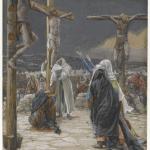 April 20, 2018 Sacrifice of the Mass: A Biblical Overview
Recent Comments
0 | Leave a Comment
"I don't know what yer bitching about? People Quote Pope Francis all the time and ..."
Jim the Scott Pope Francis the “Heterodox Liberal” (?????)
"I am encouraged that even some of the atheists over there appeared to question the ..."
Jim Dailey Pearce’s Potshots #49: Homer & the ..."
"Just so you know Jimmy Bean, you’re WRONG. And your OP contradicts itself. Lastly, wether ..."
🗣 The Voice of Reason 👑 Pope Francis the “Heterodox Liberal” (?????)
"Good questions as always.I don't see that this would necessarily be mentioned in other sources. ..."
Dave Armstrong Noah’s Flood: Not Anthropologically Universal + ..."
Browse Our Archives
get the latest updates from
Biblical Evidence for Catholicism
and the Patheos
Catholic
Channel
POPULAR AT PATHEOS Catholic
1