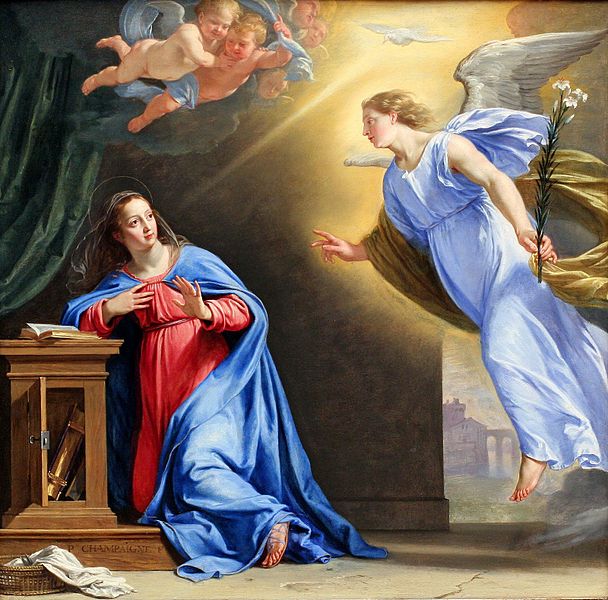 This is an example that Reformed Protestant scholar Dr. Armstrong provides in support of his oft-expressed disdain for what he calls “popular apologetics.” In an article entitled “Roman Catholic Special Pleading,” he stated:

I am also amazed at some of the Scripture twisting I hear from earnest and sincere Catholic apologists. . . . Like fundamentalists, these folks often go to unusual extremes to ‘prove’ a point of controversial, non-mainstream, non-apostolic theology. Such was the case on Monday, June 20 [2005]. Here is the text that was cited:

Then the man brought me back to the outer gate of the sanctuary, the one facing east, and it was shut. The Lord said to me, “This gate is to remain shut. It must not be opened; no one may enter through it. It is to remain shut because the Lord, the God of Israel, has entered through it” (Ezekiel 44:1-2).

To my utter amazement, this text from Ezekiel was used to argue for the perpetual virginity of Mary. . . . No wonder some of my thoughtful Catholic friends cringe when they hear this kind of argument by conservative apologists. . . . What boggles the mind, in this particular instance, is the type of populist argument employed. I am always amazed that arguments like this can be seriously made in such a public forum.

The problem with this wholesale mockery is that this is quite respectable patristic exegesis. Dr. Taylor Marshall has written about this, and noted that Ambrose, Augustine, and “most of the Eastern Fathers” argued in this fashion:

“Who is this gate (Ezekiel 44:1-4), if not Mary? Is it not closed because she is a virgin? Mary is the gate through which Christ entered this world, when He was brought forth in the virginal birth and the manner of His birth did not break the seals of virginity.” (St. Ambrose of Milan, c. AD 390)

“It is written (Ezekiel 44, 2): ‘This gate shall be shut, it shall not be opened, and no man shall pass through it. Because the Lord the God of Israel hath entered in by it…’ What means this closed gate in the house of the Lord, except that Mary is to be ever inviolate? What does it mean that ‘no man shall pass through it,’ save that Joseph shall not know her? And what is this – ‘The Lord alone enters in and goeth out by it,’ except that the Holy Ghost shall impregnate her, and that the Lord of Angels shall be born of her? And what means this – ‘It shall be shut for evermore,’ but that Mary is a Virgin before His birth, a Virgin in His birth, and a Virgin after His birth.” (St. Augustine, c. AD 430)

It is written (Ezech. 44:2): “This gate shall be shut, it shall not be opened, and no man shall pass through it; because the Lord the God of Israel hath entered in by it.” Expounding these words, Augustine says in a sermon (De Annunt. Dom. iii): “What means this closed gate in the House of the Lord, except that Mary is to be ever inviolate? What does it mean that ‘no man shall pass through it,’ save that Joseph shall not know her? And what is this—‘The Lord alone enters in and goeth out by it’—except that the Holy Ghost shall impregnate her, and that the Lord of angels shall be born of her? And what means this—‘it shall be shut for evermore’—but that Mary is a virgin before His Birth, a virgin in His Birth, and a virgin after His Birth?” (ST 3, q. 28, a. 3, sed contra)

I read in more than one place that Martin Luther also interpreted it this way.

Dr. Armstrong — sadly — doesn’t get this at all (therefore belittles and mocks it in an effort to run down Catholic apologists) because he apparently doesn’t understand how patristic exegesis and hermeneutics worked. It was very different from the Protestant historical-grammatical method. Catholic apologist Mark Shea writes about this:

As an Evangelical, I had long regarded the reading of Ezekiel 44:1-2 to support Mary’s perpetual virginity as mere ‘proof-texting.’ I thought the Fathers were beginning with this passage and then trying to build a doctrine of perpetual virginity on it. But the more I saw how the early Church (including the New Testament authors) linked the tabernacle, the temple, and the Body of Christ, and the roles of Mary, the ark, and the gate of the temple, the more I came to realize that the Church’s faith in Mary’s perpetual virginity was not derived from Ezekiel 44:1-2 any more than her faith in the virgin birth was derived from Isaiah 7:14. . . .

As with the virgin birth, the perpetual virginity of Mary happened, and only afterward did the Church begin to realize that the events of her life, like the events of her Son’s, were strangely – one might even say prophetically – foreshadowed in Ezekiel 44:1-2. There is a real, organic, un-manufactured connection between Mary and something the prophet Ezekiel had been inspired to see.

For anyone to get up to speed on how the Church fathers interpreted Scripture, I would highly recommend Mark Shea’s book, Making Senses Out of Scripture: Reading the Bible as the First Christians Did.

It cites the Pontifical Bible Commission from 1993, and glowing agreements from the last two popes:

Joseph Cardinal Ratzinger, in his Preface to the PBC’s document of 1993, points out that “there are also new attempts to recover patristic exegesis and to include renewed forms of a spiritual interpretation of Scripture.” And Pope John Paul II, in his address of acceptance of this document of the Pontifical Biblical Commission, avers that “The Catholic exegete does not entertain the individualist illusion leading to the belief that one can better understand the biblical texts outside the community of believers,” and he goes on to say: “It is comforting to note that recent studies in hermeneutical philosophy have confirmed this point of view and that exegetes of various confessions have worked from similar perspectives by stressing, for example, the need to interpret each biblical text as part of the scriptural canon recognized by the Church, or by being more attentive to the contributions of patristic exegesis.”

So much for Dr. Armstrong’s attempt to make this merely silly and insubstantial silly popular apologetics, supposedly “special pleading” and so distant from the scholars and magisterium of the Church . . . apologists and the magisterium are at one in this. It’s Dr. Armstrong who looks rather foolish, after this display; amazed that this is taken seriously, and allegedly chuckled over by his many “thoughtful Catholic friends” had they heard it.

This is what happens when folks (even scholars and self-described “ecumenists”) try to take on things within Catholicism that they either dimly comprehend at best or don’t understand at all. I wouldn’t recommend it, and never when I am around to find it: all the more so if it is a fallacious, embarrassing attempt to ridicule the group of which I am a part: Catholic apologists. 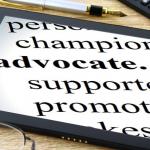 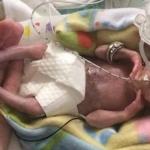 July 21, 2018 Civil Dialogue with an Advocate of Legal Abortion
Recent Comments
0 | Leave a Comment
Browse Our Archives
get the latest from
Biblical Evidence for Catholicism
Sign up for our newsletter
POPULAR AT PATHEOS Catholic
1