“Pro-Abortion”: Reply to an Objection to its Use 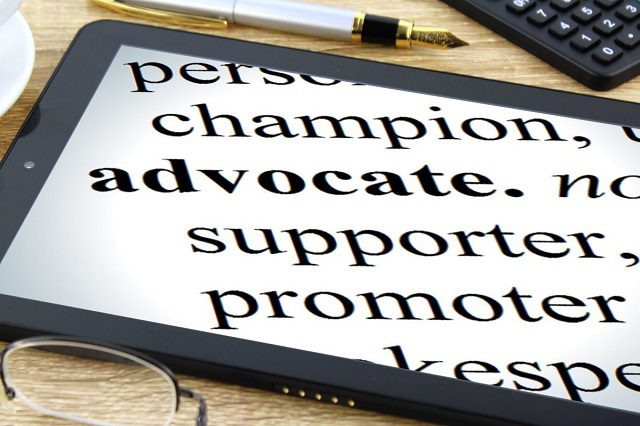 A person on my blog raised this objection, after I used the term “pro-abort” in one of my articles. Her words will be in blue.

No doubt it ingratiates you with very conservative readers, but unless you wish to alienate those of us who are more moderate or liberal, please try to refrain from unnecessarily derogatory language such as calling pro-choicers “pro-aborts”. Or, just estrange part of your readership, if that’s your desire.

Are you in favor of legal abortion?

Certainly. And, no, that doesn’t mean that I’m “pro-abortion”.

All of the terms used for both sides of this debate are highly misleading, & that’s unfortunate. I fully support each & every woman’s need & right to decide whether to carry a pregnancy to term or abort it. She & she alone is privy to the precise constellation of circumstances surrounding her, in which such judgments are made. If a woman desires a fetus to come to term, I applaud that; when she does not, I accept that she knows better than I do. Call me “pro-abortion-rights” if you wish to burden the language even further, but at least that’s more accurate.

1. You’re “in favor of legal abortion.” To my question using that terminology, you replied, “certainly.”

3. You think it should be legal; I do not (because I believe it is immoral, and that laws ought to uphold morality).

4. Therefore, you are “pro-abortion [implied, ‘rights’]”, or “pro-legal abortion,” just as my position is the opposite one: “anti-abortion” (what we usually call “pro-life”).

5. “Pro-abort” is simply an abbreviation of “pro-abortion.”

6. Your preferred description is “pro-choice”. But that leads immediately to the question of “choice for what?” And of course it is the woman’s choice for abortion; hence, pro-abortion or pro-abort for short. I’m pro-choice for the father to be able to decide, too, but he has no such right in our “progressive” and “enlightened” society. His wife or girlfriend can decide to kill his own son or daughter and he can’t do anything at all about it. I’m “pro-choice” as to poor people in the inner cities to be able to choose charter schools, so that they can achieve upward mobility and escape the endless cycle of poverty and despair. But liberals want to deny them such choices.

7. I agree that terms in this debate are misleading. The misleading term is pro-choice. Your side always wants to call my side “anti-abortion” and I have no problem with that: that is my position and I’m not ashamed of it. Yet you balk at being called pro-abortion. It’s a double standard. We are against abortion and you are in favor of it. But my description of your position is literal and not inaccurate at all. Your side will often call my position “anti-choice.” But that simply again goes back to the question, “choice for what?” All “choice” describes is the ability of a person to choose this option or that option. In and of itself it tells us nothing about what they choose.

8. If you think abortion should be legal and is a moral act, then don’t be ashamed of it by hiding behind terminology. You already want to hide many of the facts about its nature, so people won’t know exactly what it is and what it entails. Now you have to hide behind terminology to make it a so-called “right” when it’s not. It’s an act of murder.

9. But I usually do not call your position “pro-murder” or “pro-death” (both of which are quite literally accurate). I merely call it “pro-abortion” or “pro-abort.” The objection to that is irrational. Most of you refuse to call us “pro-life”, even though that is literally true as well: we are in favor of the right to life of preborn human beings; hence, “pro-life.”

10. I’m simply being literally descriptive of what the position is: calling a spade a spade, a=a. You say that my language will “alienate” and “estrange.” Then so be it. I don’t play games with language (being a professional writer). Folks who confidently proclaim the Catholic (and pro-life) message will inevitably run across opposition, and offend some people. After all, Jesus said:

Matthew 10:21-22 (RSV): Brother will deliver up brother to death, and the father his child, and children will rise against parents and have them put to death; [22] and you will be hated by all for my name’s sake. . . .

[indeed, parents have risen up against their own children and put them to death: by the hundreds of millions]

Even if I bowed to your desire to use the word “pro-choice” I would not refrain from exposing and condemning what it is you advocate choice for.

This isn’t even liberalism anymore. Liberals used to stand for the rights of all, and the rights of the “little guy” (like poor people and union workers and minorities being discriminated against, and women); yet now they deny the rights of the littlest and most defenseless among us. I’m the true liberal here, because I believe in the right to life and infinite value and worth of all people, regardless of their status: from womb to tomb: conception till natural death.

I don’t create some arbitrary, outrageous definition of what a human being is. Science is sufficient: from conception, a human being has everything it needs to grow into you or I (all that is needed is time): all the DNA is there; the heartbeat starts at eight days, the brain waves at about six weeks. But it’s a human being and a person from conception: as the offspring of two other human beings. How could it be otherwise? It’s not a chicken or a rhinoceros.

Debating the Silliness of the “Pro-Choice” Word Game [Facebook] 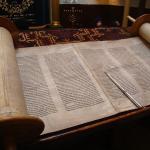 July 19, 2018
Are All the Biblical Books Self-Evidently Canonical?
Next Post 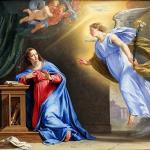 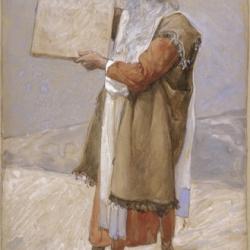