Hell as a Deterrent: Analogy to Our Legal Systems

Hell as a Deterrent: Analogy to Our Legal Systems October 3, 2018 Dave Armstrong 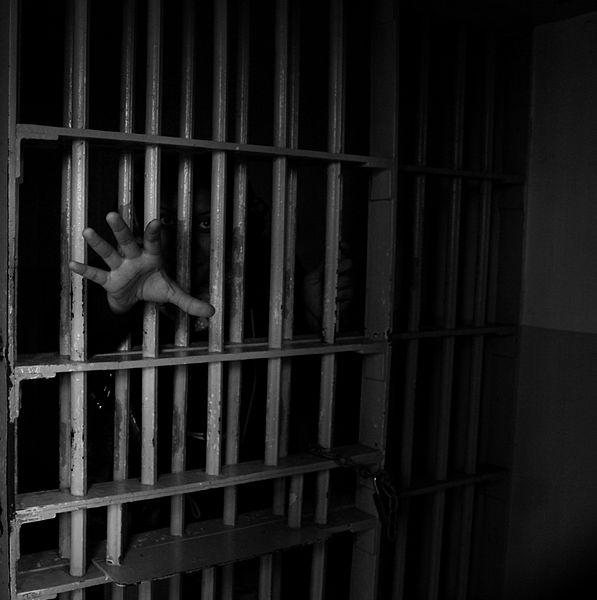 This is a little spontaneous exchange with my atheist friend, Anthrotheist (his words in blue). He was initially responding under an atheist’s post, “12 Times I Felt The Christian Love.” It detailed the very worst sort of (real or imagined) Christian / “Christian” behavior (venomous hatred, anti-gay [person] filth, etc.). I thoroughly agreed with the point of this article in the combox.

I’m more frightened by the possibility that some people really would be rape-happy murder-monsters if they didn’t genuinely believe in their omni-voyeuristic sky-daddy’s eternal torture dungeon.

“persephone” added: That’s what scares me. Just how many of these psychos don’t indulge their abusive side out of fear of hell? I think the number of them that abuse their spouses and children, despite the fear of hell, is very telling.

That’s human nature (whether Christian or atheist): if you don’t refrain from evil simply because it’s wrong, then maybe you will because it will be punishable by law. All law is coercive and presupposes this very thing: [as a generality] folks won’t do bad stuff if there is a strong penalty for doing so. This holds civil society together.

Likewise, by perfect analogy, hell prevents lots of bad people from fully acting out their sinful desires. That makes it ultimately a good and just thing. Without it, and the fear of it, things would be much worse.

I have long contemplated the “punishment as deterrent” concept. I’ve always had some reservations about it, and it is my perception that research and study has supported that doubt.

From the National Institute of Justice:

1. The certainty of being caught is a vastly more powerful deterrent than the punishment.
2. Sending an individual convicted of a crime to prison isn’t a very effective way to deter crime.
3. Police deter crime by increasing the perception that criminals will be caught and punished.
4. Increasing the severity of punishment does little to deter crime.
5. There is no proof that the death penalty deters criminals.

So someone being certain that God is watching (and that he will punish them, which can be rationalized away as well) could be a better deterrent than the less certain threat from our criminal justice system, but this only reinforces the fairly derogatory depiction of God as being an “omni-voyeuristic sky-daddy” that will spank you when you get home. And it doesn’t change the fact that I would be more comfortable with people who are barely held back from being monstrous being incarcerated away from the general population, than I am with them continually hanging onto civility by a thread of belief.

Yes! I wholeheartedly agree with #1 and #3. Very good. Nice to agree. So, for example, in the tragedy that is happening right now in Chicago, I have heard that there are literally a thousand less cops. The perception is that no one will be caught, let alone punished. Only 5% of the murders in the poor neighborhoods are even investigated. This included one horrendous example recently, where a 15-year-old boy was burned alive because he refused to join a gang.

I also agree that if one believes God exists and that He is a just Judge as well as a benevolent Father, that one will behave more morally, if only in a self-interested, self-preservation way (i.e., not from principle and conviction).

As a Christian, I don’t try to behave according to my moral views in order to escape hell (I worry very little about hell). I do it because it’s right: as I believe I know both in my head and in my heart. And the Christian seeks to be like their Lord Jesus, Who commanded us to “love one another as I have loved you.”

Seeking to do that (as best we can: very imperfectly indeed!) in turn leads to joy, peace, and fulfillment, as I and many millions of Christians have experienced in our own lives. I’m happy to bear witness to it. But again, neither the reward nor the punishment if we don’t act in a loving manner is (or should be) our motivation to do it. It’s because it is right, and more like how our Lord acted.

And the ethical atheist has the same view (minus Jesus!), it seems to me: you feel that certain things are right and ethical and moral, and so you act accordingly, according to your own moral principles: because it’s right, period.

My response here is a genuine expression of my concern over what some Christians say and do. I could make an equally accurate comment about people who would be “rape-happy murder-monsters” if they weren’t afraid of prison or execution.

And my characterization of God is very far from generous, but then so is my characterization of the people to whom I attribute that supposed belief. I am not making any claim that you, nor anyone else in particular, holds those characteristics or believes that way about God. If you don’t identify yourself with the description “rape-happy murder-monster”, you shouldn’t be offended by the notion that someone who would identify as such would believe in a “omni-voyeuristic sky-daddy.” You make a point in distancing yourself and your beliefs from fundamentalist protestants, I see no reason why you would choose to stop doing so now.

As long as you make it clear that you are referring mainly to fringe wackos, I have no problem with it. Thanks for the clarification.

We all have fringe wackos don’t we? Atheists have our share of outliers: womanizers, elitists, eugenicists, etc. 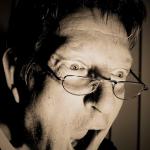 October 3, 2018
Atheist Bob Seidensticker Ain't Afraid to Debate, and I AM? Really?!
Next Post 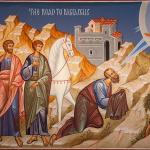