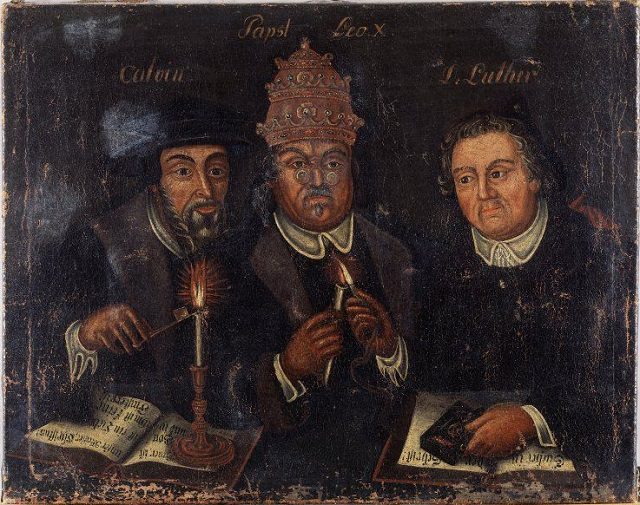 1 Corinthians 3:9 (RSV) For we are God’s fellow workers; you are God’s field, God’s building.

The following is from John Calvin’s commentary on Corinthians:

9. For we are fellow-laborers with God. Here is the best argument. It is the Lord’s work that we are employed in, and it is to him that we have devoted our labors: hence, as he is faithful and just, he will not disappoint us of our reward. That man, accordingly, is mistaken who looks to men, or depends merely on their remuneration. Here we have an admirable commendation of the ministry — that while God could accomplish the work entirely himself, he calls us, puny mortals, to be as it were his coadjutors, and makes use of us as instruments. As to the perversion of this statement by the Papists, for supporting their system of free-will, it is beyond measure silly, for Paul shows here, not what men can effect by their natural powers, but what the Lord accomplishes through means of them by his grace. (emphasis added)

Of course, Calvin’s caricature is not Catholic teaching at all. Catholics don’t believe men can do any good “by their natural powers,” nor do we deny sola gratia in the slightest. Simply cooperating with the grace is not “human generation”; it is “God generation.” The Council of Trent is very clear on this:

CANON I.-If any one saith, that man may be justified before God by his own works, whether done through the teaching of human nature, or that of the law, without the grace of God through Jesus Christ; let him be anathema.

CANON III.-If any one saith, that without the prevenient inspiration of the Holy Ghost, and without his help, man can believe, hope, love, or be penitent as he ought, so as that the grace of Justification may be bestowed upon him; let him be anathema.

CANON X.-If any one saith, that men are just without the justice of Christ, whereby He merited for us to be justified; or that it is by that justice itself that they are formally just; let him be anathema.

CHAPTER V – . . . the beginning of the said justification is to be derived from the prevenient grace of God through Jesus Christ . . . without any merits existing on their parts . . . yet is he not able, by his own free-will, without the grace of God, to move himself into justice in His sight . . .

CHAPTER VIII – . . . none of those things which precede justification — whether faith or works — merit the grace itself of justification. For if it be a grace, it is not now by works; otherwise, as the same Apostle says, grace is no more grace.

Calvin himself, in his Acts of the Council of Trent, with the Antidote (1547), states regarding Canons I and III above,

So what is Calvin’s problem? It would seem to be a difficulty in understanding logic, for how can he agree, on the one hand, with the Tridentine statement, denying:

1) “. . . that man may be justified before God by his own works, whether done through the teaching of human nature, or that of the law, without the grace of God through Jesus Christ . . . “

yet also assert in his commentary on 1 Corinthians 3:9 that Catholics supposedly believe, pertaining to this passage, that:

2) “men can effect by their natural powers” (rather than being “instruments” of “what the Lord accomplishes through means of them by his grace”).

The former claim of #2 above is a gross distortion of Catholic teaching, whereas the latter clause is precisely the Catholic teaching. Calvin simply doesn’t know it. Perhaps his commentary was written before the clarifications of Trent, and we can grant his ignorance, in charity. His Antidote to Trent, however, continues to distort and misrepresent Tridentine, Catholic teaching on soteriology; for example:

[T]heir definition at length contains nothing else than the trite dogma of the schools: that men are justified partly by the grace of God and partly by their own works; thus only shewing themselves somewhat more modest than Pelagius was. (Ibid., p. 108)

In fact, this never has been Catholic teaching. Calvin couldn’t be more mistaken. Catholicism has always condemned Pelagianism and Semi-Pelagianism, and Trent does so as well:

[Semi-Pelagianism], while not denying the necessity of Grace for salvation, maintained that the first steps towards the Christian life were ordinarily taken by the human will and that Grace supervened only later. (Oxford Dictionary of the Christian Church, edited by F. L. Cross, Oxford Univ. Press, rev. 1983, 1258)

The result of Semi-Pelagianism, however, was the denial of the necessity of God’s unmerited, supernatural, gracious empowering of man’s will for saving action . . . From [529] . . . Semi-Pelagianism was recognized as a heresy in the Roman Catholic Church.

The Second Council of Orange (529 A.D.), accepted as dogma by the Catholic Church, dogmatically taught in its Canon VII:

If anyone asserts that we can, by our natural powers, think as we ought, or choose any good pertaining to the salvation of eternal life . . . without the illumination and inspiration of the Holy Spirit . . . he is misled by a heretical spirit . . . [goes on to cite Jn 15:5, 2 Cor 3:5]

What merit of man is there before grace by which he can achieve grace, as only grace works every one of our good merits in us, and as God, when He crowns our merits, crowns nothing else but His own gifts? (Ep. 194,5,19)

Yet Calvin continues in his rather spectacular and inexcusable misrepresentation of Tridentine teaching:

But the Neptunian fathers, in a new smithy, forge what was unknown to Augustine, viz., that the reception of grace is not of God, inasmuch as it is by the free movement of our own will we assent to God calling. (Ibid., 111)

This is expressly contradicted by Chapter V:

. . . none of those things which precede justification — whether faith or works — merit the grace itself of justification. For if it be a grace, it is not now by works; otherwise, as the same Apostle says, grace is no more grace.

Therefore, the “reception of grace” in Catholic soteriology is not only not “not of God” (as Calvin wrongly thinks), but — quite the contrary — ALL of God, since free-will could do nothing towards God and grace, but for God’s grace itself. Free-will and anything it could do are also part of “those things which precede justification,” referred to in Chapter VIII. It cannot merit grace or do anything on its own to predispose it in that direction. Calvin is flat-out wrong.

Part of his problem, and that of Calvinists generally, is a false notion of free-will and God’s grace somehow being inexorably, inherently opposed: an “either/or” mentality where there need not be one. St. Paul views them as working together, with the free will being entirely caused by God. Our work is God’s work insofar as we do what He commands us and enables us to do, as St. Augustine notes above, and seen in many passages; notably Ephesians 2:8-10 and Philippians 2:12-13.

Even Calvin himself realizes this in some fashion, by citing St. Augustine in supposed opposition to Catholic teaching. Once again, he assumes that St. Augustine is teaching something the Catholic Church doesn’t teach, when in fact, we agree entirely, as shown in the above decrees. Here is what Calvin cites from Augustine:

The good which we possess not without our own will we should never possess unless he worked in us also to will.

So Calvin gets it, but he doesn’t, at the same time. It is strange that he can’t see that Augustine’s teaching is also Catholic teaching. Right after these citations of Augustine he resumes his absurd distortion of Trent:

The whole may be thus summed up — Their error consists in sharing the work between God and ourselves, so as to transfer to ourselves the obedience of a pious will in assenting to divine grace, whereas this is the proper work of God himself. (Ibid., 113)

Catholics wholeheartedly agree with St. Augustine and Calvin that “this is the proper work of God himself.” We (and also Protestant Arminians) absolutely deny that we teach a Pelagian or Semi-Pelagian notion of “sharing the work between God and ourselves,” as if man’s part of that generates or produces grace or merit on its own. The true biblical and Catholic teaching is paradoxical, but it doesn’t deny that man has free-will altogether. Calvin is the one who is sadly bound by unnecessary false dichotomies in his thought.

Now back to Calvin’s commentary:

As to the exposition given by some — that Paul, being God’s workman, was a fellow-workman with his colleagues, that is, with the other teachers — it appears to me harsh and forced, and there is nothing whatever in the case that shuts us up to have recourse to that refinement. For it corresponds admirably with the Apostle’s design to understand him to mean, that, while it is peculiarly the work of God to build his temple, or cultivate his vineyard, he calls forth ministers to be fellow-laborers, by means of whom He alone works; but, at the same time, in such a way, that they in their turn labor in common with him. As to the reward of works, consult my Institutes.

This is also precisely Catholic teaching (if only Calvin could figure it out). In the Institutes of the Christian Religion, in commenting on 1 Corinthians 3:9, he expresses it another way, also in complete concurrence with Catholic thought:

. . . they are called “co-workers” not because they bring anything of themselves, but because God uses their work after he has rendered them capable of it and furnished them with the necessary gifts. (Inst., II, V, 18, vol. 1, p. 338 in McNeill / Battles ed., Philadelphia: Westminster Press, 1960)

. . . the apostles express the power of the Spirit in their preaching, as far as God uses the instruments ordained by himself for the unfolding of his spiritual grace. Nevertheless, this distinction is to be kept: we should remember what man can do of himself, and what is reserved to God. (Inst., IV, XIV, 11, vol. 2, pp. 1286-1287)

And in an altogether excellent, insightful commentary, Calvin writes:

Briefly, in many passages he not only makes himself a co-worker of God but also assigns himself the function of imparting salvation [1 Cor. 3:9 ff.]. In mentioning all these things Paul did not intend to credit to himself even a particle apart from God . . . Surely we ought to remember those statements in which God, ascribing to himself illumination of mind and renewal of heart, warns that it is sacrilege for man to claim any part of either for himself. (Inst., IV, I, 6, vol. 2, 1021)

One would hope that the above exposition would come as good news to Reformed, who are inclined to be suspicious of Catholic theology, as it shows yet again that the two competing systems are indeed in quite close agreement in several respects. I submit that 1 Corinthians 3:9 is one instance where there is little or no disagreement at all, once Catholic teaching is correctly comprehended. Unfortunately, John Calvin (while correctly exegeting the verse) did not do such a good job in portraying a Catholic view of it (which is virtually identical to his). 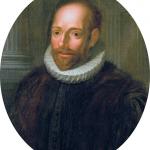 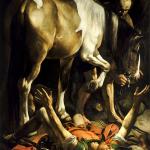 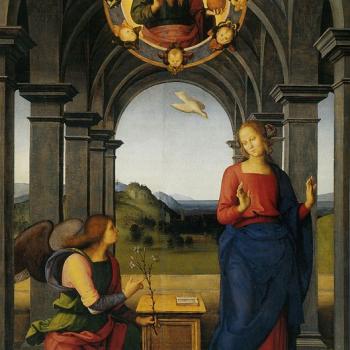