Our Prayers and Souls Ending Up in Heaven or Hell

Our Prayers and Souls Ending Up in Heaven or Hell February 27, 2019 Dave Armstrong 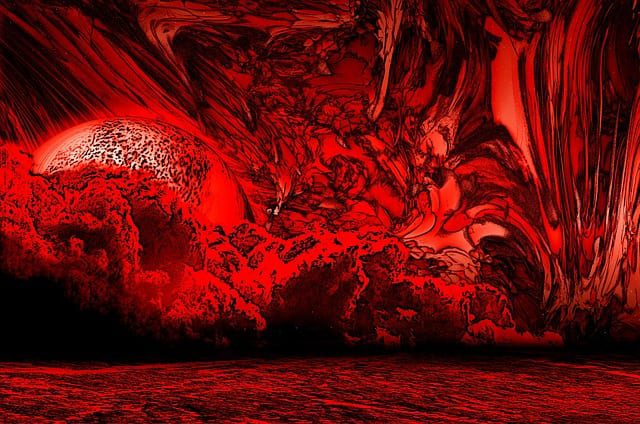 Everyone who goes to hell has had every chance to repent. God gives grace enough to all for them to repent, but some (many, apparently) choose not to. It’s their fault in the end. Prayer and penance and love assuredly help them along the road, but ultimately each individual decides and each stands before God, accountable for their actions and beliefs. God’s grace is sufficient to save them. They choose not to avail themselves of it.

We must simultaneously hold to two truths (as often in Catholicism):

1. It’s always better to be the recipient of more intercessory prayer (and/or love or penance, etc.) rather than less.

2. Each individual is ultimately responsible for the fate of his or her own soul.

Much of Catholic thought, I’ve found, involves this “both/and” consideration. Things exist together in complementarity, that are often wrongly thought to be opposed to each other.

It would be like a scenario in which a husband or wife abandoned their spouse. We could say, “if only the one abandoned had been more loving or did more acts of kindness [or mutual friends had positively intervened more], maybe the other wouldn’t have left.” Well, maybe (that can always be said, can’t it?), yet the person is still responsible for leaving and bears the primary blame.

The Blessed Virgin Mary wants to communicate to us (without doubt) that it’s always good and crucial that we pray for souls. We have to love them and be compassionate and merciful; to evangelize and share! I’ve devoted my life to sharing and defending the gospel and the message of the fullness of Christianity in the Catholic Church, so obviously I recognize its supreme importance. With more prayer and other spiritual aids, some of them could be turned to repentance and be saved, yes. God wants to include us in the whole process of redemption.

But each (ultimately damned) person already has enough grace to be saved from the outset and has chosen not to receive it. They ultimately have only themselves to blame if they are condemned to [i.e., choose] hell in the end. If they want to point to others and say, “They didn’t do a, b, c, so I could be saved,” that becomes mere blame-shifting on their part. God can always reply with, “But that’s no excuse for you. I sent you x, y, and z, and situations 1, 2, 3 where you had more than ample opportunity to receive My grace and repent, but you steadfastly refused . . .”

Jesus noted in Luke 16 (Lazarus and the rich man) that even if a person is raised from the dead as a witness, some folks won’t believe anyway. Thus, if even the greatest miracles can break through such profound unbelief and rebellion, our prayers won’t be able to, either, in those cases. They’ve hardened their hearts.

The reprobate can always attempt to blame others, and God can always reply as above: that His grace was more than sufficient in each case, but was spurned and rejected. We will all stand accountable for our actions and our lives, regardless of what others did or didn’t do (this is solid biblical and Catholic teaching). We’ve all fallen short and rebelled against God, and all must rely wholly on His free offer of grace, made possible by our Lord and Savior Jesus’ death on the cross, to be saved in the end.

In any event, we should and must pray for folks. I’m not saying not to. I emphasized its extreme importance. It’s the distinction between sufficient and efficient grace.  Every soul is provided sufficient grace by God. But the reprobate spurn it. Prayer can help make the sufficient grace become efficient, so that they actually repent. But not always; it’s not automatic. Free will dictates that there are souls who will be lost no matter what.

After all, Satan himself was with God. He had everything any being could conceivably want: except that he wasn’t God, and he couldn’t handle that. He managed to rebel, right from heaven, with God. No being could have any more “spiritual advantage” than that. But it wasn’t efficient, to prevent his fall.

Free will means that the grace can always be rejected, and also that it comes down to the individual in the end. That’s why Calvinism, in order to bolster its double predestination, had to deny human free will and assert irresistible grace. The Catholic position is the contrary on both counts (though we do believe that God predestines the elect, while not superseding their free will).

We are not ultimately responsible in some profound way for a soul going to hell because we didn’t pray hard enough for them. We can always do more in any situation. But that can also become “overscrupulous” in a sense and drive us crazy if we ponder it too much.

No! That will become Satan’s guilt trip and zap our spiritual energy. We have to take a larger view. If we don’t do our “duty” towards them, God in His mercy will surely send someone else or some other situation, to give the person every chance to repent and make it to heaven. So we need not feel guilty about them: to the extent that we are in a crisis or suffering greatly: because that affects our spiritual life for ill in the long run.

But we absolutely should pray and do penance for others and anything that will help them. Catholics assert both things and hold them together; semi-paradoxically, but consistently. Nor does one assertion somehow reduce the other, like a zero-sum game. Both/and . . . This is biblical and Catholic thinking, again and again: neither one extreme nor the other. 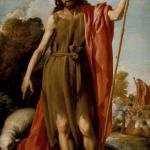 February 26, 2019
Bible on Bodily Mortification for the Sake of Others
Next Post 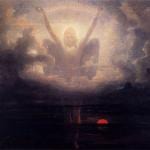 February 27, 2019 Suggested View on Bible Prophecy & Eschatology
Recent Comments
0 | Leave a Comment
Browse Our Archives
get the latest from
Biblical Evidence for Catholicism
Sign up for our newsletter
POPULAR AT PATHEOS Catholic
1 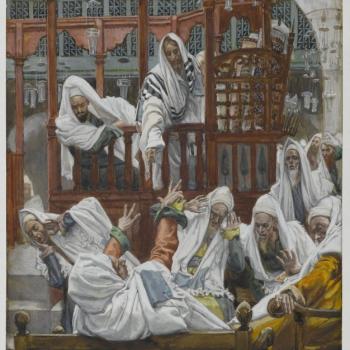