Why Is the Catholic Church Singularly Despised & Hated? 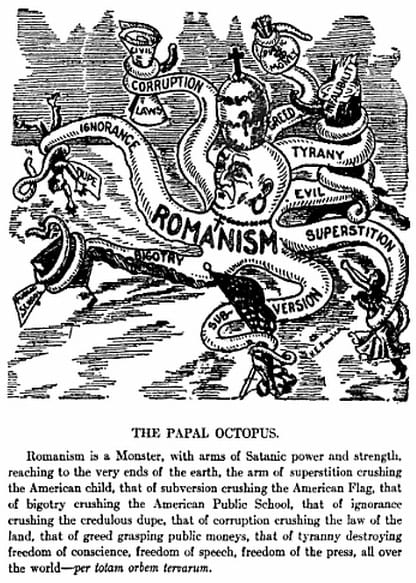 A Presbyterian woman commented on the Coming Home Network forum (her words will be in blue, and those of a second in green):

Why is the Catholic Church the subject of such hatred from other Christians? I’ve noticed that except for the hard-core fundamentalists who suspect (and shun) anyone outside their own congregations, most Christians will give other denominations the benefit of the doubt, even if they know nothing about what those other denominations teach.

I as an evangelical Presbyterian have never heard other Presbyterians speak with suspicion or hatred of Methodists or Lutherans or Congregationalists. Even when there is a clear difference in basic tenets of faith, such as exists between Presbyterians (or Lutherans or Episcopalians) and Baptists, I’ve never heard people of one Protestant denomination say that people in the other denominations aren’t saved, or that they’re involved with the Whore of Babylon (or similar hateful things).

Why the fear – so strong that a practicing Christian often isn’t willing to even engage in a conversation where Catholicism is defended, even mildly? If that’s not a sign of Satan trying to prevent God’s people from hearing the truth, I don’t know what is! I don’t see any other explanation that fits the excessive reactions that people have to even the mention of Catholicism.

In human terms, the hatred for the Church is inevitable because all of those sects who have separated from the Church did it with the intention of rejecting the Catholic Church. The hatred is inbred. It is generational. It is the very foundation on which their sects are built. Whether the Protestants are of the Reformed strain or the Anabaptist, being against the Church was their original reason for coming into being . . .

In spiritual terms, the hatred for the Catholic Church is inevitable since hell is attempting to prevail against it. Just as Jesus’ physical body was spit upon, scourged, beaten and pierced, so too the Body of Christ, his bride, his Catholic Church, is maltreated. Yet he himself has told us that the gates of hell will not prevail against it, and we who are Catholics believe him.

And we Protestants who have become Catholics have paid a great price to not only believe him with our minds and hearts, but with our bodies. All of us have lost friends, many of us have lost family. Yet all of us have gained glorious peace, joy, hope and love to have joined our bodies to the One, Holy, Catholic and Apostolic Church established by our One Lord and Savior, Jesus Christ.

For one thing, the hatred is prevalent because the Catholic Church is a huge target, by sheer size and influence. It’s like one of those great big red barns in the countryside that we’ve all seen, whereas Protestant denominations are more like moving ducks at a carnival: there are far too many to get “mad” at any one of them, and they are moving targets. Even if one takes a few shots, one is likely to miss. It is the very mountain-like “immovability” of Catholic doctrine that is oddly despised by so many.

Secondly, the Catholic Church is the victim of more misrepresentation than any other religious belief, in my opinion. Why? Well, I suspect that it is equal parts ignorance and hostility that is born of ignorance. So we often see criticisms of “Catholicism” that really aren’t at all, because we don’t believe what it is falsely claimed that we believe. Rather, it’s a straw man, or warring against windmills, like Don Quixote.

What G. K. Chesterton observed about Christianity applies especially to Catholic Christianity: “Christianity has not been tried and found wanting. It has been found difficult and left untried.”

Whatever the reasons are, it’s a good sign (and to my mind, a strong confirmation) that singular hatred comes our way, since Jesus taught that His followers would be hated for His name’s sake. 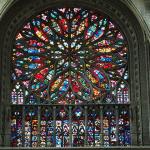 February 13, 2019
How to Determine the Identity of the One True Church
Next Post 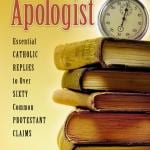 February 14, 2019 Is the Bible in Fact Clear, or “Perspicuous” to Every Individual?
Recent Comments
0 | Leave a Comment
"Hey Mr. Armstrong, What is your opinion on this YT channel? This is, mind you, ..."
Prasanth Did Medieval Catholicism Forbid All Vernacular ..."
"YOU SAID ;Dave’s position and those of other apologists is simple: Instead of letting the ..."
Paul Vinci Resurrection #23: How Did Judas Die?
"Dawkins goes to theism in general. It is on a 1-7 scale, 1= strong belief, ..."
Jim Dailey Pearce’s Potshots #23: God’s True Mercy ..."
"A few questions- First, does the scale specifically refer to christianity, theism in general, or ..."
DC Kurtz Pearce’s Potshots #23: God’s True Mercy ..."
Browse Our Archives
get the latest from
Biblical Evidence for Catholicism
Sign up for our newsletter
POPULAR AT PATHEOS Catholic
1