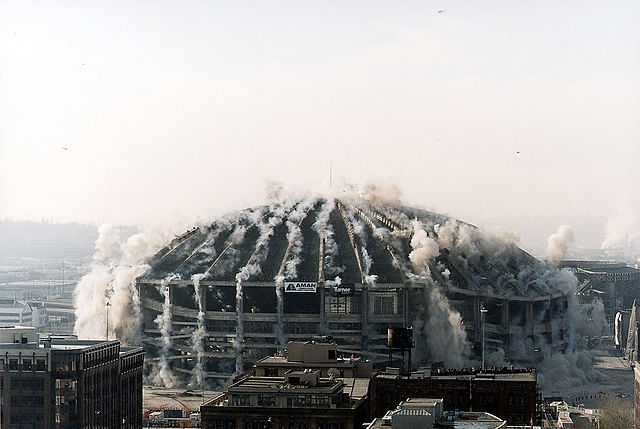 I think these exchanges are models of what is indeed possible, if both sides will listen a bit and stop the incessant suspicion and insults; just talk to each other. This occurred on my blog.

“Illithid” I don’t usually read your blog, though some of the articles seem interesting and I may start. You seem thoughtful and polite.

Casual recollection of many atheist deconversion stories makes me suspect that I disagree with your point here, at least partially. I have read numerous accounts of atheists who left Christianity because they began to study it in depth. Who read apologetics in a sometimes desperate attempt to retain their faith… and failed. I’ve also read atheists’ comments and blog posts that recount how other atheists’ works helped them discard their faith.

I’d like to edit and expand this a bit, but I have to get to work.

Thanks for your kind words. I appreciate that.

Yeah, me too (as to your opinion expressed). But also (invariably in my experience), the reasons given are insufficient, in my opinion, to compel anyone to reject Christianity. Oftentimes, it is a matter of basic facts of error or in logic. I just finished a critique of one such deconversion story today. But my point in the post above is quite simple: atheists mostly preach to their own choirs, just as Christians preach to theirs.

I think there is also some amount of “death by a thousand cuts”. There are many things that as a believer I could defend with no trouble, and so if I now raised them as objections you would be equally entitled to say they are insufficient to compel anyone to reject Christianity. But I think the hundreds of details I now see problems with have a cumulative weight that the isolated examples lack.

I moved from a fundamentalist Christianity to a more liberal Christianity, I understood the principles of literary interpretation used, and I had plenty inviting me to move further along the spectrum. But ultimately, I didn’t consider it compelling. To me, the elephant in the room is burden of proof. There needs to be a reason to accept the Bible as God’s inspired word, and, crucially, there needs to be a reason to accept one of the hundreds of competing Biblical interpretations. I felt too many said “It is possible to interpret the Bible in this way that would remove doubt X, so therefore it must be the correct interpretation” or “The Bible is never wrong, it’s your interpretation that’s wrong”. Giving the Bible the benefit of the doubt would be consistent with an inspired book, but to me does little to prove it is an inspired book. Similarly, many of the literary characteristics discussed in less fundamentalist circles are consistent with human authorship of the book – but do they show divine inspiration of those humans?

Good comment. Thanks. Are you still a liberal Christian, or now an atheist?

Another question that came to me (which you may partially answer in your reply to Illithid above): You talk about insufficient reason to compel someone to reject Christianity. Do you think the bar should be higher for deconversion than it was for conversion? For me, my first reason for being Christian was that my parents were, and I always “knew” it was right. I didn’t make an objective assessment of all religions and choose Christianity as most likely to be right. So in principle there was no reason (other than social) for me to privilege the Christian worldview or start by assuming it was correct.

I, like you, have seen atheist testimonies where their objections or doubts seem fairly simple. But as far as I can tell they were never given much stronger reasons to believe. Is it so unreasonable? There seems a danger of viewing their oversimplistic faith as good while it lasts, then blaming it when it fails. But they’re two sides of the same coin.

Yes, I did develop a more complex faith, and a combination of social and intellectual reasons meant I wanted to be as sure as I could be before quitting. But really, I had never viewed it from any perspective other than “this must be right – let’s just figure out how it’s right”. And that’s not a good frame of mind for assessing whether it truly is right.

Sorry, my comments always seem to drag on longer than I intend…

This is a great dialogue. Thanks.

I think conversions (or adherences) either way should ultimately be based on (or at least be in harmony with) rational considerations.

Not everyone has the same intellectual capacity, of course, but in proportion as we are able to think deeply, I think we all have a responsibility and duty to pursue reason, evidence, and intellectual justification and warrant.

I’m not saying that either religious or atheist belief is solely intellectual, either. But insofar as they are, they should be deeply reflected upon from the standpoint of reason.

In my case, I would roughly describe it as “Emotional reasons caused me to re-investigate my faith. That re-investigation led me to rational

reasons to disbelieve, and I quit because of those rational reasons.”

But I know if I mention the emotional reasons, some will critique them as if the rational reasons didn’t exist. And I’m sure emotions play a part even in the section I’d like to call “rational”.

To me it comes down to this: Just because I cannot articulate all my reasons (let alone persuade others they are good) doesn’t mean they’re not there. And that applied to my Christian belief just as much as my current atheist position. Even before rationally analysing reasons to believe, it took a long time to understand more than just a feeling there were good reasons why I was still Christian.

It’s true that not all are able to articulate reasons for some change of mind (be they good or bad reasons). I understand that.

Part one of my story is that I didn’t think much about religion as a preteen, being raised by a Methodist-raised “apatheist” father and a lapsed Catholic mother, it just wasn’t discussed. I don’t know if they had some sort of armed truce on the subject or just didn’t care that much. But I apparently absorbed enough cultural Christianity to be susceptable at age 13 to a brief conversion by a pair of suited teenagers in a mall. Ten minutes and I was in tears reciting the Sinner’s Prayer.

They probably felt a sense of accomplishment. However, as a result I started to read the Bible. At Genesis I was saying, “ummm… no.” At Job, what struck me was the offhand killing of the family and servants. But he got replacements, so no harm done, right? Then Exodus. God sends Moses “so that my name may be magnified in the land of Egypt”. Twice Pharoah (which one?) is going to release the Israelites, but God hardens his heart. So much for free will (I thought later). Then he kills all the firstborn, who had nothing to do with the situation. Monstrous.

Also, I was praying. Not for a pony or such. To be a better person. To understand. What I gradually understood was that I was talking into a dead phone. Not even a dial tone. Like writing a letter to Santa.

I didn’t know the word, but two weeks after my teary mall conversion I was an atheist.

So you think now that you were capable of understanding all the complexities of the Bible at 13, so that you were justified to become an atheist?

I’ve written about the hardening hearts issue, twice (one / two). It’s a typical example of the Hebrew / biblical “both / and” mindset.

This seems uncharitable. I did say that was “part one”. It’s not as if I thought I had it all figured out at 13 (36 years ago, by the way) and never troubled myself again about the subject.

Well, I wasn’t referring to your development since then: only to the fact that at 13 you felt you could reject the Bible in all of two weeks and move to atheism.

So I asked specifically whether you think that is plausible: to have such knowledge in two weeks at age 13. That’s what I wondered about. No one can even read the Bible in so short a time, let alone have ample reason to reject it and move to atheism.

The hardening hearts thing is just one example where you misunderstood. I wouldn’t expect a 13 yo (or most adults) to understand Hebrew both/and reasoning (because it’s very different from our Greek-derived approach). And this is my point.

I wasn’t trying to be uncharitable at all, but rather, I was appealing to fairness in judging other views, and the folly of a 13 yo thinking he can make such major decisions, and in so short a time.

I figured that you would readily agree with that much.

This is the kind of thing I was talking about, though. I’d probably agree that a few weeks study at age 13 is too short a time to categorically reject Christianity. But that cuts both ways: 10 minutes and a sinner’s prayer is far too short a time to credibly accept Christianity. Two weeks seems to me quite sufficient for recognising you have been pressured into a hasty commitment and backing away again (almost sounds like “counting the cost”…). I think this is similar to what I said earlier about burden of proof: if a person has not had a chance to evaluate all the arguments, atheism seems to me a reasonable default position. Not a form of atheism that rules out any further investigation, but a “lack of belief” form that does not preference any particular religious tradition for cultural reasons.

I agree. That’s why Catholics don’t go for this “instant salvation” nonsense. It’s not biblical, it’s not sensible, and it is foreign to most forms of Christianity throughout history.

Weren’t there mass baptisms during the conquest of Central America?

That’s regeneration in our thinking, but not necessarily assurance of final salvation (as in some Protestant views).

I suppose that’s fair. I’ll admit to having a very incomplete understanding at the time. I don’t even claim to be an expert now, and I knew a lot less then. But I had examined the subject and decided I didn’t believe the claims of Christianity. I had no belief in any gods, and was therefore an atheist.

Stick around. We are able to talk constructively. Right now I’m being pursued by about 40 atheists; more than half of them think I’m a dishonest scumbag.

Gads! Well, if it’s any consolation, I don’t think you’re a dishonest scumbag, I think you’ve been misled by an institutional con job that’s refined its methods over millennia. :-) 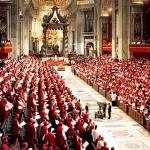 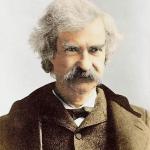 April 27, 2019 Exchange: Definitions of Deism & Atheism / Twain the Atheist?
Recent Comments
0 | Leave a Comment
Browse Our Archives
get the latest from
Biblical Evidence for Catholicism
Sign up for our newsletter
POPULAR AT PATHEOS Catholic
1