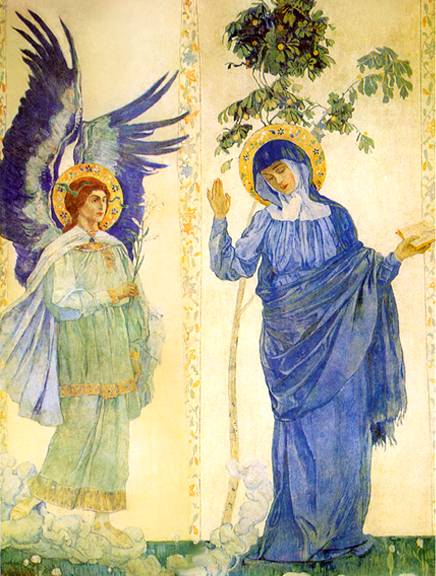 Wikipedia states about Heinrich Bullinger (1504-1575):  “Swiss reformer, the successor of Huldrych Zwingli as head of the Zürich church . . . A much less controversial figure than John Calvin or Martin Luther, his importance has long been underestimated; recent research shows that he was one of the most influential theologians of the Protestant Reformation in the 16th century.”

One source of his views in this regard is a “Sermon on Mary” from 1558, as noted in the German work, Das Marienlob der Reformatoren: Martin Luther, Johannes Calvin, Huldrych Zwingli, Heinrich Bullinger (Gebundene Ausgabe), by Walter Tappolet (Tubingen, 1962); somewhere around pp. 275-290. See a secondary reference to this from Google Books; also an additional reference to it.

Moreover, Bullinger wrote the Second Helvetic Confession in 1562. In its Chapter XI, it refers to “the ever virgin Mary” and “the Virgin Mary.” In Chapter III it mentions “the Blessed Virgin.” Here is the original Latin version for Chapter XI, section 4 (complete):

Thus, we have one proof from the Second Helvetic Confession: a primary source in its original Latin (and English translation), and another (the 1558 “Sermon on Mary”) alluded to in a standard compilation of the Mariology of the earliest Protestant leaders, and in at least two additional works devoted to historic Mariology.

François Turretin (1632-1687) was a major figure in Reformed Protestant (Calvinist) theology. Wikipedia describes him as “an earnest defender of the Calvinistic orthodoxy represented by the Synod of Dort, and as one of the authors of the Helvetic Consensus, which defended the formulation of predestination from the Synod of Dort and the verbal inspiration of the Bible.”
*
Thanks to Perry Robinson (Orthodox), who posted on this in November 2009, and my friend, Nicholas Hardesty, who called my attention to the same. The indented words below are all from Turretin. Bolding is Robinson’s own.

This is not expressly declared in Scripture, but is yet piously believed with human faith from the consent of the ancient church. Thus it is probable that the womb in which our Savior received the auspices of life (whence he entered into this world, as from a temple) was so consecrated and sanctified by so great a guest that she always remained untouched by man; nor did Joseph ever cohabit with her.

Hence Helvidius and the Antidicomarianites (so-called because they were opponents of [antidikoi] Mary) are deservedly rebuked by the fathers for denying that Mary was always a virgin (aei Parthenon). They held that she cohabited with Joseph after delivery; yea, also bore children from him. As Augustine remarks, they rely on the shallowest arguments, i.e., because Christ is called the ‘firstborn’ of Mary (cf. De Haeresibus 56, 84 [PL 42.40, 46]). For as Jerome well remarks, she was so called because no one was begotten before him, not because there was another after him. Hence among lawyers: ‘He is the first whom no one precedes; he is last, whom no one follows.’ The Hebrews were accustomed to call the firstborn also only begotten; Israel is called ‘the first-born of God’ (Ex 4:22), although the only people chosen of God. Thus ‘the firstborn’ is said to be ‘holy unto God’ (Ex 13:2), who first opened the womb, whether others followed or not. Otherwise the firstborn would not have to be redeemed until after another offspring had been procreated (the law shows this to be false because it commands it to be redeemed a month after birth, Num. 18:16).

Not more solidly have they been able to elicit this from the fact that in the New Testament certain ones are called ‘the brothers of Christ.’ It is common in Scripture not only for one’s own and full brothers by nature to be designated by this name, but also blood relatives and cousins (as Abraham and Lot, Jacob and Laban). Thus James and Joses, Simon and Judas are called brothers of Christ (Mt. 13:55) by a relation of blood. For Mary (who is called their mother by Matthew and Mark) is called by John the sister of the Lord’s mother. However what is said in Jn. 7:5 that ‘neither did his brethren believe him’ must be understood of more remote blood relations.

Nor is it derived better from this-that Joseph is said ‘not to have known Mary till she had brought forth her firstborn son’ (Mt. 1:25). The particles ‘till” and ‘even unto’ are often referred only to the past, not to the future (i.e., they so connote the preceding time, concerning which there might be a doubt or which it was of the highest importance to know, as not to have a reference to the future-cf. Gen 28:15; Pss 122:2; 110:1; Mt.28:20, etc.). Thus is shown what was done by Joseph before the nativity of Christ (to wit, that he abstained form her); but it does not imply that he lived with her in any other way postpartum. When therefore she is said to have been found with child ‘before they came together’ (prin e synelthein autous), preceding copulation is denied, but not subsequent affirmed.

Although copulation had not taken place in that marriage, it did not cease to be true and ratified (although unconsummated) for not intercourse, but consent makes marriage. Therefore it was perfect as to form (to wit, undivided conjunction of life and unviolated faith), but not as to end (to wit, the procreation of children), although it was not deficient as to the raising of the offspring. (Institutes of Elenctic Theology, vol. 2, 345-346)

Perpetual Virginity of Mary: Held by All Protestant Reformers [1-27-02] 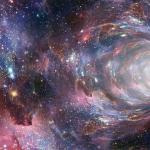 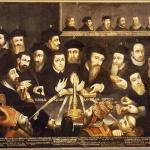 April 10, 2019 Perpetual Virginity of Mary: Held by All Protestant Reformers
Recent Comments
0 | Leave a Comment
"Pope Francis places the highest priority on pastoral care, above all other considerations. I think ..."
Alexander Pope Francis’ “Endorsement” of Fr. James ..."
"I think it's the difference between the ideal and the implementation. Once it gets to ..."
Dave Armstrong Dialogue w Traditionalist “Hurt” by Traditionis ..."
"So it both won’t change much and was necessary? If the conditions on the ground ..."
Thomad Dialogue w Traditionalist “Hurt” by Traditionis ..."
"Oh that I have no doubt. I predict we will have in the future a ..."
Jim the Scott Traditionis Custodes: Sky Hasn’t Fallen (Bishops)
Browse Our Archives
get the latest from
Biblical Evidence for Catholicism
Sign up for our newsletter
POPULAR AT PATHEOS Catholic
1

Okay...I'm Sort Of Back
The surgery took place on the feast of Saint Mary, Saint Martha...
view all Catholic blogs
What Are Your Thoughts?leave a comment
Copyright 2008-2021, Patheos. All rights reserved.