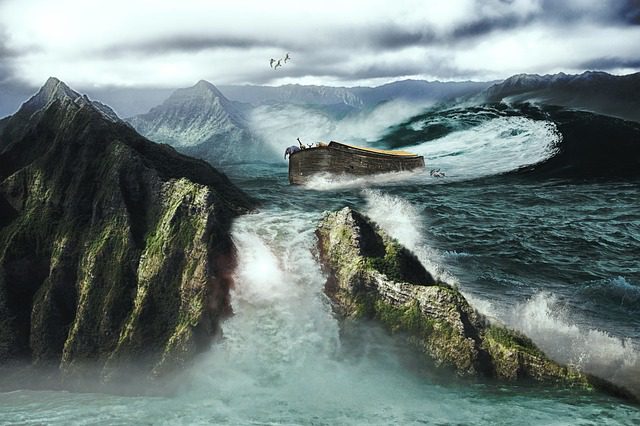 Paolo Pasqualucci (signer of three of the endless reactionary-dominated “corrections” of Pope Francis), a Catholic and retired professor of philosophy of the law at the University of Perugia, Italy, wrote “‘Points of Rupture’ of the Second Vatican Council with the Tradition of the Church – A Synopsis” (4-13-18), hosted by the infamous reactionary site, One Peter Five. It’s an adaptation of the introduction to his book Unam Sanctam – A Study on Doctrinal Deviations in the Catholic Church of the 21st Century.

Pope Benedict XVI, writing as Cardinal Ratzinger, stated that the authority of Vatican II was identical to that of the Council of Trent:

I see no future for a position that, out of principle, stubbornly renounces Vatican II. In fact in itself it is an illogical position. The point of departure for this tendency is, in fact, the strictest fidelity to the teaching particularly of Pius IX and Pius X and, still more fundamentally, of Vatican I and its definition of papal primacy. But why only popes up to Pius XII and not beyond? Is perhaps obedience to the Holy See divisible according to years or according to the nearness of a teaching to one’s own already-established convictions? (The Ratzinger Report, San Francisco: Ignatius, 1985, 28-29, 31)

For further basic information about the sublime authority of ecumenical councils and Vatican II in particular, see:

Infallibility, Councils, and Levels of Church Authority: Explanation of the Subtleties of Church Teaching [7-30-99]

“On Adhesion to the Second Vatican Council” (Msgr. Fernando Ocariz Braña, the current Prelate of Opus Dei, L’Osservatore Romano, 12-2-11; reprinted at Catholic Culture) [includes discussion of VCII supposedly being “only” a “pastoral council”]

Pope Benedict on “the hermeneutic of reform, of renewal within continuity” (12-22-05)

The words of Paolo Pasqualucci, from his article, noted above, will be in blue:

I cite the Wikipedia article,“Subsistit in“:

A supposed reversal of Mystici corporis by the Ecumenical Council, which incorporated virtually all teachings of Pius XII in over 250 references without caveats, would have not only been a rejection of a major teaching of the late Pontiff. It would have raised serious questions regarding the reliability and nature of Papal teachings on such essential topics like the Church. It would have also constituted a major attack on the most recent encyclical teachings of the then reigning Pope Paul VI, who had just issued his inaugural encyclical Ecclesiam suam, on “The Church”. Paul VI quoted Mystici corporis from Pius XII verbatim: . . .

Therefore, the Church states that the phrase “subsists in” of Vatican II does not undermine the preceding manner of expressing the identity of the “Church of Christ” and the “Catholic Church”, since, as John XXIII said when he opened Vatican II, “The Council… wishes to transmit Catholic doctrine, whole and entire, without alteration or deviation” (speech of 11 October 1962).

Pope Paul VI when promulgating the Constitution, said the same.

[Footnote:  “There is no better comment to make than to say that this promulgation really changes nothing of the traditional doctrine. What Christ willed, we also will. What was, still is. What the Church has taught down through the centuries, we also teach.” (Speech at the promulgation of the Constitution on the Church and the Decrees on the Eastern Churches and Ecumenism): 11-21-64]

The Council teaches that Christ “established… here on earth” a single Church “as an entity with visible delineation… constituted and organized in the world as a society”, a Church that has “a social structure” that “serves the spirit of Christ” in a way somewhat similar to how “the assumed nature, inseparably united to him, serves the divine Word as a living organ of salvation”. It is this concrete visible organized Church, endowed with a social structure, that the Council says “subsists in the Catholic Church, which is governed by the successor of Peter and by the Bishops in communion with him.” [Lumen gentium, 8]

In another document promulgated on the same day (21 November 1964) as Lumen gentium, the Council did in fact refer to “the Holy Catholic Church, which is the Mystical Body of Christ” (Decree Orientalium ecclesiarum, 2). Here the traditional conventional expression “is” is used, whose clarity can be used to interpret the potential ambiguity of the other phrase.

It is also to the Catholic Church, not to some supposed distinct “Church of Christ”, that has been entrusted “the fullness of grace and of truth” that gives value to the other Churches and communities that the Holy Spirit uses as instruments of salvation, [Unitatis redintegratio, 3] though the Church of Christ is not said to subsist in any of them.

In fact, the Council combined the two terms “Church of Christ” and “Catholic Church” into a single term, “Christ’s Catholic Church” in its Decree on Ecumenism, promulgated at the same time as its Constitution on the Church. [Unitatis redintegratio, 3] ]

We saw in the previous installment that “no salvation outside the Church was reiterated by Vatican II in Lumen Gentium and is quite as intact as it ever was:

14. This Sacred Council wishes to turn its attention firstly to the Catholic faithful. Basing itself upon Sacred Scripture and Tradition, it teaches that the Church, now sojourning on earth as an exile, is necessary for salvation. Christ, present to us in His Body, which is the Church, is the one Mediator and the unique way of salvation. In explicit terms He Himself affirmed the necessity of faith and baptism (124) and thereby affirmed also the necessity of the Church, for through baptism as through a door men enter the Church. Whosoever, therefore, knowing that the Catholic Church was made necessary by Christ, would refuse to enter or to remain in it, could not be saved.

They are fully incorporated in the society of the Church who, possessing the Spirit of Christ accept her entire system and all the means of salvation given to her, and are united with her as part of her visible bodily structure and through her with Christ, who rules her through the Supreme Pontiff and the bishops. (Ch. II, 14.1-2)

The Second Vatican Council is merely wishing to clarify that the Church’s teaching on this (and there have been many strict expressions of it, besides what we see from Florence) is not meant to condemn those who are non-Catholic through no fault of their own. It’s important to point out that Lumen Gentium is not the first time we find a broad expression of the teaching on salvation outside the Church.

7. [. . .] There are, of course, those who are struggling with invincible ignorance about our most holy religion. Sincerely observing the natural law and its precepts inscribed by God on all hearts and ready to obey God, they live honest lives and are able to attain eternal life by the efficacious virtue of divine light and grace. Because God knows, searches and clearly understands the minds, hearts, thoughts, and nature of all, his supreme kindness and clemency do not permit anyone at all who is not guilty of deliberate sin to suffer eternal punishments.

8. Also well known is the Catholic teaching that no one can be saved outside the Catholic Church. Eternal salvation cannot be obtained by those who oppose the authority and statements of the same Church and are stubbornly separated from the unity of the Church and also from the successor of Peter, the Roman Pontiff, to whom “the custody of the vineyard has been committed by the Savior.” [. . .]

On August 9, 1949, the Holy Office condemned (here) the error of Leonard Feeney who held that those who failed to enter the Church formally, even with no fault of their own, could not reach salvation. The decree says (numbering is mine):

12. [. . .]Therefore, that one may obtain eternal salvation, it is not always required that he be incorporated into the Church actually as a member, but it is necessary that at least he be united to her by desire and longing.

13. However, this desire need not always be explicit, as it is in catechumens; but when a person is involved in invincible ignorance God accepts also an implicit desire, so called because it is included in that good disposition of soul whereby a person wishes his will to be conformed to the will of God.

Pius XII had said that a man can be “ordered to the Church by a certain desire and wish of which he is not aware,” that is, the one contained in the good dispositions mentioned by the Holy Office (cf. Mystici Corporis, no. 103)

(“No Salvation Outside the Church: Council of Florence vs. Second Vatican Council”, Phat Catholic Apologetics, 10-23-12)

Matthew 23:23-24 (RSV) “Woe to you, scribes and Pharisees, hypocrites! for you tithe mint and dill and cummin, and have neglected the weightier matters of the law, justice and mercy and faith; these you ought to have done, without neglecting the others.  [24] You blind guides, straining out a gnat and swallowing a camel!” 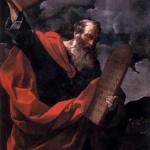 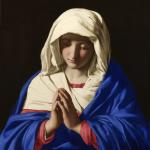 July 15, 2019 Debate: Teach & Enforce Liturgical Rubrics Or No?
Recent Comments
0 | Leave a Comment
"Where Peter is there is the Church, there is God. St Ambrose said it. I’m ..."
Love God :) Abp. Viganò: Fanaticism, Extremism, and Conspiratorialism
"This was a beautiful, touching reflection. Thank you! I am holding all of your deceased ..."
Josef My Sister, Judy All (1952-2020)
"I venture to suggest that as all sickness has, at its root cause in the ..."
Ulf Turkewitsch Demonic Possession or Epilepsy? (Bible & ..."
"Yes, probably, though the depth may often be understood if explained well enough, I'd think, ..."
Heretics Beware Dispute Over the Nature of Doctrinal ..."
Browse Our Archives
Follow Us!

Official Catholic Church Teaching on the...
The Shoeless Banshee: Meanderings Beyond the Pale
Books by This Author Books by Dave Armstrong