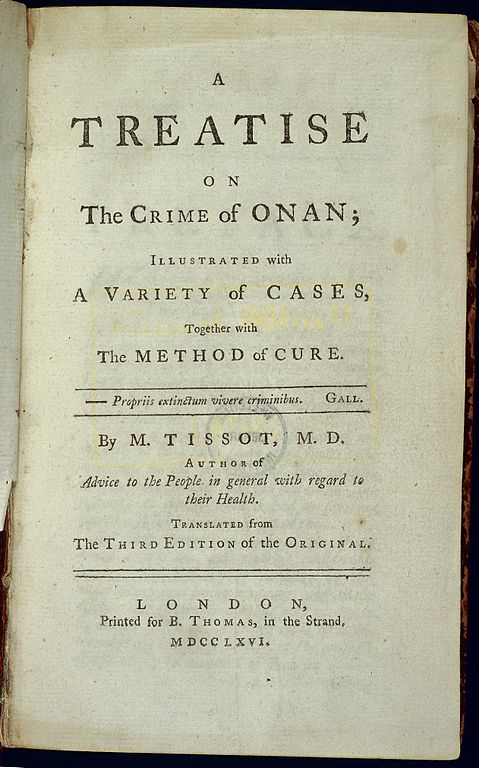 Onan must have been a malicious and incorrigible scoundrel. This is a most disgraceful sin. It is far more atrocious than incest and adultery. We call it unchastity, yes, a Sodomitic sin . . . That worthless fellow . . . preferred polluting himself with a most disgraceful sin to raising up offspring for his brother. (Lectures on Genesis: Chapters 38-44; 1544; Luther’s Works, 7, 20-21)

John Calvin, in his Commentary on Genesis, stated: “It is a horrible thing to pour out seed besides the intercourse of man and woman.”

The fact remains that being against contraception is not just a “Catholic” thing, but a Christian and biblical thing. That’s why all Protestants and Orthodox as well as Catholics, thought it was a grave sin until 1930, when the Anglicans first allowed it for exceptional cases only. Now we see that most Protestants (including myself before 1990) have caved in to the spirit of the age and have adopted pagan, heathen sexual morality in this area. Historically this was not the case at all.

“The Catholic Church hates sex” canard is old, tired, and inanely asinine. We don’t hate sex; we hate perversions of the natural and proper function and nature of sex. The world has perverted the great gift of God, and we see the fruits all around us.

As the secular society goes, so go Christians, so often. It doesn’t take a rocket scientist to figure out that this is a compromise, rather than holding firm what Christianity has always taught. Libertarianism holds that if something is widespread, it must be okay. Instead of “might makes right,” instead we have “frequency and commonness makes right.” These are not Christian principles.

If we overcome addiction to nicotine or alcohol or cocaine or heroin or pornography by going cold turkey, why should we think that masturbation (itself highly prone to addiction) should be any different? We get completely away from the flame in the other instances, but we keep it at a medium-low flame in this one? That makes no sense. It is literally non sense. All of this madness presupposes (at some level —or, I should probably say, reduces to, once scrutinized) the libertarian mentality and lie that “doing this little thing with your own body hurts neither yourself not anyone else.” Hogwash . . .

The Catholic Church and its traditional moral theology draw a distinction between subjective culpability and objective gravity of a sin. The former doesn’t affect the latter in the least. It is, of course, true, that there are all sorts of factors affecting individual culpability. People are so ignorant today that they very often can’t be in mortal sin by definition because that requires three conditions being met:

Ignorance and disinformation abounds (#1); people don’t know or understand the teaching in the first place (let alone the reasons behind it: #2), and addictive behaviors and other psychological factors affect consent (#3). None of this, however, affects the graveness of the thing itself, which is, as the Catholic Catechism states, “an intrinsically and gravely disordered action.”

Pastoral understanding and mercy depending on age, circumstances, one’s background, etc., are one thing, but flat-out denying the wrongness and immorality of the act is another altogether. Once we hold that it ceases being a sin based on circumstance, then we are right smack dab in the middle of situation ethics and ethical relativism.

So what is next? Fornication becomes “not a sin at all” if a young person is messed-up enough or abused by their parents or had lots of tragedy in their lives? Let them go at it, because now it is no longer wrong? All of this is utterly obvious, as far as I am concerned. Inconsistency ought to be closely examined, because it usually indicates a serious flaw in premises or reasoning, somewhere. It’s a warning signal.

Lust is an interior sin, and it is just as serious (according to Jesus in the Sermon on the Mount) as the outward acts. The good news is that grace is given even to those not following Christ, and it is often given outside formal sacraments (this is all good Catholic theology).

What God commands, He gives the power to carry out; even with regard to the most extremely difficult issues of sexual abstinence. C. S. Lewis said that the people who really know the power of the devil and temptation are the ones who resist the devil and immorality. This is true particularly in sexual matters.

God lets us know on the inside that something is wrong, but if we refuse to listen to His voice, that can all be discarded with frightening rapidity with the onset of puberty and the emotional, social, and hormonal onslaught of adolescence. The trouble today is that people have bought the lie that it is impossible to carry out these difficult ideals of the Christian life (even with God’s grace). So they give up. But I think that if people would deepen their trust in God and trust in faith that He knows what He is talking about when He makes His commands, and that He has granted the Church wisdom in proclaiming it, that it would be much different.

People have to be willing to follow God and to carry their cross and to take the hard road where necessary. Christianity is not easy. Probably the most difficult thing in it is its sexual morality (along with forgiving one’s enemies). But faith means trusting that God can enable us to do all this hard stuff.

Don’t accept the lies of our age. Something can be both very difficult and also attainable; able to be accomplished by the grace of God. With God all things are possible. We claim to have faith and belief in God, yet we will compromise with very little provocation. We don’t believe He can give us the grace to persevere. Nor do we believe that we can be restored if we fall (as we all do, in one way or another). The devil gets in there and starts the condemnation trip, then: “God won’t forgive you, you miserable, worthless hypocrite. Who do you think you are, thinking you have the power to overcome your addiction and sin?”

Even many secular researchers in social science are finding that married sex between those who abstain prior to marriage is more fulfilling and pleasurable than for those who did not and who slept around. Committed Christians are more sexually fulfilled than the wild free love hedonists, and have happier marriages. It’s true, and sociology has demonstrated this again and again.

The current sexual ethic has not produced the paradise and Utopia that all the “enlightened” sexual liberals in the 60s were “sure” would come to pass. That much is utterly obvious, so I won’t belabor it. We refuse to yield up intrinsically disordered and grave sins to the zeitgeist, the polls, or the latest issue of Psychology Today (or Time). Does a moral wrong remain so for all time, or does it shift according to the times and fads and whims and fancies and how prevalent a behavior is becoming in a sitcom or a dope opera?

There are not “loopholes” and excuses and extenuating circumstances on a variety of levels with these sexual sins, so that therefore, we somehow can conclude that sin isn’t sin, or that we can wink at it and be unconcerned with the massive personal and societal consequences that all sin has. “Let ’em sow their wild oats,” etc.

If it’s wrong, then it cannot be justified. We can have all the mercy and understanding in the world towards individuals (and I try my best to do that — I may sound “judgmental” in certain of my writings, but I am not at all like that in person), but sin is sin, and we cannot compromise in describing it as such. Once we allow it at all as a moral option or an excusable one, then we’ve already taken the most dangerous step. Human nature will always create a slippery slope. This is especially true in sexual matters.

What we know is that masturbation has been considered sin throughout Christian history, and that sins don’t disappear in proportion to how many people are committing them. My job as an apologist is to point out what we think is sin, and (especially) why we think so. If I am correct, I have helped aid people in arriving at a fuller understanding of Christian and Catholic moral teaching. If I am wrong, I haven’t really hurt anyone (I might, I suppose, be regarded as puritanistic or merciless; well, that’s a price I am fully willing to pay, if I can proclaim these truths for the sake of souls). It’ll all come out in the end who was being merciful and who was indeed following God’s true teaching, when all things are revealed. I’m just trying to do the best I can.

If the idea is to attain sexual fulfillment no matter how, and to hell with Christian sexually repressed morality, then the ontological and spiritual elements of sexuality have been removed. It’s simply about rubbing body parts together and getting off on it. It has no meaning other than sense gratification. Masturbation amounts to an infantile self-gratification. The Catholic position is that it is intrinsically disordered, as a non-procreative and abnormal sexual act, because sexuality (like marriage) was designed by God to be between a man and a woman in a committed marriage relationship, and its deepest (but not sole) purpose is procreation. 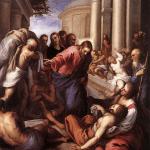 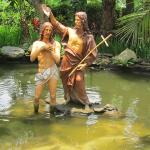 August 14, 2019 David Madison vs. the Gospel of Mark #2: Chapter 1
Recent Comments
0 | Leave a Comment
"Because it's a falsehood. bearing false witness is always "anti" in relation to the person ..."
Dave Armstrong Luke 1:28 (“Full of Grace”) & ..."
"Really good point about the extent of a shared vocation. This was a big bone ..."
Lynn Dialogue: Are More Married Catholic Priests ..."
"Well, it is loosing what someone else has bound. Dude, you abd I are only ..."
Prasanth Sola Scriptura: Self-Refuting? (vs. Steve Hays)
"Maybe it is semantics but I don't think one can loose what was never bound.It ..."
Justin Sola Scriptura: Self-Refuting? (vs. Steve Hays)
Browse Our Archives
get the latest updates from
Biblical Evidence for Catholicism
and the Patheos
Catholic
Channel
POPULAR AT PATHEOS Catholic
1