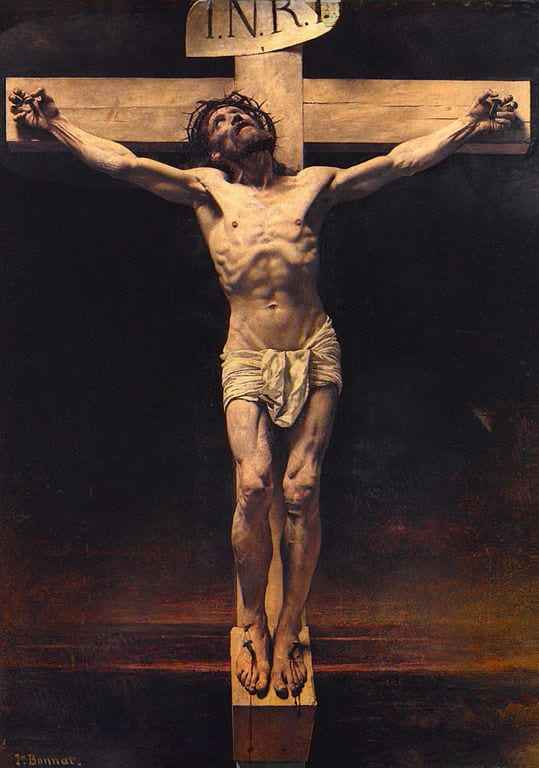 The “Place of the Skull”; Calvary; Golgotha. It’s the epicenter of Christianity: our “holy of holies”; indeed, the spiritual center of the entire universe, for this is the spot where our Lord and Savior Jesus Christ was crucified and died for our sake.

Golgotha (along with Christ’s tomb) is located within the Church of the Holy Sepulchre, in the walled Old City of Jerusalem. I recently visited there, twice, as part of a pilgrimage party of five. Though I’ve written professionally for over twenty years, I found it very difficult to describe what I felt in this holiest of places. Six days after I returned, I gave it a shot:

It’s the most spiritually powerful and moving place I’ve ever experienced. It pulsates with an ultimately indescribable immense spiritual energy and intensity.

That might perhaps provide some dim reflection of what it was like. It shows, at least, I think, the gripping impact that it had on my own soul. On the night of our first visit, in my hotel room, I wrote a diary-like account:

We both had a feeling of being overwhelmed by the Holy Spirit and a tangible sensation of being physically weak and helpless. My heart was pounding in anticipation. I have used the metaphor of “spiritual electricity” more than once on this pilgrimage. Here that feeling of power and God’s presence was exponentially magnified all the more so: like being in the center of the sun (if indeed that were possible). The feeling of awe and reverence is simply indescribable and beyond all words (yet we inadequately try to convey it, anyway). This must have been what it felt like for the high priests to enter the Holy of Holies in the tabernacle and temple.

In my opinion, my wife Judy and fellow pilgrim Margie Prox Sindelar did far better in describing it, and I’d like to now cite their exact words, shortly after the visit. First, Margie:

It was the most powerful spiritual experience of my life to this day. I knew I had to find the cross, and I found it and went up there, and I got to a painting of Jesus being nailed to the cross, and I started to feel suffering. Then I saw the shrine of the sorrowful mother, and again, the closer I got, the more power I felt. I was weak, shaking, and sobbing, and felt a sorrow, suffering, and joy all at the same time. I wanted it to stop, but I didn’t want it to, because I was so close to Jesus. So it was worth it.

Then I had to sit in a chair, because I couldn’t take it any more. I sat there and had to sob for a while before I could go on. I couldn’t control myself. The whole thing changed me in a very big way, but I can’t explain how. Something happened very big spiritually, to my soul, and I can’t put it into words, but I know I’m different.

As soon as we hit the courtyard, my knees became weak. Then when we went up the stairs to Golgotha, that was unbelievable. I felt a crushing weight on my shoulders, and my whole body felt crushed, like what Jesus would have felt. It took every ounce of my being to walk up those stairs. Dave and I and Margie experienced a lot of common things.

When we got to the top of the stairs, I literally felt that my heart was ripped in two. When we were waiting in line and saw the image of the crucifixion, and when we knelt under the altar, then I felt a little piece of what Mary felt and I thought, “I can’t take this.” I could visually see her weeping and trying to comfort her Son, and I wanted to do that, too.

But when we knelt under the altar I felt a piercing that just gripped me. I was crying so hard and I wanted the tears to land on Jesus to soothe Him. I sat on a chair nearby and wanted to just scream out in agony, so in order to avoid that I wanted to be by ourselves. And when we were by ourselves, that’s when I was able to let it out in tears.

Clearly, we Catholics are quite capable of entering into a “personal relationship with Jesus” every bit as profound as that of Protestants, who (especially, evangelicals) often emphasize this aspect of Christianity. These accounts of my wife and Margie reminded me so much of the great Catholic mystics that I have read (I have compiled a book of their great reflections).

Readers interested in a fuller account of my pilgrimage to Israel (along with reports of lots of new, exciting biblical archaeology), may be interested in my book, Footsteps That Echo Forever. 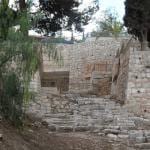 April 10, 2020
Archaeology: Jesus’ Crucifixion, Tomb, & the Via Dolorosa
Next Post 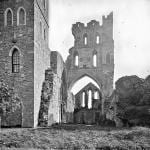 April 10, 2020 Priest Blasphemes God (Coronavirus = Judgment?)
Recent Comments
0 | Leave a Comment
"Ooooh! This is a comment that the anti-Catholics will certainly ignore. :-)"
Dave Armstrong “Unigenitus” (1713) vs. Personal Bible Study?
"The propositions that are condemned by the papal bull in question came from a book ..."
Paul Hoffer “Unigenitus” (1713) vs. Personal Bible Study?
"For now?Come back in 3 years and we can revisit this."
Sandy Plage Bad or Absent Fathers as a ..."
"Looks good to me, what I saw of it."
Dave Armstrong Did Medieval Catholicism Forbid All Vernacular ..."
Browse Our Archives
get the latest from
Biblical Evidence for Catholicism
Sign up for our newsletter
POPULAR AT PATHEOS Catholic
1