Salvation is a Process & Not Instantaneously Assured 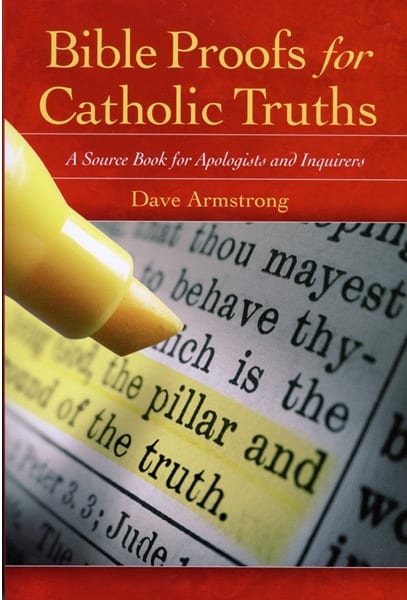 From my book, Bible Proofs for Catholic Truths (2009), except that here I use the RSV version rather than KJV.

1 Samuel 11:6; 18:12 And the spirit of God came mightily upon Saul when he heard these words, . . . Saul was afraid of David, because the LORD was with him but had departed from Saul.

Ezekiel 18:24 But when a righteous man turns away from his righteousness and commits iniquity and does the same abominable things that the wicked man does, shall he live? None of the righteous deeds which he has done shall be remembered; for the treachery of which he is guilty and the sin he has committed, he shall die.

Matthew 7:21 Not every one who says to me, “Lord, Lord,” shall enter the kingdom of heaven, but he who does the will of my Father who is in heaven.

Matthew 13:19-21 When any one hears the word of the kingdom and does not understand it, the evil one comes and snatches away what is sown in his heart; this is what was sown along the path. As for what was sown on rocky ground, this is he who hears the word and immediately receives it with joy; yet he has no root in himself, but endures for a while, and when tribulation or persecution arises on account of the word, immediately he falls away.

Matthew 24:10-13 And then many will fall away, and betray one another, and hate one another. And many false prophets will arise and lead many astray. And because wickedness is multiplied, most men’s love will grow cold. But he who endures to the end will be saved. (cf. 10:22; Mk 13:13)

Mark 4:5-6, 14-19 Other seed fell on rocky ground, where it had not much soil, and immediately it sprang up, since it had no depth of soil; and when the sun rose it was scorched, and since it had no root it withered away. . . . The sower sows the word. And these are the ones along the path, where the word is sown; when they hear, Satan immediately comes and takes away the word which is sown in them. And these in like manner are the ones sown upon rocky ground, who, when they hear the word, immediately receive it with joy; and they have no root in themselves, but endure for a while; then, when tribulation or persecution arises on account of the word, immediately they fall away. And others are the ones sown among thorns; they are those who hear the word, but the cares of the world, and the delight in riches, and the desire for other things, enter in and choke the word, and it proves unfruitful.

Luke 8:5-14 “A sower went out to sow his seed; and as he sowed, some fell along the path, and was trodden under foot, and the birds of the air devoured it. And some fell on the rock; and as it grew up, it withered away, because it had no moisture. And some fell among thorns; and the thorns grew with it and choked it. And some fell into good soil and grew, and yielded a hundredfold.” As he said this, he called out, “He who has ears to hear, let him hear.” And when his disciples asked him what this parable meant, he said, “To you it has been given to know the secrets of the kingdom of God; but for others they are in parables, so that seeing they may not see, and hearing they may not understand. Now the parable is this: The seed is the word of God. The ones along the path are those who have heard; then the devil comes and takes away the word from their hearts, that they may not believe and be saved. And the ones on the rock are those who, when they hear the word, receive it with joy; but these have no root, they believe for a while and in time of temptation fall away. And as for what fell among the thorns, they are those who hear, but as they go on their way they are choked by the cares and riches and pleasures of life, and their fruit does not mature.”

1 Corinthians 9:27  but I pommel my body and subdue it, lest after preaching to others I myself should be disqualified.

1 Corinthians 10:12 Therefore let any one who thinks that he stands take heed lest he fall.

Galatians 4:8-9 Formerly, when you did not know God, you were in bondage to beings that by nature are no gods; but now that you have come to know God, or rather to be known by God, how can you turn back again to the weak and beggarly elemental spirits, whose slaves you want to be once more?

Galatians 5:1, 4 . . . stand fast therefore, and do not submit again to a yoke of slavery . . . You are severed from Christ, you who would be justified by the law; you have fallen away from grace.

Philippians 3:11-14  that if possible I may attain the resurrection from the dead. Not that I have already obtained this or am already perfect; but I press on to make it my own, because Christ Jesus has made me his own. Brethren, I do not consider that I have made it my own . . . I press on toward the goal for the prize of the upward call of God in Christ Jesus.

1 Timothy 4:1 Now the Spirit expressly says that in later times some will depart from the faith by giving heed to deceitful spirits and doctrines of demons.

Hebrews 3:12-14 Take care, brethren, lest there be in any of you an evil, unbelieving heart, leading you to fall away from the living God. But exhort one another every day . . . that none of you may be hardened by the deceitfulness of sin. For we share in Christ, if only we hold our first confidence firm to the end.

Hebrews 10:26, 29 For if we sin deliberately after receiving the knowledge of the truth, there no longer remains a sacrifice for sins, . . . How much worse punishment do you think will be deserved by the man who has spurned the Son of God, and profaned the blood of the covenant by which he was sanctified, and outraged the Spirit of grace?

Hebrews 10:36, 38-39 For you have need of endurance, so that you may do the will of God and receive what is promised. . . . but my righteous one shall live by faith, and if he shrinks back, my soul has no pleasure in him.” But we are not of those who shrink back and are destroyed, but of those who have faith and keep their souls.

Hebrews 12:15 See to it that no one fail to obtain the grace of God; that no “root of bitterness” spring up and cause trouble, and by it the many become defiled;

James 1:25 But he who looks into the perfect law, the law of liberty, and perseveres, being no hearer that forgets but a doer that acts, he shall be blessed in his doing.

Revelation 2:3-5 I know you are enduring patiently and bearing up for my name’s sake, and you have not grown weary. But I have this against you, that you have abandoned the love you had at first. Remember then from what you have fallen, repent and do the works you did at first. If not, I will come to you and remove your lampstand from its place, unless you repent.

Revelation 2:10-11 Be faithful unto death, and I will give you the crown of life. He who has an ear, let him hear what the Spirit says to the churches. He who conquers shall not be hurt by the second death.

Revelation 2:25-26 only hold fast what you have, until I come. He who conquers and who keeps my works until the end, I will give him power over the nations,

Revelation 3:11 I am coming soon; hold fast what you have, so that no one may seize your crown. 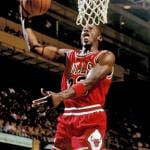 May 7, 2020
Defending the "Bad Boy" Pistons and Isiah Thomas
Next Post 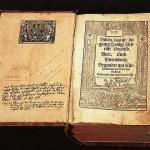