The Imitation of the Blessed Virgin Mary

The Imitation of the Blessed Virgin Mary June 18, 2020 Dave Armstrong 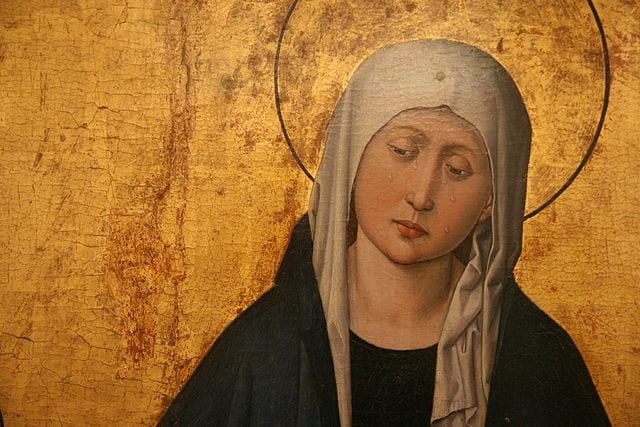 [This is one of my own very favorite papers]

A Catholic friend asked me:

Hey, I’ve got an apologetics question that I’ve been trying to answer for months (from my wife). She has trouble identifying with Mary because of Mary’s Immaculate Conception. In my wife’s mind, the special graces given to Mary through the perfect relationship she had (has) with God, make it impossible for the rest of us to emulate/imitate her. She keeps repeating the assertion that “it would have been more of a miracle if God chose a normal woman by which to enter the world.”

I am a convert from Evangelical Protestantism. She was raised in that environment and is now attending Mass, but not yet Catholic. The Marian doctrines seem to be her final stumbling stone (which I can fully understand, since they were mine also).

Well, this is a good question. I’ll do my best to take a crack at it. All of us miserable sinners find ourselves in an awkward position when it comes to God and perfect people like the Blessed Virgin Mary. I would come at this from several different angles:

First, we need to distinguish between relating to Mary and emulating her. Since she was indeed without sin (both original and actual), in that sense it is of course difficult to “walk in her shoes,” so to speak. Yet, when it comes to imitation, it is a fact of life that in our better moments we all strive to emulate people who are “superior” to us, whom we admire and look up to — those who have succeeded in areas we still yearn for and dream about.

That’s what all the talk about “role models” is about. If we didn’t have a high goal to strive for, how could we improve and become the type of people we want to be? More on this later.

Second, what Catholics have most revered about Mary through the centuries (I think) is her humility and willingness to be mightily used by God as the Theotokos (God-bearer). In this sense she is like us: a mere human being who said yes to God, thus reversing the no of Eve (hence her designation as the Second Eve in the Fathers). This is the Mary of the Annunciation (Lk 1:38; cf 1:48).

Now, one might counter with the objection that she had to say yes, being sinless, yet Catholics would not hold to that assertion, since we also believe in free will. It is true of all of us that we must agree to accept and cooperate with the graces that always originate from God (e.g., 1 Cor 3:8-9; 15:10; 2 Cor 6:1). We are, in a sense, “co-laborers” with God. We do not adhere to fatalism or determinism (even Calvinists deny that they hold such a view).

If we take the logic that she “had to do it,” therefore it wasn’t meritorious, to its logical conclusion, we would also have to say that God’s voluntary good actions are not good, since He is unable — by the nature of things — to sin. So we assert that Mary did the right thing, and that she was a created human being like the rest of us, even though without sin, and that this is both her glory and her commonality with us.

Third, Mary is not intrinsically superior in essence to the rest of us. She received from God all of the grace which she possessed in abundance (Lk 1:28 — full of grace in some translations). She was merely given more of it at one time, and earlier, than us. All human beings who are to be saved for eternity in heaven will one day be without sin, unstained, immaculate, just as Mary was from conception, and just as all of us were meant to be, but for the Fall of Adam and Eve. That’s why Cardinal Newman said it was easier to believe in the Immaculate Conception than it was to accept the fact that all human beings are conceived in original sin, since it was one mere exception to the universal rule.

Fourth, while it is appealing in a sense to ponder a sinful Mary whom God could have used as well (which is indeed not an impossible hypothetical scenario — and one I used to argue also), God chose, rather, to make her sinless since this was appropriate for the ark of the new covenant who carried God incarnate and shared even her own blood with Him in utero. So God chose to act in a special way to preserve Mary from sin.

I don’t think it is unreasonable at all to believe that He would do that, given that He will eventually cleanse totally all saved persons so that they will be fit for heaven. If we must be clean to enter heaven and stand in God’s presence (Rev 21:27), then it seems only proper for the Mother of God to possess a commensurate righteousness for that unfathomable task, privilege, and honor. In fact, if I were her, I would much rather have been granted that special grace than to have to face that awesome situation as a sinner!

Fifth, there are plenty of other sinful, “weak” models in Scripture that we can relate to as like us in that sense: vacillating, overzealous Peter, perhaps proud, tempestuous Paul, stuttering Moses and his wimpy brother Aaron, blame-shifting Adam, murderous and adulterous David, doubting Thomas, deceptive Jacob, sexually weak Samson, drunken, incestuous Noah, etc. I don’t think it is implausible for God to spare one, lone human being (His earthly mother at that) from the onslaught of original sin. In fact, I wonder myself why He didn’t make more people sinless!
*

Finally, getting back to the first point, I think this objection fails in the final analysis because it is unscriptural, for the following reasons: we are commanded to imitate the Apostle Paul and other saints (1 Cor 4:16; Phil 3:17; 2 Thess 3:7-9; cf. Jas. 5:10-11; Heb 6:12 and ch. 11), which is difficult enough. Paul sinned as we do, but he also did extraordinary things that in all likelihood we will never accomplish. He was an Apostle! Yet we are called to “imitate” him. Christianity is filled with this sort of striving for what in fact is virtually unattainable in this lifetime.

This is one of the many paradoxes of our faith. We may not achieve a 100% grade, but we can shoot for a 90%, or 80% (speaking of sanctification, not the grounds of salvation), as God allows, and as we are faithful in allowing Him to do His work in us. The ideals are always there to shoot for.

Now, the rub is that Paul in turn, imitates Christ, and calls for us to do that as well (1 Cor 11:1; 1 Thess 1:6). Here we are in the same boat as with Mary, and much more so, since this is God Incarnate. Obviously we will not “imitate” Him perfectly, but we are called to do our best, and live by His example. And in our Lord Jesus we find the same humility (of course even more profound) that we find in Mary: He humbled Himself first by giving up divine prerogatives and becoming man (Phil 2:5-7) and then dying on the cross (Phil 2:8).

It is one of the glories of the Incarnation itself: the fact that God would so humble Himself out of love for us, as to become one of us — like His own creatures. C. S. Lewis compared that act to a person becoming an ant. We don’t say that we can’t relate to Christ because He is God, but that we can relate to Him since He is a man:

Therefore, since we are expressly informed in Scripture that Jesus our Lord and God, who did not and could not sin, can nevertheless relate to us, “sympathize with our weaknesses,” and has been tested like us “in every respect,” we can relate all the more so to Mary, who is a creature as we are, yet without sin. In other words, it is not sinlessness which is inherently opposed to human nature, as if sin and concupiscence were the “normal” state. Rather, it is sin which is “unhuman,” since it stands in the way of what God intended for the human race, and what will one day indeed be accomplished among the saved and the elect.

Thus, Mary is more “human” than all of us, and therefore can help us (by example and intercession) to be what we should be: more like Jesus, her beloved Son, and less in bondage to sin. She is the example of what all of us can be more and more in this life, and what we assuredly will essentially be in the next if we persevere in the faith.

Catholic Christianity recognizes and venerates the Blessed Virgin Mary, the Immaculate Mother of God, as the exemplar of what redeemed humanity will one day be: the forerunner, the quintessential Christian and symbol of the Church itself, our Spiritual Mother and Queen of Heaven, who was spared by God’s grace the curse of death and immediately received her glorious resurrected body after her earthly sojourn had come to an end. And that’s why we and others have fulfilled the prophecy that Mary gave concerning herself:

And why is she blessed?:

Luke 1:49 for the Mighty One has done great things for me, and holy is his name.

Mary is always glorifying God the Father and Jesus, never herself, for this is her purpose and calling. All of the Marian doctrines are Christocentric. They were promulgated in the first place so that Jesus Christ would be glorified, not Mary. And this is why Catholics have venerated her above all creatures, and why any Christian can indeed “relate to” and “identify with” her, because she glorifies and imitates God, and that is what all serious Christians want to do (and are commanded to do) too. 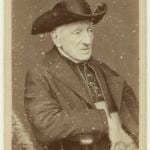 June 18, 2020
Cardinal Newman on the Bodily Assumption of Mary
Next Post 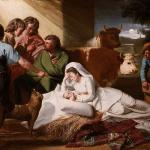 June 19, 2020 Dialogue: Mary’s “In Partu” Virginity (During Birth)
Recent Comments
0 | Leave a Comment
"Heard a discussion on Catholic radio this evening, an interview with Cardinal Dolan about the ..."
onlein Marshall, Keating, & Lawler: Exchanges Re ..."
"Of course, there is no proof that Pope Francis is a heretic. He never can ..."
Paul Hoffer Phil Lawler: No Proof Pope Francis ..."
"I might suggest we take his flawed, self-serving list and propose a negative path. Q. ..."
Dave Crago Seidensticker Folly #72: Why an Eight-Week ..."
"Btw, that O'Rahilly and Muller textbook is awesome. I used it on a college paper ..."
Ame Seidensticker Folly #72: Why an Eight-Week ..."
Browse Our Archives
get the latest from
Biblical Evidence for Catholicism
Sign up for our newsletter
POPULAR AT PATHEOS Catholic
1