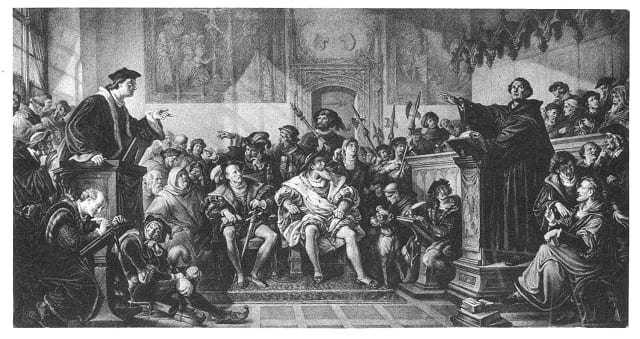 There are certain things I have constantly asserted with regard to radical Catholic reactionaries, in the 20+ years I have closely studied them and refuted their errors (including two books written about them, in 2002 and 2012). One of these is that their mentality or spirit of arbitrary “picking-and-choosing” what they will accept or reject of the Church’s teaching and authority is exactly like that of 1) theologically liberal / dissident / modernist Catholics (real or so-called) and 2) Protestants (particularly like Martin Luther).

Both the dissident and the Protestant, of course, reject the authority of ecumenical councils, or at least portions of the councils that they personally dislike (a false notion of private judgment and supposed “supremacy of conscience”). Likewise, radical Catholic reactionaries, whose target of loathing is, and has been for now 55 years, the Second Vatican Council. Here are a few of my past statements:

Obviously, then, according to reactionaries, the Church is in dire straits. As in the view of Martin Luther, the Church has descended into darkness, and brave prophets have now been raised to bring it back to life. Luther seemed to think of himself as some sort of prophet-figure, too. As reactionaries seem to follow his example in many other ways, why not this one, also? (2002)

Who determines what is “novel” anyway? The pope and the bishops, or reactionaries? How is reactionary dissent and selectivity of what they will follow different from what Luther maintained in 1517 and (especially) 1521? He wanted to stand there and say he knew better than the Church, and it was “self-evident,” etc. that the Church was wrong in this and that teaching. Reactionaries vainly think that they can determine what is a legitimate development, apart from the mind of the Church and the official pronouncements of the Magisterium? Curious . . . (2-27-02)

This is exactly what Luther did with Catholic tradition as a whole (admittedly to a much greater degree, but the principle of authority is very similar), when he defected and started up a new movement. I see little difference in principle at all. He claims that he was the “reformer”; bringing things back to the good old days; restoring the gospel that had supposedly been lost or at least deeply hidden, and getting rid of the crusty barnacles of mere traditions of men.

Reactionaries and some “traditionalists” think they are the bearers of the authentic tradition, and if popes and councils disagree with you, so much the worse for them; they’re wrong (just as Luther freely, breezily said that various councils were). That is Luther, through and through, . . . (2012)

In effect, they become their own popes: exercising private judgment in an unsavory fashion, much as (quite ironically) Catholic liberals do, and as Luther and Calvin did when they rebelled against the Church. They can’t live and let live. They must assume a condescending “superior-subordinate” orientation. (2012)

Key to Martin Luther’s initial dissent and eventual schism and heresy was his antipathy to ecumenical councils, and claim that they contradicted each other. Luther, early on, denied both papal and conciliar authority. He hadn’t yet done this in his 95 Theses of 1517. But he certainly by the time of the 18-day Leipzig Disputation of July 1519, with John Eck, where Luther was essentially pressed — a victim of his own faulty logic and ecclesiological understanding — into adopting something akin to sola Scriptura, and rejecting papal and conciliar infallibility.

Well-known Luther biographer Roland Bainton notes how Luther’s accusing the pope of committing serious errors in 1518 was “upping the ante” of the brewing theological controversy considerably:

[I]n the interim Luther had attacked not only the papal power to loose but also the power to bind through the ban. He had further declared the pope and councils to be capable of error. (Here I Stand, New York: Mentor, 1950, 78-79)

Bainton recounts the dramatic climax of the debate:

“But this,” said Eck, “is the Bohemian virus, to attach more weight to one’s own interpretation of Scripture than to that of the popes and councils, the doctors and the universities. When Brother Luther says that this is the true meaning of the text, the pope and councils say, ‘No, the brother has not understood it correctly.’ Then I will take the council and let the brother go. Otherwise all the heresies will be renewed. They have all appealed to Scripture and have believed their interpretation to be correct, and have claimed that the popes and the councils were mistaken, as Luther now does. It is rancid to say that those gathered in a council, being men, are able to err. This is horrible, that the Reverend Father against the holy Council of Constance and the consensus of all Christians does not fear to call certain articles of Hus and Wyclif most Christian and evangelical. I tell you, Reverend Father, if you reject the Council of Constance, if you say a council, legitimately called, errs and has erred, be then to me as a Gentile and a publican.” (Ibid., 90)

And more generally, at the Diet of Worms in 1521, Luther famously stated:

Unless I am convinced by the testimony of the Scriptures or by clear reason (for I do not trust either in the pope or in councils alone, since it is well known that they have often erred and contradicted themselves), I am bound by the Scriptures I have quoted and my conscience is captive to the Word of God. I cannot and will not recant anything, since it is neither safe nor right to go against conscience.

Luther was spewing historical falsehood here. The Councils of Constance and Basel (rightly understood as being ratified by popes, as councils always were) did not teach that councils were above popes. I wrote three lengthy articles documenting this beyond all doubt, in 2004:

Council of Constance (1414-18): Triumph or Death of Conciliarism?

Now, lo and behold, now comes reactionary Bishop Athanasius Schneider, using the identical flawed arguments of Luther, in his push to discredit Vatican II (by analogy). He argued (in a statement dated 6-24-20) that the Council of Constance was contradicted by both popes and later councils:

With a Bull in 1425, Martin V approved the decrees of the Council of Constance and even the decree ‘Frequens’ — from the 39th session of the Council (in 1417). This decree affirmed the error of conciliarism, i.e., the error that a Council is superior to a Pope. However, in 1446, his successor, Pope Eugene IV, declared that he accepted the decrees of the Ecumenical Council of Constance, except those (of sessions 3 – 5 and 39) which ‘prejudice the rights and primacy of the Apostolic See’ (absque tamen praeiudicio iuris, dignitatis et praeeminentiae Sedis Apostolicae). Vatican I’s dogma on papal primacy then definitively rejected the conciliarist error of the Ecumenical Council of Constance.

It so happens that this historical inaccuracy has been corrected by Cardinal Walter Brandmüller, president from 1998 to 2009 of the Pontifical Committee for Historical Sciences:

The Council of Constance (1415-1418) put an end to the schism that had divided the Church for forty years. In that context, it has often been stated – and recently repeated – that this council, with the decrees ‘Haec sancta’ and ‘Frequens’, defined conciliarism, the superiority of the council over the pope.

But this is not true at all. The assembly that issued those decrees was by no means an ecumenical council authorized to define the doctrine of the faith. It was instead an assembly of none but the followers of John XXIII (Baldassarre Cossa), one of the three ‘popes’ who were contending at that time over the leadership of the Church. That assembly had no authority.

The schism lasted until the assembly of Constance was joined by the other two parties as well, meaning the followers of Gregory XII (Angelo Correr) and the ‘natio hispanica’ of Benedict XIII (Pedro Martinez de Luna), which happened in the autumn of 1417. Only from that moment on did the ‘council’ of Constance become a true ecumenical council, albeit still without the pope who was eventually elected.

So all the proceedings of that first ‘incomplete’ phase of the council and its documents did not have the slightest canonical value, although they were effective at the political level in those circumstances. After the end of the council the new and only legitimate pope, Martin V, confirmed the documents issued by the ‘incomplete’ pre-conciliar assembly, except for ‘Haec sancta’, ‘Frequens’, and ‘Quilibet tyrannus’.

‘Frequens’, valid because it had been issued by the three former factions in concert, did not require confirmation. But it does not teach conciliarism at all, nor is it a doctrinal document, but simply regulates the frequency of the convening of councils.

If Bishops Schneider and Vigano (who is calling for completely rejecting Vatican II) are arguing precisely as Luther did in the 16th century, and making this a centerpiece of their wrongheaded, scandalous, outrageous rebellion, does that bode well for its future? Does it suggest that their thinking is thoroughly Catholic, or that it already has at least the spirit of schism and heresy in it, or elements of same? Is this not a stark red flag and warning signal? 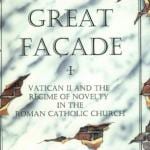 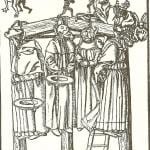