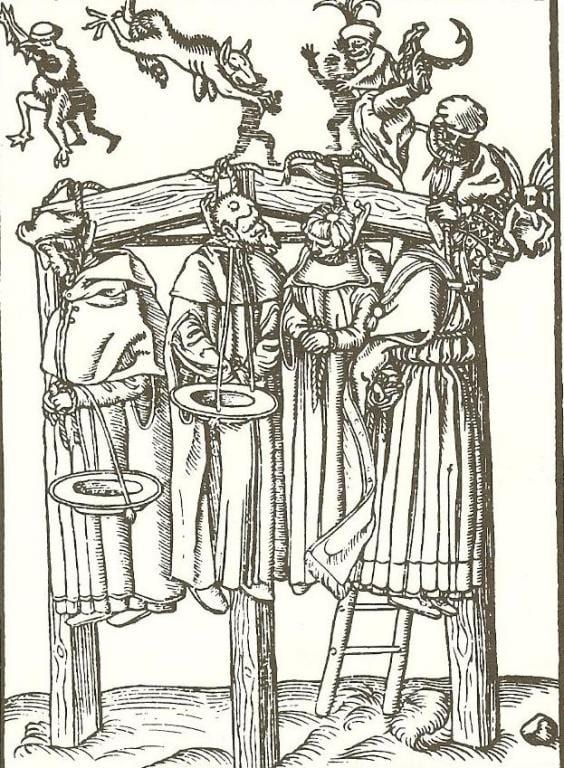 Just Reward for the Most Satanic Pope and His Cardinals: “hanging” woodcut by Lucas Cranach the Elder (1472-1553), commissioned by Martin Luther in 1545. Luther’s accompanying text reads: “If the pope and cardinals were to receive temporal punishment on earth, their blasphemous tongues would deserve what is rightly depicted here.”

[James Swan’s words will be in blue]

Time and again it is seen that a mere polemicist for a point of view (in this case, an anti-Catholic Reformed Protestant seeking to make Catholics and especially Catholic apologists, and their theological and ethical views, look silly and wicked) cannot be trusted for accurate research. James Swan has virtually made a career out of this, and above all, when it comes to anything concerning myself.

The man simply never learns, when he is corrected by a Catholic, and he refuses to even look at portions of my writings — with regard to Martin Luther –, where I have already responded to his endless charges against me. I will be examining an absolutely classic case, where he initially critiqued supposedly “my views” (i.e., what he falsely imagined were my views) in October 2008 and then revisited the same topic in July 2020. Swan seems to figure that if a lie worked once; why not recycle it again?

The humorous part of all this is that I thoroughly agreed with his point five years earlier, in October 2003. Not only that, I cited at that time the same clarifying explanation that Luther made about one of his controversial remarks that Swan (seeking to educate me regarding things I already know, as usual) thought was his knockout punch in July 2020. It’s not often that one observes such comical folly and incompetence in Protestant-Catholic apologetics disputes. But Swan does this constantly: at least where it concerns me.

In his 2008 treatment, he cites words of Luther that I mentioned in my first book on Martin Luther, on page 122:

It seems to me that if the Romanists are so mad the only remedy remaining is for the emperor, the kings, the princes to gird themselves with force of arms to attack these pests of all the world and fight them, not with words, but with steel. If we punish thieves with the yoke, highwaymen with the sword, and heretics with fire, why do we not rather assault these monsters of perdition, these cardinals, these popes, and the whole swarm of the Roman Sodom, who corrupt youth and the Church of God? Why do we not rather assault them with arms and wash our hands in their blood? (from 25 June 1520)

Per his usual juvenile tactics, he cites my book by name, but never names me. Who else does that? He simply refers to me as a “defender of Rome.” Moreover, he does his usual attempted belittling of my work by referring to my book as “self-published.” What he deliberately neglects to mention is that I have 21 books published by seven different publishers (and these even include a collection of John Wesley quotations, published by a Protestant publisher).

Anyway, in his first paper on this topic, he simply goes into boring bibliographical minutiae, that very few people care about. I documented it sufficiently enough to show that it is a genuine citation of Luther, and Swan doesn’t dispute that. But he wants to discover its context. He makes more progress in that vein in his second post on the topic, dated 17 July 2020, writing:

Not to [sic] long afterward, Luther explained exactly what he meant in response to another Roman controversialist, Jerome Emser. Luther explained it was a rhetorical argument: since heretics are burned, then it should be fair as well to physically attack the papists. He goes on to elaborate he didn’t approve of burning heretics, so he wasn’t advocating killing the papists.

It depends on where  you fall on the “I hate or Love Luther” spectrum as to whether or not one grants his explanation.  Roland Bainton says, “The disavowal was genuine.” I suspect for many of Rome’s defenders, it isn’t.

Now here comes the funny part. I went through all this business at length, including complete agreement with Swan’s view that Luther was only speaking rhetorically, in my very lengthy paper dated 10-21-03, called Luther’s Inflammatory Rhetoric & the Peasants’ Revolt (1524-1525). This was the original article that I later published as part of my book about Martin Luther. But it dates back to that time, and if pressed, I can prove it from Internet Archive.

I even cited the exact same words from the famous Luther biographer Roland Bainton: “The disavowal was genuine.” This can be easily verified by a word-search of my paper (and it is on page 127 of my book chapter that Swan “refuted”: having apparently never even read it). Swan can only say that many Catholic apologists disagree with Bainton. He neglects to note that I fully agreed with him, just as he does. Par for the course. He always has to leave an impression that I’m some kind of incompetent dummy. Not only did I agree, but I cited an earlier English version of the same quote from Luther, where he explains himself and the meaning of his earlier utterance. Here it is in full:

Emser lies again when he says that I wish the laity might wash their hands in the blood of the priests [see 25 June 1520, above] . . . I wrote against Sylvester per contentionem [footnote: “A term in rhetoric meaning a contrasting of one thought with another”], as this noble poet and rhetorician well knows; I said, if heretics are to be burned, why not rather attack the pope and his adherents with the sword and wash our hands in their blood, if he teaches what Sylvester writes, namely, that the Holy Scriptures derive their authority from the pope. And since I do not approve of burning the heretics, I likewise do not approve of killing any Christian. I know very well that it is not in accord with the Gospel. I simply showed what they deserved if heretics deserve to be burned. It is not at all necessary to attack you with the sword . . . your tactics with your burnings and bans, your raging and raving against the plain truth, look as if you were eager to stir up another Bohemian episode and bring about the fulfillment of the prophecy which is going the rounds that the priests are to be slain. If such destruction should come upon you, you must not blame me — just keep on, the road you are on leads right to it . . . I hope you realize that no one shall destroy the pope but yourselves, even his own creatures, as the prophet has said.

But tell me, dear Emser, since you dare to put it down on paper that it is right and necessary to burn heretics and think that this does not soil your hands with Christian blood, why should it not also be right to take you, Sylvester, the pope, and all your adherents and put you to a most shameful death? Since you dare to publish a doctrine that is not only heretical but antichristian, which all the devils would not venture to utter — that the Gospel must be confirmed by the pope, that its authority is bound up with the pope’s authority, and that what is done by the pope is done by the church. What heretic has ever thus at one stroke condemned and destroyed God’s Word? Therefore I still declare and maintain that, if heretics deserve the stake, you and the pope ought to be put to death a thousand times. But I would not have it done. Your judge is not far off, He will find you without fail and without delay.

. . . what would become of the papacy . . . ? Christ Himself must abolish it by coming with the final judgment; nothing else will avail. (Dr. Martin Luther’s Answer to the Superchristian, Superspiritual, and Superlearned Book of Goat Emser of Leipzig, With a Glance at His Comrade Murner, PE, III, 307-401, translated by A. Steimle; citations from 343-344, 366)

That appears on pages 127-128 of my book. How much trouble (and embarrassment) he could have saved himself if he had just read either my 2003 paper or 2008 book chapter!

Swan is always carping on about how I don’t provide the names of the primary works of Luther when I cite him. In this instance I did and he did not (and incidentally, it’s one of my favorite Luther titles). In my paper I repeatedly make it clear that I agree that Luther’s rhetoric in this case and in the case of the tragic Peasants’ Revolt of 1524-1525 was not literal, or at worst was exaggerated. And I also agree with many Protestant and Catholic historians that such rhetoric was irresponsible, even if not intended literally (rightly understood).

Not only that, I wrote the paper, Was Luther “Bloodthirsty” & Violent? (James Swan & I Agree!) on 8-29-17. This proved that Swan and myself are in essential agreement on this issue.

Where we are different is that I point out that Luther, some ten years later, did start agreeing with capital punishment for heresy, but not against Catholics; rather, against his fellow Protestants: chiefly the Anabaptists, who believed in adult baptism. Therefore, Martin Luther (as well as John Calvin, by the way) would have consented to the execution of Reformed Baptist apologist James White (Swan’s big buddy), but not to my own execution or that of any Catholic. I document his intolerant views in several papers:

Reply to Reformed Luther Apologist James Swan’s Request for Documentation of Executions of Anabaptists Sanctioned by Luther, in the 1530s [8-17-14]
*

With me, you get the full and unfiltered / unsanitized historical truth about Luther’s opinions. With Swan, you get half-truths and whatever he wants to spoon-feed his readers at any given time. He’s perfectly willing to leave out essential details and relevant considerations, so that his hero Luther can always look wonderful, while the Catholics are caricatured as supposedly evil and wicked in a way that the holy, heroic Protestants are not.

Myself — realizing that all men have good and bad in them –: I’m simply interested in presenting the complete historical record about the Founder of Protestantism (rather then dishonestly edited fake news). I don’t have to lie about Luther or refuse to present certain facts about him. I can and do present the good and the bad.

In fact, along these lines, I edited a book of Luther quotations, which consisted of only things that Catholics would fully or largely agree with. 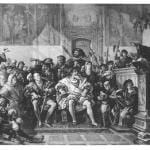 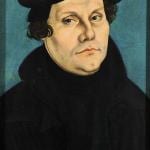