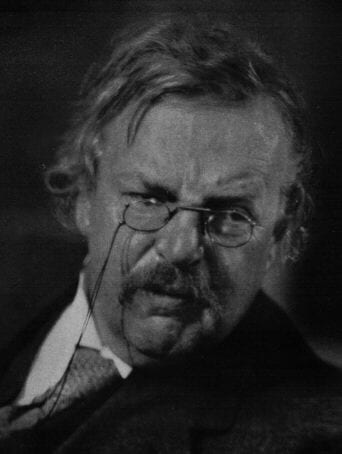 Stuff [in Bob Woodward’s book] made up out of whole cloth from anonymous sources, denied by two four-star generals, one of the President’s lawyers, the UN secretary, and vociferously by many who work with the administration, like Sen. Lindsey Graham and Rep. Kevin McCarthy and Sen. Ted Cruz, is hogwash.
*
Trump is so successful (on many planes): including now the securing of a 5th conservative Justice at SCOTUS, that the sore losers who despise Trump simply can’t handle it. They haven’t found one iota of Russia collusion evidence, so now (having tried the whore / porn stars tell-all stories route) they have lowered themselves to accusations of mental illness and unfitness for office.
*
I feel like President Lincoln, talking about Gen. Grant. He was told that he was an alcoholic and said, “He fights! Be sure to give whatever he drinks to all the generals.” May whatever mental malady Trump suffers from be spread far and wide to as many as possible.
***
If 5, 6, 7 people in Obama’s administration said that Woodward made up stuff they said, I would condemn that just as much, because I condemn dishonest journalism (just as I condemn dishonest apologetics or biblical exegesis). It’s irrelevant what the political views of those targeted in such a way are.
*
I don’t say it’s all lies, but I say it is lies, when the people who reportedly said something negative about Trump, deny in no uncertain terms that they said them. Those things are lies. Enough of those bring the author’s credibility and trustworthiness into question. It matters not how great Woodward’s past was. Dan Rather had to retire in disgrace. NBC is now being discredited, due to its treatment of the Weinstein scandal.
Oh, how I miss Tim Russert. I really miss him so much it aches. That era of intelligent, fair liberal journalism seems as far back as the 1930s now.
*
Once again, I don’t like lying. I don’t care who it’s against. The target is irrelevant. Lying is wrong. If it’s a liberal vs. Trump, liberals believe the liberal, facts be damned. I go with the facts wherever they lead.
***
I also said recently that if five of Obama’s top aides disavowed alleged statements about them in the book about Obama, that I would have the exact same opinion. Before I was simply noting that it is (broadly considered) “fair” if a journalist is critical of someone in his own political group. Liberals act as if it is the most amazing, surprising, implausible thing in the world: the notion that a liberal journalist may have destroyed his own credibility. They’ve never heard of Dan Rather? Brian Williams was suspended for six months without pay, for lying about a helicopter that he was on in Iraq in 2003 being supposedly hit by enemy fire and forced down.
*
Now we have the NBC scandal, involving trying to cover up the Weinstein story. Likewise, Woodward has decided to lower himself to National Enquirer– / Omarosa-type gossipy undocumented trash: at least in the instances where the people “quoted” have vehemently denied that they said these things. It’s sad. I don’t rejoice about it; because I have liked Woodward. But this is what liberalism has become these days, and I suppose the temptation was just too great for him to avoid it.
*
It’s that because Woodward has won Pulitzer Prizes, therefore, he couldn’t possibly have lied in his new book. So I gave the counter-examples of Dan Rather and Brian Williams, and mentioned that NBC is currently in a huge scandal over covering-up Weinstein. In other words, nothing new: “reputable” liberal newsmen soiling themselves and losing credibility.
***
I follow facts and I actually change my mind, such as regarding waterboarding (2015: from neutral / agnostic, to thinking it is an abuse and ought not be done) and capital punishment (this year: from terrorists and mass murders only, to none at all).

I’ve been defending Pope Francis for five years (so much so that Karl Keating’s recent book about these controversies cited me about 99 times). But I’m already on record stating that if he is negligent in sexual abuse matters, that he should resign for the good of the Church. My record speaks for itself. It’s certainly documented in my billions of words online.

***
Evidence of media bias has been evident for at least 35 years, with consistent reports in studies showing that mainstream media (like much of academia as well) is 90+% liberal / Democrat in allegiance. No sane, sentient creature could possibly deny this, if they are at all familiar with all the studies. Here is a recent one from Harvard.

Note that Fox News had 52% negative coverage if Trump and 48% positive: precisely as they claim: “fair and balanced.” That’s why I watch them, since I want to hear both sides and they provide it. Their bias (which everyone has) is conservative, but a lot less blatantly so than the liberal networks’ liberal bias. Ask the typical liberal what Fox News’ bias when covering Trump is, and I guarantee that they would think “80-90%” in his favor. The actual documented figure is 48%: not even above 50%.

The interesting thing now will be to watch where the media and Trump-bashers (and more extreme Trump-haters) go next. It seems like we’ve heard every imaginable charge so far. What’s left? He murdered someone back in 1992? Tried to blow up federal buildings? (oh no: that was Obama’s friend Bill Ayers). Maybe he’s a closet atheist? Or a secret ISIS recruit? An alien from another galaxy? An evil robot? It’s truly hard to imagine. The critics have exhausted their whopper-bombs.

Biblical and Apostolic Condemnation of the Left-Wing Media’s Fanatical Frenzy of Hatred and Lying Against President Trump as Literally a Madman (Joined by Many Never-Trumper Christians) [Facebook, 9-6-18]

Discussion on Whether the Mainstream Liberal Media Lost all Credibility After its Ridiculous Two-Year Fanatical Mania Over the Trump-Russia Collusion Hoax [Facebook, 5-28-19] 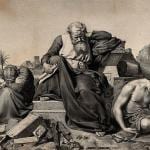 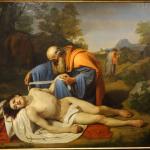