Fascism and Communism, like all other evils, are potent because of the good they contain or imitate. . . . One of the things we must guard against is the penetration of both into Christianity . . . Mark my words: you will presently see both a Leftist and a Rightist pseudo-theology developing — the abomination will stand where it ought not. (1-17-40, p. 327)

I think I have mentioned before how pleasant it is to have our Leftists such a diminished element in College. (2-25-40, p. 354)

[I]t is certainly not ‘liberal-minded’ religious people who like my books in England. On the contrary it is precisely among them that I find (next to Marxists) my most hostile critics. (4-18-46, p. 707)

Your Leftists [in Italy] . . . declare their atheism. Even boast of it. Wolves they are and wolves they are seen to be. We endure a pack of wolves, dressed in sheep’s clothing. Of those who work injustice in politics many say they are building the Kingdom of God. Nor do they merely say it, they perhaps believe it. . . . To me nothing in this state of affairs seems more grievous than the struggle against hatred in which we are daily engaged — I will not say the hatred of enemies but of our own people. (Aug. 1948, pp. 868-869)

[T]he thought of entering it [possible war] with such a government as England now has [Labour], is sheer nightmare. Have you any parallel to their imbecility? All rulers lie: but did you ever meet such bad liars? (12-6-50, p. 67)

I really think that in our days it is the ‘undogmatic’ & ‘liberal’ people who call themselves Christians that are the most arrogant & intolerant. I expect justice & even courtesy from many Atheists and, much more, from your people [Catholics]: from Modernists, I have come to take bitterness and rancour as a matter of course. (4-23-51, p. 112)

To a layman, it seems obvious that what unites the Evangelical and the Anglo-Catholic against the ‘Liberal’ or “modernist’ is something very clear and momentous, namely, the fact that both are thoroughgoing supernaturalists . . . This unites them not only with one another, but with the Christian religion as understood ubique et ab omnibus [“that which has been believed everywhere, always, by everyone”]. (2-8-52, p. 164)

I am very ill acquainted with modern theological literature, having seldom found it helpful. (10-5-55, p. 652)

Documentary Theory of Biblical Authorship (JEPD): Dialogue [2-12-04]
*
Döllinger & Liberal Dissidents’ Rejection of Papal Infallibility [11-28-04]
*
Silent Night: A “Progressive” and “Enlightened” Reinterpretation [12-10-04; additionally edited for publication at National Catholic Register: 12-21-17]
*
Erasmus Was an Orthodox Catholic, Not a Liberal or Quasi-Protestant [8-24-09]
*
Documentary Theory (Pentateuch): Critical Articles [6-21-10]
*
Cardinal Newman on Rationalistic Theological Liberalism (Tracts of the Times No. 73 of 1836) [3-5-11]
*
“Right” & “Left”: Applicable to Theology & Ecclesiology? [9-13-15]
*
Hallmarks of Catholic Theological Liberalism  (The “Dirty Dozen”) [1999; rev. 7-31-18]
*
C. S. Lewis Roundly Mocked the Documentary Hypothesis [10-6-19]
*
***
Unfortunately, Money Trees Do Not Exist: If you have been aided in any way by my work, or think it is valuable and worthwhile, please strongly consider financially supporting it (even $10 / month — a mere 33 cents a day — would be very helpful). I have been a full-time Catholic apologist since Dec. 2001, and have been writing Christian apologetics since 1981 (see my Resume). My work has been proven (by God’s grace alone) to be fruitful, in terms of changing lives (see the tangible evidences from unsolicited “testimonies”). I have to pay my bills like all of you: and have a (homeschooling) wife and three children still at home to provide for, and a mortgage to pay.

My book royalties from three bestsellers in the field (published in 2003-2007) have been decreasing, as has my overall income, making it increasingly difficult to make ends meet.  I provide over 2500 free articles here, for the purpose of your edification and education, and have written 50 books. It’ll literally be a struggle to survive financially until Dec. 2020, when both my wife and I will start receiving Social Security. If you cannot contribute, I ask for your prayers. Thanks! See my information on how to donate (including 100% tax-deductible donations). It’s very simple to contribute to my apostolate via PayPal, if a tax deduction is not needed (my “business name” there is called “Catholic Used Book Service,” from my old bookselling days 17 or so years ago, but send to my email: apologistdave@gmail.com). May God abundantly bless you. 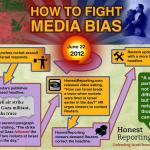 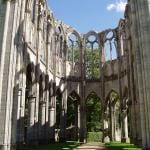 October 24, 2019 Indefectibility of Holy Mother Church: Believe It Or Not
Recent Comments
0 | Leave a Comment
Browse Our Archives
get the latest updates from
Biblical Evidence for Catholicism
and the Patheos
Catholic
Channel
POPULAR AT PATHEOS Catholic
1