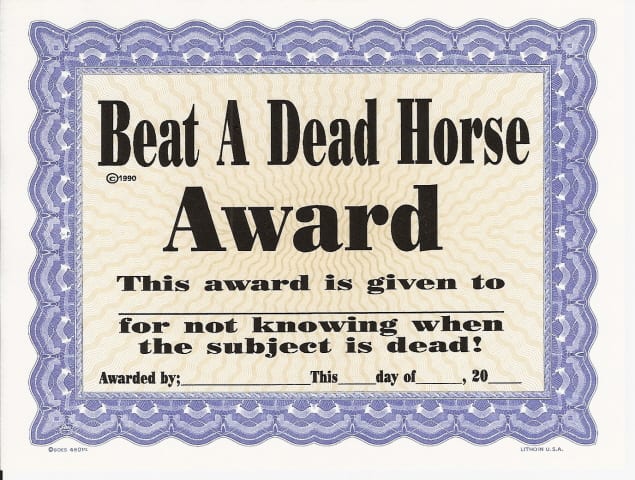 This dead horse continues to be beaten. Philosopher Ed Feser is a big proponent of it [capital punishment], and many reactionary Catholics take this tack. Skojec, of One Vader Five infamy, pontificated on this question yesterday, and revealed himself to be quite the cynical mind-reader. Skojec in his infinite wisdom, told us what he thinks the pope is doing on a wide scale (basically, being devious, deceptive, and two-faced), and specifically in his latest encyclical, Fratelli tutti.
*
This is now a standard tactic of the pope-bashers, having been perfected by Phil Lawler, Taylor Marshall, Peter Kwasniewski, and all the rest of the usual suspects:

Francis doesn’t work in positive space. He doesn’t paint the bowl of fruit, he paints the room the bowl sits in. It is your mind that that supplies the image that fills the gap — and this appears to be exactly what he wants. To be too direct would make it possible for him to be pinned down.

We see this again and again. His repeated interviews with Eugenio Scalfari wherein he denies the existence of hell (among other outrageous things) but never denies Scalfari’s reportage that this is what he said. Negative space. His footnotes in Amoris Laetitia, and his letter to the Bishops of Buenos Aires (later made official in the Acta Apostolicae Sedis) leaving the clear impression that the divorced and remarried can receive Holy Communion without repentance, without so much as ever putting the permission in a sentence himself. Negative space. Signing the Abu Dhabi statement saying that God wills all religions, and then telling Bishop Schneider when asked for correction that he can tell people he meant something different, all while continuing to promote the original statement. Negative space.

And the most damning of all of these, the subject of our discussion today, is the negative space around his belief that the death penalty is intrinsically evil.

Skojec cites in agreement Fr. George Rutler, who has sadly sunk to the depths of reactionary Catholicism as well, in recent years (and has also remarkably become a mind-reader of the pope’s motivations and intent):

Pope Francis uses the term “inadmissible” to describe the death penalty, although it has no theological substance, and by avoiding words such as “immoral” or “wrong”, inflicts on discourse an ambiguity similar to parts of Amoris Laetitia. The obvious meaning is that capital punishment is intrinsically evil, but to say so outright would be too blatant.

I have argued repeatedly in my own papers on the topic, after having changed my mind on the death penalty in 2017 (to totally against, rather than for it in only the most extreme cases) that Pope Francis, like Pope Benedict and St. John Paul II before him, is not asserting the intrinsic evil of capital punishment. Indeed, he could not, within the Catholic worldview, since this would massively contradict previous magisterial teaching. Dr. Robert Fastiggi does a far better job than I did, in replying to Ed Feser on this score.
*

Skojec himself directs us to a magisterial proclamation on this topic, from the Congregation for the Doctrine of the Faith (8-1-18), but — being a magisterium of one himself –, blows it off with the dismissal: “No matter how hard” [the CDF tried] this assertion — made twice in the course of two paragraphs, as though they thought repetition would help sell it — is clearly false. Anyone trying to sell this line should arouse deep suspicion.”

That’s right! You tell ’em, Steve! This is, of course, why we have the CDF to help us clarify and better understand nuances and complexities of Catholic teaching, so self-appointed, self-important talking heads like Skojec can dismiss it with a thumbed nose and disdainful rolling eyes, as immediately suspect and “false.” Alas, how close Skojec is to the fiercely stubborn and independent / unable to be corrected by the Church spirit of Martin Luther.

Infinitely better, consistent, and in line with the magisterium, is Dr. Pedro Gabriel’s treatment of the subject: “Dr. Peters’ deer & hunter: death penalty & the inversion of roles” (Where Peter Is, 4-12-20). I heartily recommend it. Don’t be taken in by supposed pope-bashing “experts” on moral theology like Steve Skojec. The Church is there for a reason. She is our guide and beacon. If you see someone like Steve Skojec expressly contradicting her, then avoid him or her like the plague.
*
***
*
Skojec “replied” on Twitter:

90% of the time when I get a Google Alert with my name in it, it’s Dave Armstrong being a dumbass, hoping for clicks by going after me yet again. It’s OK to find a hobby, Dave. I’m alright if you quit me.

The clueless potshot about “hoping for clicks” (i.e., page views) by opposing Steve’s latest slop is, of course, untrue, as usual. Checking Google Analytics for yesterday’s tallies, I find that the post with the most page views for the day garnered nearly eight times as many as my short post about Skojec.
*
So, nice try but no cigar . . .
*
***
*
Photo credit: nodigio (6-7-09) [Flickr / CC BY-NC-ND 2.0 license]
*
*** 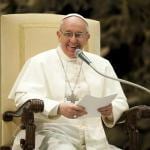 October 8, 2020
Fratelli tutti: Love is Great; How to Best Apply It?
Next Post 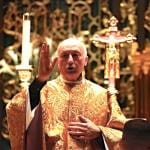 October 10, 2020 Death Penalty, Reactionaries, & a Devious Liar-Pope?
Recent Comments
0 | Leave a Comment
Browse Our Archives
get the latest from
Biblical Evidence for Catholicism
Sign up for our newsletter
POPULAR AT PATHEOS Catholic
1 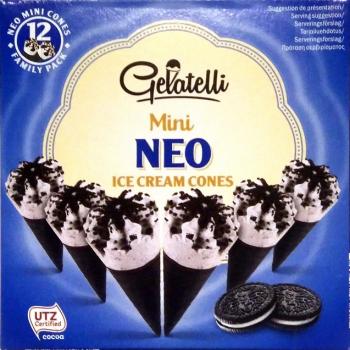