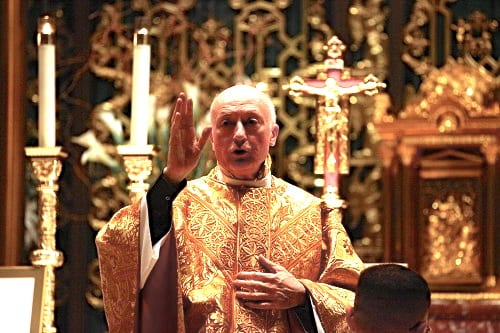 I have been watching with a disdainful curiosity as reactionaries and other pope-bashers line up to accuse Pope Francis of scheming, two-faced equivocation and flat-out lying (or the “Lite” version of same: a deliberate “ambiguity”: just as these same folks habitually attribute to Vatican II), since they can’t make a straightforward case that he (in his recent encyclical Fratelli tutti) has classified capital punishment as intrinsically evil or immoral. Failing that, they switch over to the cynical, unethical, very unCatholic behavior of accusing the Holy Father of being deliberately deceitful.

It’s now an old tactic, suggested by Phil Lawler in his abominable book,  Lost Shepherd (February 2018), which I have critiqued many times, and then far more explicitly molded and perfected by even more conspiratorial bashers Taylor Marshall and Abp. Vigano. As I noted two days ago, Steve Skojec (who runs One Luther Five) was — quite predictably — in the forefront:

[T]e only thing that is holding the ramifications of this new doctrinal crisis in check is a perceived ambiguity. Obfuscation. Circumlocution. In other words, Francis has dispersed the usual imprecise verbal chaff around his core usurpation of traditional teaching like a squid leaves a cloud of ink to confuse predators.

He has done everything he can to tell us that the Church’s prior teaching on the moral liceity was an explicit endorsement of intrinsic evil except actually saying those exact words.

The entire defense of what he is doing as somehow NOT a contradiction of perennial teaching appears to revolve around play acting that this is not what he is doing. . . .

Much of the reactionary dissent from the Holy Father and the Mind of the Church: expressed most directly in the related proclamations of Pope Francis, Pope Benedict XVI, and Pope St. John Paul II, revolves around the meaning of “inadmissible.” Skojec tries his hardest to argue that it boils down to meaning “intrinsically evil.” But ultimately he fails, and commits the equivalent of biblical eisegesis: that is, reading “into” a text what one desires, rather than accepting the face value of a text (exegesis). As a second typical example, Fr. George Rutler had done the same, almost two years ago:

Pope Francis uses the term ”inadmissible” to describe the death penalty, although it has no theological substance, and by avoiding words such as “immoral” or “wrong”, inflicts on discourse an ambiguity similar to parts of Amoris Laetitia. The obvious meaning is that capital punishment is intrinsically evil, but to say so outright would be too blatant. . . .

Pope Francis says that his innovative teaching “does not imply any contradiction” of the Church’s tradition but, one has to say reluctantly, it indeed does. The shift cannot be called a legitimate development of doctrine because it neglects all the classical criteria for authentic development, most especially what John Henry Newman named “preservation of type.” (“Pope Francis’ new comments on the death penalty are incoherent and dangerous,” The Catholic World Report, 12-18-18)

For more objective, orthodox (as opposed to reactionary) Catholic treatments of the general issue, see:

Capital Punishment: Francis & the Tradition Before Him Are Both Right [Fr. Matthew P. Schneider, LC, 8-3-18]

The Death Penalty Is Wrong But Not Intrinsically Evil or Infallible [Fr. Matthew P. Schneider, LC, 8-6-18]

Understanding the Catechism Revision on the Death Penalty [Jimmy Akin, 8-8-18] 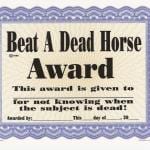 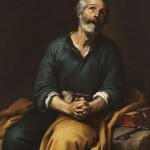 October 12, 2020 St. Peter Listed First in Lists of Disciples: A Debate
Recent Comments
0 | Leave a Comment
"Wrote about that here:969-Year-Old Methuselah (?) & Genesis Numbers [7-12-21]https://www.patheos.com/blo..."
Dave Armstrong Table of Nations (Gen 10), Interpretation, ..."
"Ah, thanks!"
Dave Armstrong Debate: Matthew 16:8-9 & the Papacy ..."
""For every salutary act internal supernatural grace of God is absolutely necessary" is a de ..."
Dave Armstrong Secularist, Atheist Nations = More “Happy” ..."
"Not related to this topic but occurs a few chapters earlier and I don't know ..."
Justin Table of Nations (Gen 10), Interpretation, ..."
Browse Our Archives
get the latest updates from
Biblical Evidence for Catholicism
and the Patheos
Catholic
Channel
POPULAR AT PATHEOS Catholic
1 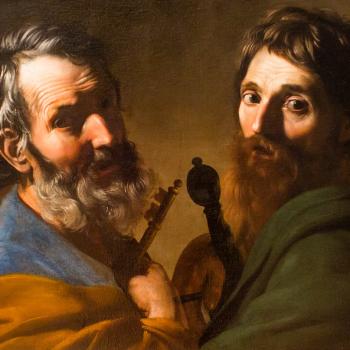 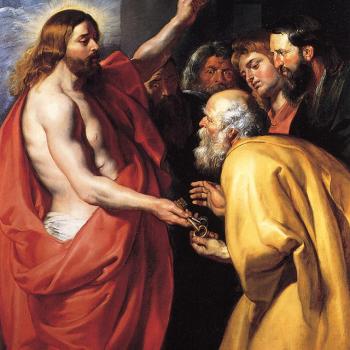