Pope Francis & the Diversity of Religions 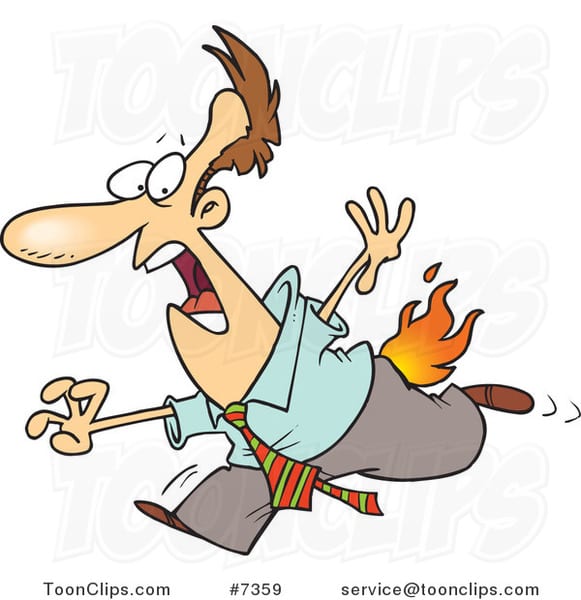 After preaching that God desires a diversity of religions, Vatican suddenly emphasizes “pursuit of truth” again – [link to appropriate article] Yawn, they’ve been playing this game for decades. This is the cover Jimmy Akin, Tim Staples, and Dave Armstrong need for their apologetics.

It’s the “suddenly” in the above excerpt that makes it a lie. This is nothing sudden.

I am humbled and proud to be in the company of those two men and esteemed friends, and to be singled out — with them — as a Catholic apologist who defends 1) the institution of the papacy, and 2) Pope Francis: the current occupant of the papacy. Praise be to God and all praise and glory to Him. The enemies of the pope know full well who it is that defends him, and the institution as well.

From the moment I became a Catholic and even some months before, I understood full well that an orthodox, obedient, devout Catholic follows the lead of the “Mama [the Blessed Virgin Mary] and the Papa [the pope].” Sadly, I’ve lived to see the day where the latter appears to no longer be a virtually universal trait among Catholics.

I’ve even sadly observed many of my apologist friends — including people I have looked up to these past thirty years —  jump on the oh-so-fashionable-and-chic Francis-bashing bandwagon. In doing so, they think little differently than Martin Luther did after 1517. Vatican I [not II] made it crystal-clear that the pope could not fall into heresy; that God would protect him from that. See my article:

If you want to be fair to the Holy Father and read more than one cynical / jaded / hostile side regarding any of the many “incidents” that have been bandied about, read one or more of my 178 defenses of him, or 239 defenses I have collected from other people. Fairness and objectivity, and even rudimentary Catholic piety demand it.

Another false premise in the above characterization of the teaching of the Vatican [read mainly: Pope Francis] is this notion that it and he supposedly taught that “God desires a diversity of religions.” Pope Francis and “the Vatican” have done no such thing. God allows them in His permissive will. Now, we may wonder and question why He does that, but Christians ought to trust that God knows what He is doing, and that His Church in her magisterium accurately reports truths regarding Him.

The pluralism and the diversity of religions, colour, sex, race and language are willed by God in His wisdom, through which He created human beings.

This generated the predictable storm of controversy from the usual suspects of the ever-growing pope-bashing world. But there was a simple explanation (from Theology 0101): there are different kinds of will in God: one being “permissive” (that which He allows but doesn’t desire or will as part of His “perfect will”). The pope clarified in a general audience of 4-3-19 that he was referring to God’s permissive will:

[W]hy does God allow many religions? God wanted to allow this: Scolastica theologians used to refer to God’s voluntas permissiva. He wanted to allow this reality: there are many religions. Some are born from culture, but they always look to heaven; they look to God. But what God wants is fraternity among us and in a special way, this was the reason for the trip, with our brothers, Abraham’s children like us, the Muslims. We must not fear differences. God allowed this. We should be afraid were we to fail to work fraternally to walk together in life. [my bolding; italics in original]

The pope had explained exactly what he meant even before that time to none other than Bishop Athanasius Schneider: one of his most vociferous critics among the bishops. Even he accepted his word. Thus, this should be a complete non-issue:

Pope Francis has clarified that God does not positively will a “diversity of religions” but only permits it, Bishop Athanasius Schneider has said. . . .

Schneider says the Pope explicitly told him that he could share their discussion on this point: “You can say that the phrase in question on the diversity of religions means the permissive will of God.” . . .

“. . . it was my desire, and my request that the Holy Father rectify this. But he said to us bishops: you can say that the phrase in question on the diversity of religions means the permissive will of God.” (“Bishop Schneider: Pope clarified statement on ‘diversity of religions’”, Catholic Herald, 3-8-19)

The Catholic World Report: the same magazine cited by Novus Ordo Watch in their tweet in question, offered an article dealing with God’s permissive will:

Let’s begin with the sense in which when we say something is “God’s will,” we mean it is in accord with His “permissive will.” That is to say, God has permitted it. Now clearly we know that the multiplicity of religions must be in accord with God’s permissive will, because it has happened. But this is merely trivially true. We could also say (and orthodox theologians have said) that evil is in accord with God’s permissive will. God permits evil. If He didn’t, there wouldn’t be any. And since there is evil, it follows God must have permitted it. That God has permitted evil is not in question; it is an obvious fact. Why God would permit it is the question.

Pope Francis later clarified that when he said the multiplicity and diversity of religions was “willed by God,” he meant “God’s permissive will.” If he meant God’s permissive will, then his statement is absolutely unobjectionable. Since he says that is what he meant, I take him at his word, and there’s an end of it.

I take it that what has caused all the consternation is the tendency for people, when they hear statements about “God’s will,” to assume this means God’s positive will, because “will” in English can also have the connotation of “wishing” or “wanting.” So some people hear the statement that “the multiplicity and diversity of religions is God’s will” and interpret it to mean: “This is what God wanted. God ‘willed’ it in the sense that He chose to bring about this state of affairs because He judged it to be the best.” There might be some way of arguing for this claim that might be acceptable, but only in tandem with the third view I am going to describe below. But we would also have distinguish more clearly between God’s will and human will.

If I write a sentence on the board for my class, and I misspell a word, I should not say, “God willed for me to do that.” Clearly God permitted me to make the mistake (so He “willed” it in that sense), but it does not follow that He wanted me to make that mistake or that He caused me to do it. . . .

What does the Catholic Church hold about salvation and the multiplicity of religions? You can read what the Church herself says in Lumen Gentium, 13-18 or in the Catechism of the Catholic Church, 813-822. Now if you don’t want to accept those documents as authoritative, that’s fine. You don’t have to accept the teachings of the Council of Nicaea or Chalcedon either. It’s just that, if you don’t, you are not a “Catholic” in the sense that the Catholic Church understands that term. (“Which God’s Will?”, Dr. Randall B. Smith, 11-15-19)

It’s an excellent article. I urge everyone to read it, so as to nail down the concept of different wills in God. It’ll be well worth your time. You would not make the elementary mistake that Novus Ordo Watch makes regarding this papal incident. It lies / bears false witness, and won’t accept correction from anyone: let alone a lowly supposed “modernist” and “heretic” like myself. But truth is truth. The pope did not mean what they claim he meant, as he himself made abundantly clear. And the Church has never taught a relativistic view of truth or salvation.