Dual Fulfillment of Prophecy & the Virgin Birth (vs. JMS Pearce) 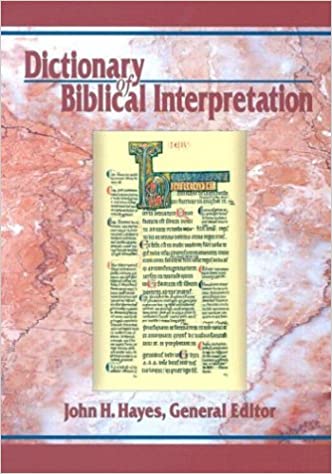 Jonathan M. S. Pearce’s “About” page (for A Tippling Philosopher) states: “Pearce is a philosopher, author, blogger, public speaker and teacher from Hampshire in the UK. He specialises in philosophy of religion, but likes to turn his hand to science, psychology, politics and anything involved in investigating reality.” His words will be in blue.

Atheist anti-theist writer Jonathan M. S. Pearce wrote a post entitled, “The Mistranslation of ‘Virgin’” (12-7-16). I replied with Reply to Atheist Jonathan MS Pearce: “Mistranslation” of “Virgin”? (Isaiah 7:14) (with Glenn Miller) (7-26-17). Jonathan then counter-replied with Rebutting Armstrong’s Double Reference Prophecy Defence (8-2-17). Presently I shall respond to the heart (i.e., central underlying hostile premise) of that article’s critique. Jonathan’s words will be in blue.

I said the following:

It has been claimed that this prophecy, then, was a dual prophecy predicting two different outcomes. However, dual prophecies have no precedent—there are simply no other examples of such a thing.

To which he countered:

To the contrary, dual application or dual fulfillment or “double reference” of prophecies is a fairly common occurrence in biblical prophecy (particularly in messianic prophecies). An article on biblicalresearch.info website explains this and provides many examples.

I advise you to read that linked article. It is thoroughly underwhelming and only presents examples of Christ being the double reference, which was exactly the point.
*
I freely grant that this article was not the best I could find, and it certainly is not the sum of what can be found in support of my contentions. I was just trying to find a fast link. In debates, we don’t always spend hours and hours of time (out of lack of same or lack of specific desire / priorities, etc.) on any one given point. But presently I will argue this point far more strenuously, with many backing materials.
*
Double prophecies only appear to get applied to Jesus, because that is all Christians can do. For the non-Christian (i.e. Jew), the Messiah is yet to appear and these prophecies only apply to the people in the OT itself to which they obviously do apply prima facie. The Christian has to make a case for these prophecies to apply to the original protagonist (e.g. King Ahaz) and Jesus. This is a tough sell, and I don’t buy it. It looks ad hoc because it almost certainly is. And that linked article does the square root of naff all to convince me otherwise.
*
We shall see if there is no such thing as a dual application even within an Old Testament framework only. If there is (as I believe I shall prove), then it is thinkable and possible for such a prophecy to be applied to Jesus, as a messianic prophecy. There are certainly messianic prophecies in the Old Testament. No one denies that. Jews, of course, — as Jonathan notes — deny that they apply to Jesus, whom we claim was the Messiah. They think they will apply to the Messiah yet to come.
*
Point being, that Jesus is the only application of double reference prophecies. There are never double reference prophecies as far as I know within the OT.
*
Then he is about to be schooled on that point, for these surely do exist, as I will document.
*
. . . you really have to stretch things to allow for a double reference to signify someone who comes almost a thousand years later . . .
*
[T]he prophecy is being completely misappropriated in being later assigned to Jesus. . . .
*
[I]f Armstrong and others want to massage and apply these verses to fit the Jesus narrative, then it all needs to fit, not just the verses in the paragraph that they can (at a stretch) apply, with all others being ignored.
*
Well, no, it doesn’t. Some of it can apply to the more-or-less present and other portions to the future and a different specific referent.

This whole enterprise is so desperately ad hoc and it is amazing to see the lengths apologists will go to harmonise particular things.

Duly noted. Let’s proceed, then, shall we?

Certain prophecies apparently contain a fulness of meaning which is not exhausted by the event to which they most obviously and literally refer. A prophecy which had a partial fulfillment at a time not remote from its utterance, may find it’s chief fulfillment in an event far distant. Since the principles of God’s administration find ever recurring and enlarging illustration in history, prophecies which have already had a partial fulfillment may have whole cycles of fulfillment yet before them. (Systematic Theology, Vol. II; Philadelphia: Griffith and Rowland Press, 1907, p. 138)

Charles Feinberg adds that the law of dual fulfillment:

. . . may assume anyone of several forms. Two or more events of a like character may be described by a common profile. Future events placed side by side in the prophecy, may have great gaps between them in their fulfillment. (Premillennialism or Amillennialism, Grand Rapids: Zondervan Publishing House, 1937, p. 38)

Isaiah, chapter 14 is an example of prophetic writing that has application to both the king of Babylon and to Satan (most obvious in 14:13-14). That’s not about Jesus or even about the Messiah (whoever he is or was). It has a dual application that any and every Jew could wholeheartedly accept.

From our perspective many of these prophecies have already been fulfilled, while others still await realization.  . . . For example, Zephaniah’s vision of the Lord’s Day includes the destruction of Jerusalem by the Babylonians (1:4-13), judgment on surrounding nations of his time (2:4-15), judgment more cosmic and universal in scope (1:2-3, 18), the restoration of God’s people (3:11-20) . . . Zephaniah and his prophetic counterparts saw a unified picture of the future that, from our vantage point, tends to blur the chronological distinctions that eventually emerge with the progressive fulfillment of each element in their visions. (Interpreting the Minor Prophets, Grand Rapids, Michigan: Zondervan, 1990, p. 20)

H. Wayne House and J. Randall Price explain a similar or identical phenomenon under another name:

Prophetic telescoping describes the fact that the prophetic vision is often included in close juxtaposition to prophecies whose fulfillment is widely separated in time from portions of the prophecy. (Charts of Bible Prophecy, Grand Rapids, Michigan: Zondervan, 2003, p. 47)

In a lengthy scholarly source strictly about biblical prophecy, it’s noted in a section about “prophetic telescoping”:

Biblical prophecy may leap from one prominent peak in predictive topography to another, without notice of the valley between, which may involve no inconsiderable lapse in chronology. (Encyclopedia of Biblical Prophecy: The Complete Guide to Scriptural Predictions and Their Fulfillment, J. Barton Payne, Wipf and Stock Publishers, Sep 30, 2020 [782 pages], p. 137)

Prophecy has its own peculiar perspective. The element of time is a rather negligible quantity in the prophets. While designations of time are not altogether wanting, their number is exceptionally small. The prophets compressed great events into a brief space of time, brought momentous movements close together in a temporal sense, and took them in at a single glance. This is called “the prophetic perspective,” or, as Delitzsch calls it, “the foreshortening of the prophet’s horizon.” They looked upon the future as the traveler does upon a mountain range in the distance. He fancies that one mountain-top rises up right behind the other, when in reality they are miles apart. (Louis Berkhof, Principles of Biblical Interpretation, Grand Rapids, Michigan: Baker Book House, p. 150)

“Prophetic perspective” suggests that the prophets were little concerned about specificity in the timing of their predictions and could speak in the same breath of events near and far in chronology. (Randall E. Otto, “The Prophets and Their Perspective,” The Catholic Biblical Quarterly, Vol. 63, No. 2 (April 2001), pp. 219-240; citation from p. 219)

There is the possibility of multiple fulfilment. There is a difference between “multiple sense” and “multiple fulfilment.”  Misunderstanding has arisen due to the failure to distinguish double sense from double fulfilment. Beecher speaks of generic prophecy which he defines as “one which regards an event as occurring in a series of parts separated by intervals, and expresses itself in language that may apply indifferently to the nearest part, or to the remoter parts, or to the whole-in other words a prediction which, in applying to the whole of a complex of event, also applies to some of the parts.” To be sure, Beecher affirms, if the Scriptures had many meanings interpretation would be equivocal, but manifold fulfilment of a generic prophecy preserves the one sense of Scripture. [Cf. Willis Judson Beecher, The Prophets and the Promises, 1905, p. 129 ff.] Both promises and threats work themselves out over a period of time and therefore may pass through several fulfilments. Or one may view the same event from more than one perspective. The destruction of Jerusalem is prophesied by our Lord and through it we have a perspective through which to envision the end of the world.

In St. Thomas Aquinas’s preface to his commentary on the Psalms, he writes:

Prophecies however sometimes are said of things which were of the time then, but are not principally said of those things, but insofar as they are a figure of future things; and therefore the Holy Spirit ordained that when such things were said, we should infer things that excede the condition of the event, so that our attention might be raised to that which is prefigured.

Lastly, the Jewish Qumran community had an outlook on dual prophetic fulfillment very much like the early Church and subsequent Christian hermeneutics:

In the early church and at Qumran . . ., the Prophets and other prophetic literature . . . were read through two perspectives: (1) as if it were apocalyptic literature . . . — that is, as if it were all written in prediction of the last days whose true meaning would be disclosed in the final events of the end time . . .; and (2) as if the life, history, and destiny of the two respective communities were the objects of the prophetic predictions and descriptions. Such a reading presupposed (1) that the biblical material or prophecies contain hidden or secondary meanings and frames of reference . . . that transcend the simple and common-sense reading, and (2) that this secondary dimension of the text had become evident through its subsequent fulfillment or manifestation. NT and Qumran authors did not discuss whether the original hearers/readers understood this secondary or true referent. (Dictionary of Biblical Interpretation, vol. 2: K-Z, John H. Hayes, general editor, Nashville: Abingdon Press, 1999, “Prophecy and Prophets, Hebrew Bible,” p. 311).

I rest my case. Remember what Jonathan claimed: “Point being, that Jesus is the only application of double reference prophecies. There are never double reference prophecies as far as I know within the OT.” This is now thoroughly refuted as a falsehood. And if it is, there can be such a thing also, as a messianic prophecy that has dual application: one of which is applicable to Jesus.

Photo credit: image of Dictionary of Biblical Interpretation from its Amazon page. 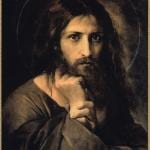 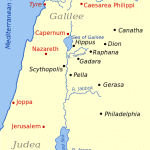 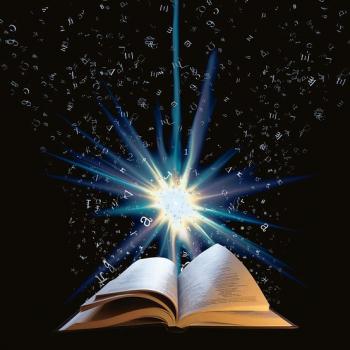 Catholic
Why Do Christians Believe in Biblical Inspiration?
Biblical Evidence for Catholicism
TRENDING AT PATHEOS Catholic