Jesus the “Nazarene”: Did Matthew Make Up a “Prophecy”?

Jesus the “Nazarene”: Did Matthew Make Up a “Prophecy”? December 17, 2020 Dave Armstrong

Reply to Jonathan M. S. Pearce from the Blog, A Tippling Philosopher / Oral Traditions and Possible Lost Old Testament Books Referred to in the Bible 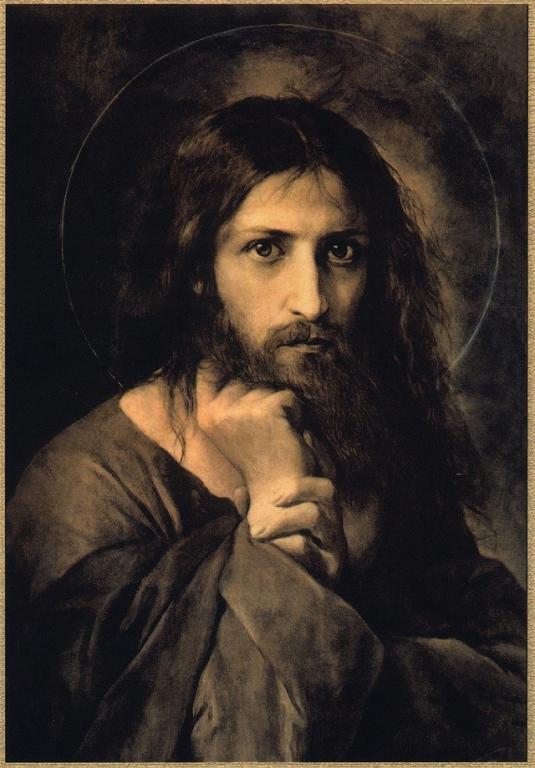 Pearce’s “About” page states: “Pearce is a philosopher, author, blogger, public speaker and teacher from Hampshire in the UK. He specialises in philosophy of religion, but likes to turn his hand to science, psychology, politics and anything involved in investigating reality.” I am responding to his article, “Jesus the ‘Nazarene’ – What Is the Prophecy?” (12-5-20). His words will be in blue.

Matthew 2:22-23 (RSV) . . . he withdrew to the district of Galilee. [23] And he went and dwelt in a city called Nazareth, that what was spoken by the prophets might be fulfilled, “He shall be called a Nazarene.”

Jesus the Nazarene is a term that orthodox Christian have come to use that denotes that Jesus is from Nazareth, with Nazarene meaning someone who comes from Nazareth. . . .

The problem here is multi-faceted, most of which comes from the fact that 1) this prophecy is unknown and 2) it appears that “Nazarene” does not actually mean someone from Nazareth.

And near the end, Jonathan reiterates:

Since Nazarene does not refer to Nazareth, then Matthew definitely has his claim wrong – you cannot connect the term to the place.

One may conclude that the term Nazōraíos derives from the city of Nazareth as the hometown of Jesus. Neither linguistic nor material objections to this view are convincing. (p. 625)

For an opposing view, Jonathan cites one Hayyim ben Yehoshua (about whom we can learn nothing), and his online essay, “Refuting Missionaries.” He believes that “There was absolutely no historical evidence that Jesus, Joseph or Mary ever existed, let alone that Joseph was a carpenter or that Jesus was born in Bethlehem and lived in Nazareth.” Right.

Protestant apologist J. P. Holding offers a critique of this piece and states: “To this day there remains no evidence that “Hayyim ben Yehoshua” is anyone with any credentials or is anyone worth paying attention to.” If Jonathan knows anything more about him, he is free to let me know and I will add his credentials to this paper. Meanwhile, “Little Kittel” is a known, solid linguistic authority for the Koine Greek of the New Testament.

Now onto Jonathan’s other claim: “this prophecy is unknown.” Well, yes it is, in terms of being something specifically identifiable by name. But it doesn’t necessarily follow that it never existed or that Matthew simply made it up. There are clues that it may have existed in the past and was known to those in New Testament times.

Many Protestant scholars freely admit that this prophecy doesn’t appear in the Old Testament, and is, therefore, a frustrating mystery from their sola Scriptura standpoint: much more averse to non-biblical writings or oral tradition. They have no truly satisfactory or plausible explanation of it. So, for example, the great Baptist New Testament linguist A. T. Robertson, commenting on the interpretation of Matthew 2:23, admits: “It is best to confess that we do not know.” Jonathan rightly cites a Wikipedia article, which opines: “this has no obvious Old Testament source.” And he similarly cites a Jewish writer:

Matthew is getting this prophecy wrong, even if we can establish that it actually exists as a prophecy somewhere.

Now, this isn’t to say that Jesus wasn’t from Nazareth, only that Matthew is wrong in drawing a causal connection between this unknown prophecy and living in Nazareth.

It’s far less of a problem for Catholics (my own affiliation), who (like Judaism) accept the notion of authoritative oral traditions. See my articles:

The Catholic Encyclopedia (“Nazarene”: 1911) casually states regarding Matthew 2:23: “No explicit prediction to this effect is found in the recorded Old Testament prophecies, and various theories have been advanced to explain the reference. . . . but these interpretations seem far-fetched, to say nothing of other difficulties.”

All commentators admit that the phrase “He shall be called a Nazarene” is not found anywhere in the Old Testament. . . .

Just before launching into a blistering denunciation of the scribes and Pharisees, Jesus delivers this command to the crowds: “The scribes and Pharisees sit on Moses’ seat; so practice and observe whatever they tell you, but not what they do; for they preach, but do not practice” (Matt. 23:2-3). . . . One searches in vain for any reference to this seat of Moses in the Old Testament. . . .

“All drank the same supernatural drink. For they drank from the supernatural Rock which followed them, and the Rock was Christ” (1 Cor. 10:4). The Old Testament says nothing about any movement of the rock that Moses struck to provide water for the Israelites (Ex. 17:1-7, Num. 20:2-13), but in rabbinic Tradition the rock actually followed them on their journey through the wilderness. . . .

“When the archangel Michael, contending with the devil, disputed about the body of Moses, he did not presume to pronounce a reviling judgment upon him, but said, ‘The Lord rebuke you.’ ” (Jude 9). As H. Willmering says in A Catholic Commentary on Holy Scripture, “This incident is not mentioned in Scripture, but may have been a Jewish oral tradition, which is well known to the readers of this epistle.” . . .

Paul dips into rabbinic tradition to supply the names, Jannes and Jambres, of the magicians who opposed Moses in Pharoah’s court (2 Tim. 3:8). In the Old Testament, these individuals are anonymous (Ex. 7:8ff.). James tells us that because of Elijah’s prayer there was no rain in Israel for three years (Jas. 5:17), but the Old Testament account of Elijah’s altercation with King Ahab says nothing of him praying (1 Kgs. 17).

All of these instances show that the New Testament doesn’t always cite the known Old Testament [Protestant 39 or Catholic 46] books as authoritative and/or scriptural and/or “prophecies.” Matthew 2:23 could simply be another instance of this.

Catholic apologist Jimmy Akin offers yet another intriguing, and quite plausible possibility, in his article, “Did Matthew Invent A Prophecy About Jesus?” (National Catholic Register, 10-24-12)

We know that there were many prophets in ancient Israel who genuinely spoke for God, even though their prophecies are not recorded in the Old Testament.  . . .

Could it be that some of this material was passed down in the form of oral tradition, and this is what Matthew was referring to?

He notes that 1 Kings 18:3-4 referred to “a hundred prophets.” 1 Samuel 19:20 refers to “the company of the prophets.” These prophets could have possibly passed down oral tradition, which has been lost, or they could have written other biblical books that were subsequently lost. This is not some far-fetched or desperate notion, since, as Jimmy notes, “the Old Testament refers to them.” He provides four passages. I shall post them from my favorite version, RSV:

2 Chronicles 9:29 Now the rest of the acts of Solomon, from first to last, are they not written in the history of Nathan the prophet, and in the prophecy of Ahi’jah the Shi’lonite, and in the visions of Iddo the seer concerning Jerobo’am the son of Nebat?

2 Chronicles 12:15 Now the acts of Rehobo’am, from first to last, are they not written in the chronicles of Shemai’ah the prophet and of Iddo the seer? There were continual wars between Rehobo’am and Jerobo’am.

2 Chronicles 13:22 The rest of the acts of Abi’jah, his ways and his sayings, are written in the story of the prophet Iddo.

Wikipedia presents many more similar fascinating examples in its article, “Non-canonical books referenced in the Bible.”

These books apparently were around at the time Chronicles was written, but under God’s providence they did not become part of the canon of Scripture.

Why that was, and what the exact status of these books was, we cannot know. But the books apparently were known in antiquity.

Could Matthew have known them, or at least some of their contents, and could that have been the source he was referring to?

I agree. In any event, given this data, we need not conclude that Matthew was incorrect in his citation of a known prophecy, or that he simply made one up, after the fact, out of whole cloth.

Jonathan seems to not be aware of either of these two plausible explanations: oral tradition or a written source (one of a sort that the Old Testament refers to several times) that no longer exists. But I believe they adequately explain our difficulty in interpreting Matthew 2:23. Whatever he was citing from “prophets” was simply saying that the Messiah would hail from the town of Nazareth. 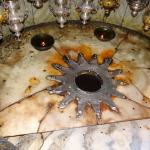 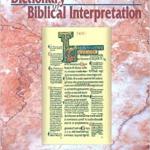 December 18, 2020 Dual Fulfillment of Prophecy & the Virgin Birth (vs. JMS Pearce)
Recent Comments
0 | Leave a Comment
"I will respond to your comment here when I get the chance. I will also ..."
Paul Hoffer Pearce’s Potshots #55: “3” in the ..."
"it would seem to me that if anything, this passages illustrates how even the early ..."
Paul Hoffer James Listed Before Peter (Gal 2:9)? ..."
"You are right I wasn't responding to the argument at hand about Origen, I'm not ..."
Justin Origen & the Rule of Faith ..."
"The Catholic Church will never consecrate women as priests and bishops. There was a good ..."
Christopher Stuart Did Pope Francis Rebuke Pelosi Re ..."
Browse Our Archives
get the latest updates from
Biblical Evidence for Catholicism
and the Patheos
Catholic
Channel
POPULAR AT PATHEOS Catholic
1 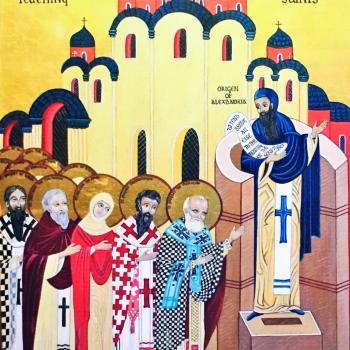