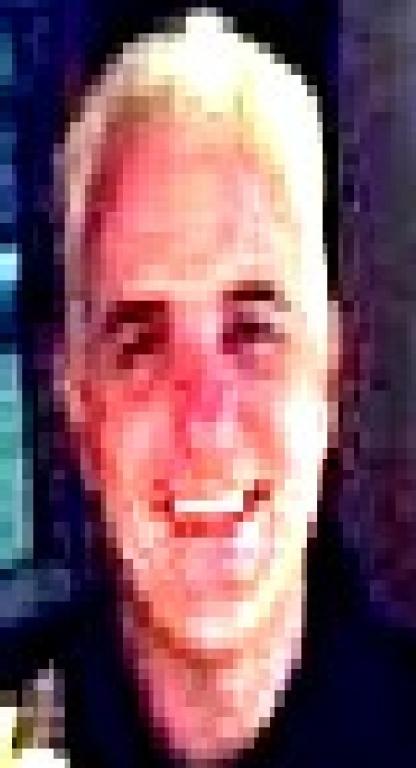 This is section VI of a lengthy paper (posted on Internet Archive in its entirety): Counter-Reply: Martin Luther’s Mariology (Particularly the Immaculate Conception), Part II (Has Present-Day Protestantism Maintained the “Reformational” Heritage of Classical Protestant Mariology?) (vs. James Swan). It is a response to Swan’s piece, Martin Luther’s Theology of Mary.

Tim Enloe, a Reformed Protestant writer who was very active in contra-Catholic apologetics in the early 2000s, but no longer is, wrote about Swan’s piece on Eric Svendsen’s anti-Catholic forum:

For those who encounter RC apologists making exaggerated claims about Luther’s Marian beliefs, I have just put up an outstanding paper by James Swan, a Westminster Seminary student whom I met on CARM [a Protestant discussion board] a few months ago when he was demonstrating Dave Armstrong’s extremely poor research methods and outlandish claims about Luther. Given the large number of RC apologists who rely heavily on Armstrong’s site for information about the Reformation and the Reformers, this is an exciting and thoroughly researched “set the record straight” paper.

I have removed from my blog tons of material from Tim, at his request. I don’t know if he would still hold to this opinion of me or not. If so, he has never told me that he renounces this jaded view of my research. He later clashed theologically and personally with even fellow Reformed Protestants like Bishop “Dr.” [???] James White. I simply note that his views have no doubt evolved and matured, these past 18 years.

This material was originally posted on 26 April 2003. James Swan’s words will be in blue.

Mr. Swan continues in his paper with an absurd anti-medievalist (and ultimately anti-Catholic) picture of the Christianity and piety of the Middle Ages:

Young Luther was enveloped in a religious climate consisting of a host of saints and superstitions. All worked together in a grand scheme of relief from the ravages of medieval life, as well as appeasing the always-watching wrathful God. Perhaps a few thought they were fortunate enough to one day attain ultimate salvation. Most expected the dismal grind of medieval life to continue beyond into the bowels of Purgatory, or worse. It was a religious “survival of the fittest,” with saints beseeched for aid in enduring the grueling journey.

Near the end of the paper he returns to this lamentable tactic, creating even more garden-variety, warmed-over Charles Hodge, wrongheaded stereotypes of Catholic Mariology (the following are all self-contained excerpts):

Here was the centrality of the issue for Luther. Mary had taken the role of intercessor, co-redeemer, and had been elevated to the status of a “goddess” who would defeat Satan. She had become an idol. In the worship of idols, there is no salvation.

The Devil will even let us hold to an especially orthodox biblical understanding of the person of Christ, but without truly trusting in Jesus. The modern Roman Catholic who venerates Mary finds himself in the same situation as his medieval ancestor: Mary takes on the attributes of Christ and thus becomes an idol, even while one may be holding to a particularly orthodox view of Christ.

While Luther could call Mary the “Mother of God,” he was far more concerned to say something about the work of God in Christ than about her, thus, he un-deified her by definition. His usage was not intended to be a quasi-divine statement of veneration similar to medieval or current Roman Catholic trends. When Luther abandoned aspects of Mariology like the Immaculate Conception, it served to further un-deify the goddess. Christ was the only one conceived sinless ruling the throne of the heart, the only Savior in whom one could place their complete trust. While retaining such beliefs like perpetual virginity, Luther did so in undogmatic terms, making sure that Mary was not to be deified for such an attribute.

The colors of the Roman Catholic picture of Luther’s devotion to Mary become blurry and unfocused when examined in the light of his writings and theology. Once the intercessory role of Mary was abandoned, Luther saw the idol medieval theology had created. The medieval veneration had its sole purpose of appealing to her for daily and ultimate help. Her attributes were worshipped in order to gain her favor.

I need not concern myself with this merely polemical sort of comment. I’m infinitely more interested in rational and factual argument. Mr. Swan continues:

Contemporary Protestants distance themselves from the title, “Mother of God,” and perhaps for good reason. The term has evolved in its usage. What was once a rich theological term expressing a doctrinal truth about Christ developed quickly into a venerating praise to Mary.

No documentation is given (in contrast to the profuse documentation of this paper of mine, and others of similar nature). Mr. Swan follows the widespread Protestant contra-Catholic polemical tendency of stating the correct, orthodox definition of a doctrine but then refusing to note and document how the official Catholic doctrines completely concur. Rather, excesses in popular Catholic or “folk” piety are decried as if they represented Catholicism as a whole — on the dogmatic level.

This is terribly fallacious “reasoning.” One must always compare the doctrinal teachings of one Christian communion with another, not give the best theological and creedal views of one and rhetorically “oppose” them with the worst excesses of the man on the street of the other. The unfairness and sheer silliness of that is obvious, but unfortunately, it happens all the time (on both sides), and Mr. Swan is no exception, with statements like these:

Thus, young Luther partook in Mariolatry, but the mature Luther looking back saw only the excesses of medieval devotion and teaching on Mary. He saw that she had been adorned with attributes that only belonged to Christ.

. . . Luther shifts the emphasis away from Mary and back to God. He explains that Mary thought herself “blessed” because God “regarded” her; that is, God turned His face toward her and gave grace and salvation, . . . Luther sees this “regarding” as God’s bestowal of grace in choosing His children unto salvation and sanctification

Of course. Someone ought to direct Mr. Swan to an orthodox Catholic catechism. This is such an elementary thing; does he think that the average theologically educated Catholic does not know this? Granted, there are many ignorant Catholics. But these sorts of considerations are absurdly presented as if they have the “Imprimatur” and full acceptance of the highest levels of the Catholic hierarchy. I can assure Mr. Swan that Catholics who know anything are quite aware that:

2. Mary does not save herself (contra Pelagianism).

3. Mary is nothing that God did not grant to her, in grace (Catholics believe in sola gratia every bit as much as Protestants do, even — especially — where Mary is concerned).

4. Mary does not compete with God, but declares His glory, as the “masterpiece” of His creation, just as praise of a masterpiece of art is praise of the painter or sculptor or composer (Catholics don’t view veneration of saints and worship of God as identical, and don’t espouse an “either/or” or zero sum game notion: viz., that veneration of saints somehow detracts from or contradicts the worship of God, and His unique glory and majesty).

Summary: I engaged in a lengthy dispute over Luther’s Mariology & Catholic Mariology in 2003 with James Swan, anti-Catholic polemicist. I am re-posting several old excerpts from Internet Archive.