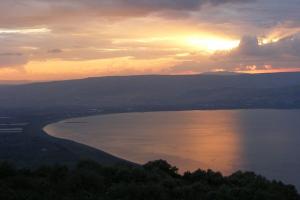 I am critiquing an article from the website called Vridar (a “top 30 atheist blog”), entitled, “Mark: failed geography, but great bible student” (8-6-10). Words of the author, Neil Godfrey, will be in blue.

Mark 7:31 (RSV) Then he returned from the region of Tyre, and went through Sidon to the Sea of Galilee, through the region of the Decap’olis.

Much has been said about Mark’s poor knowledge of the geography of Palestine. A classic case is his bizarre itinerary for Jesus leaving Tyre to go north, then south-east, then back east again, to reach is final destination. On the map here, locate Tyre, run your finger north to Sidon, then let it wander to the right and downwards till it reaches Decapolis, then zero up to the “lake” of Galilee.

That is the route that the Gospel of Mark says Jesus took in order to get from Tyre to the “sea of Galilee”.

Jesus’ travel agent must have been offering a super-bargain or Mark had little real knowledge of the geography of the area, . . .

Mark . . . has suffered the reputation of being a geographic illiterate ever since! . . .

Mark [knew] little about the geography of Palestine, . . .

Godfrey goes on to suggest (from another article) that Mark was deliberately “following” Isaiah 9:1, to establish a fulfilled prophecy. He writes:

The interesting point concerning this passage in Mark’s gospel, then, is that Mark’s itinerary for Jesus appears to follow the order of the geographical references in Isaiah. And in so doing, Mark has constructed a bizarre way to get Jesus from Tyre to the “sea of Galilee”, . . .

Nice try, but this is vastly overthinking and hyper-analyzing what should be a very simple matter. Craig Dunkley, from the Logic & Light site, shreds this “reasoning”:

[I]t’s entirely possible that Jesus had some reason for going to Sidon before heading down to the Sea of Galilee!  The narrative simply doesn’t give us enough information to know for sure.  Jesus had been travelling around the region, and Sidon may have been a planned part of his circuit.  To automatically presume that the author made an error strikes me as bias in the extreme. . . .

[S]cholar Tim McGrew adds yet another piece of information.  He reminds us that there is a mountain (Mt. Meron) standing nearly 4,000 feet high directly between Tyre and the Sea of Galilee.  He adds: “There is a pass from Sidon through the mountains to the Jordan river valley, where foot travelers to Galilee could have fresh water for the journey.”  According to McGrew, it would have been easier for Jesus to go a bit out of his way to avoid climbing Mt. Meron and to remain close to fresh water for the journey. [Alleged Historical Errors in the Gospels (Matthew & Mark), 5-21-12]

Even a quick perusal of a map of the missionary journeys of Paul confirms that long, ongoing journeys of religious mission are often “jagged” in their routes; so are — sometimes — vacations. One could, for example, look at my own planned “snakelike” route in Idaho for our vacation this coming summer. Or one could look at the series of one-night concerts on tours of up-and-coming musicians. They go wherever they have a gig.

There are many good and possible reasons for prima facie “geographically irrational” itineraries.  But instead it’s much easier for atheists to cynically, uncharitably, and irrationally assume that Mark was a dummy, who didn’t know Judean / Galilean geography from a hole in the ground.

The really fun part of Godfrey’s article, however, comes in an additional curious claim:

Originally Isaiah probably meant by “way of the sea” the main road to the Mediterranean Sea that marked the northern border of the uppermost lands of Israel threatened by the Assyrian invaders; . . .

Matthew took these three diverse regions and reinterpreted them for his Gospel to point to a single point on the map — the area of Christ’s ministry. By so doing, the word for “sea” became associated with Galilee (and it’s [sic] lake) and thus displaced from its original reference to the Mediterranean. . . .

In this way Notley explains the oddity of describing the more technically correct name, Lake of Gennesar (Luke), as a “sea” of Galilee.

So now Mark and Matthew are accused of changing the name of the Sea of Galilee to “sea” (when in fact it is a freshwater lake) based on their belief of a fulfilled prophecy from Isaiah:

Matthew 4:12-15 Now when he heard that John had been arrested, he withdrew into Galilee; [13] and leaving Nazareth he went and dwelt in Caper’na-um by the sea, in the territory of Zeb’ulun and Naph’tali, [14] that what was spoken by the prophet Isaiah might be fulfilled: [15] “The land of Zeb’ulun and the land of Naph’tali, toward the sea, across the Jordan, Galilee of the Gentiles —

Isaiah 9:1 . . . In the former time he brought into contempt the land of Zeb’ulun and the land of Naph’tali, but in the latter time he will make glorious the way of the sea, the land beyond the Jordan, Galilee of the nations.

The fourth-century writer Julius Honorius . . . alone among the Latin authors uses the term mare [sea] rather than lacus [lake] to describe the lake . . .

Notley does mention that “sea” is associated with the Sea of Galilee in three Old Testament texts:

Wouldn’t that imply that Mark and Matthew weren’t the first to do so, based on an allegedly mistaken (or changed) interpretation of a prophecy from Isaiah? Notley argued that the Hebrew involved (yam: Strong’s word #3220) could indicate either a lake or a sea. Indeed it does, but the word has been overwhelmingly translated “sea” in both Greek and English.

Clearly, then, “sea” was the normative usage (and translation of yam) in Hebrew culture, and in the Old Testament. It simply meant a large body of water, without reference to whether it was salty or fresh water. It was pre-scientific, phenomenological language. The same word, yam, was used many times for the Mediterranean Sea, the Red Sea, and the Dead (or “Salt”) Sea, and it was also used for the Sea of Galilee.

Therefore, the origin of that usage was not from Mark and/or Matthew. It already existed from the time of Moses. Matthew and Mark weren’t being duplicitous or “dumb”; they were simply following Jewish precedent. It stands to reason that Luke would use “lake” because that was more common among the Gentiles: of whom he was one, and to whom he mostly wrote.

So, though Notley’s theory (embraced by Godfrey) is clever, I don’t buy it. Mark and Matthew using “sea” to describe the Sea of Galilee is nothing new or unusual, and it went back to Moses. There was nothing odd or weird about it at all; nor was there in Luke’s usage, since the Sea of Galilee was also called a lake (particularly among the Greeks and Romans).

There are other (technical) lakes that are called seas, too: the Caspian Sea, the Aral Sea, the Salton Sea, and even the Dead Sea. These are all technically not “seas” by the definition of “sea” in current scientific / geographical usage. Nor are they freshwater lakes. They are salt lakes (with various degrees of saltiness).

The Sea of Galilee is more or less uniquely a freshwater lake called a sea, but we have now seen the reason why it is (usually) called a sea. It goes back to the lack of a Hebrew distinction between a freshwater lake and a salty sea or salt lake. All alike were called seas, and Mark and Matthew are obviously following the existing Hebrew / Jewish tradition of title in this instance.

In any event, there is no “problem” here, as Godfrey wanted to make out. Mark knew his local geography and he knew (and — with Matthew and John — continued to use) the traditional Hebrew title of the Sea of Galilee (or Chinnereth, etc.).

Summary: Atheist brings up Mark’s supposed ignorance of geography, but then offers a theory that he originated the use of “Sea” of Galilee, by misappropriating prophecy. 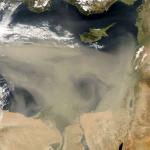 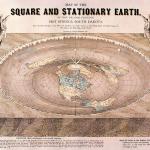