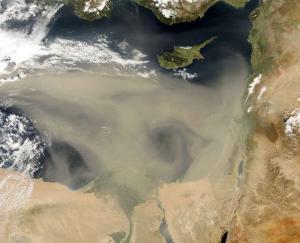 Richard Carrier (born in 1969), a former Protestant atheist, is, according to Wikipedia, “an American historian, author, and activist, whose work focuses on empiricism, atheism, and the historicity of Jesus [he’s a “mythicist”]. A long-time contributor to self-published skeptical web sites, including The Secular Web and Freethought Blogs, Carrier has published a number of books and articles on philosophy and religion in classical antiquity, discussing the development of early Christianity from a skeptical viewpoint, and concerning religion and morality in the modern world. He has publicly debated a number of scholars on the historical basis of the Bible and Christianity. . . . In 2008, Carrier received a doctorate in ancient history from Columbia University, where he studied the history of science in antiquity.”

I’m responding to Carrier’s article, “Catholic Apologist Eats Own Foot: Film at Eleven” (10-31-18). His words will be in blue.

Carrier makes a big deal about Catholic writer Mark Shea — whom he was critiquing here — being supposedly “a biblical literalist, which makes him essentially indistinguishable from a fundamentalist.” This is a patently absurd claim, seeing that so-called “confused nutter” Mark wrote a book called Making Senses Out of Scripture: Reading the Bible as the First Christians Did (2008), which provided the historic Catholic approach to hermeneutics, and is the utter opposite of a strictly “literal” methodology. According to one of its blurbs, it “invites us to explore the literal, allegorical, moral and anagogical senses of Scripture.”

I have the book in my library (a signed copy). He devotes 21 pages to the literal sense (which does, of course apply in many cases), but a combined 65 to the other three ways to interpret. This shows how much falsehood lies in Carrier’s cynical description of Mark as “a biblical literalist.” He has no idea what he is talking about. Carrier (who seems to be quite the hostile and colorful polemicist) also characterizes Scott Hahn as a “Catholic fundamentalist . . . and wackadoo biblical literalist.”

I bring these particular aspects of his article out because — quite ironically and humorously — it’s Carrier himself who falls into the exact same error and mindset that he falsely excoriates Shea and Hahn for: extreme biblical literalism or a fundamentalist method of biblical interpretation, with regard to the topic I have chosen to examine. He wrote:

We can look to an even more obvious lie, Mark’s invention (and Luke’s repetition) of a darkness covering the whole earth—which Luke even specifies as a solar eclipse, despite that being astronomically impossible—and yet not attested for the time and region in question in any sources, not even extensive astronomical records referenced and cited at the time (see Proving History, pp. 41-45 & 54-60; and my peer reviewed article on Thallus reproduced in Hitler Homer Bible Christ). . . .

Luke exaggerates nearly everything in his texts . . . [including] a darkness becoming an actual solar eclipse when the moon is on the wrong side of the earth; and so on.

First, let’s look at the biblical texts that Carrier refers to:

Matthew 27:45 (RSV) Now from the sixth hour there was darkness over all the land until the ninth hour.

Mark 15:33 And when the sixth hour had come, there was darkness over the whole land until the ninth hour.

1) Are they intending to say that this darkness covered the entire earth?

2) Are these passages necessarily referring to an eclipse?

Carrier (applying the very thing he decries: extreme literalism, in the first instance) blithely assumes both things, but they are not at all certain. If I said (sitting in my house in Michigan), “Yesterday at noon there was darkness over the whole land” would a person reading that assume I meant the entire earth? Or would they think that I meant all the land surrounding where I live (i.e., as far as I could see)? Almost certainly they would assume the latter.

The Bible is no different. The notion that the entire earth was intended is not in the texts, which express things phenomenologically, as the Bible writers almost always do. Bible translations make it obvious that a local darkness was the authors’ intention. Out of 61 Bible translations I found for Mark 15:33, exactly four, or 7% (none of them among the most well-known translations) translated “the whole earth” (2) or “all the earth” (2). Almost all the others used “land”, with a few rendering it “country” or “countryside.” I’m sure it would be similar for Matthew and Luke. If someone wants to find out, they can follow the link and type in those verses.

It obviously comes down to context, then, and the opinion of linguists and commentators, with regard to its meaning in these three passages. We see from how the great majority of Bible translators render gé in these three passages what they think it means. “Land” would be interpreted by virtually no one as “the entire earth.” If the scholarly translators thought the latter was the intended meaning, they surely would have used the word “earth” or maybe “world.” But almost all didn’t, and that is highly significant.

Kittel’s Theological Dictionary of the New Testament, a standard source, defines gé in its appearance in Mark 15:33 as ” ‘Land’ (in the geographical sense) . . . (Palestine)” (p. 116 in the one-volume edition). W.E. Vine’s Expository Dictionary of New Testament Words (under “Land”) states that at Luke 23:44 the word means “land as describing a country or region.” So the meaning seems very clear, and is not as Carrier claimed.

What about the interpretation of a solar eclipse? None of the texts say that, either. Matthew and Mark simply refer to “darkness” without indicating cause. Luke says “the sun’s light failed” but that can refer just as easily to a dust storm (which I shall defend) — or for that matter to a very severe thunderstorm — as to an eclipse. Catholics have no objection to astronomical calculations. If it is known that there could have been no solar eclipse at this place and time, we accept that, and so seek another explanation of this darkness. An eclipse certainly can’t be “proven” from the text saying that the sun’s light failed.

That being the case, we’re glad to learn of the scientific data that rules out an eclipse. That’s perfectly fine. It’s not the only option of interpretation. A solar eclipse has long been known to be impossible, anyway, because, as well-known commentator John Albert Broadus noted way back in 1886:

[T]he Passover was at the middle of the month, and the month always began with the new moon, so that the moon was now full, i.e., on the opposite side of the earth from the sun . . . this was not an eclipse.

How plausible is a dust storm, then? It’s quite plausible, since it’s well-known that Israel has such storms every year; particularly in March and April: precisely at the time being discussed.  The Jerusalem Post reported on one such dust storm in Israel on 2 March 2014: that shut down an airport. A web page from rove.me noted “a probability of dust storms in spring” in Israel, and provided several photographs and a video of what they look like. Another web page about dust storms in Israel (5-29-14), informed its readers:

“Hamsin” is an Arabic word. . . . It refers to a unique set of weather conditions mostly in the spring and early summer months. In short a “hamsin” is an oppressive, hot southerly or southeasterly, sandy wind blowing up from North Africa in the spring and summer months. There are approximately 50 days in a year when these weather conditions prevail in the Levant; North Africa and the Arabian Peninsula – hence the name. . . .

In Hebrew this weather condition is called a ‘sharav’ but in Israel it is commonly referred to by the Arabic name – hamsin. Typically, in Israel, during a Sharav, temperatures  can increase by 10° C within a few hours . This oppressive, dry heat is often accompanied by large amounts of dust.

In the 2013 book, The Impact of Desert Dust Across the Mediterranean, it is stated that “In a recent paper Ganor (1994) has presented a statistical analysis of the frequency of dust episodes (including dust storms) over central Israel. Most episodes occur in March or April . . . “(p. 165). The book, Biogeochemistry of Trace Elements in Arid Environments (2007), by Fengxiang X. Han, noted that “Five to ten dust storms per year is a common occurrence in Israel” (p. 30). On the same page is a photo of one such ominous storm, that looks like the famous Dust Bowl photos from the American southwest in the 1930s. On page 31 the author refers to “three dust storms in the spring of 2001.” A 1963 book from the US Navy described these annual Israeli dust storms:

[T]he hot, dry, dust-laden sirocco blows from between southeast and east, originating over the Arabian desert. While the accompanying dust and sand may reduce visibility to a few yards, they are usually shallow, and do not transport great amounts of material. The seasons of maximum frequency are from April to May or early June and from September through November. Durations are similar to khamsin. (p. 23)

Summary: Atheist anti-theist Richard Carrier argues that the Bible teaches global darkness & a “crucifixion eclipse.” Wrong on both counts! It was a local dust storm. 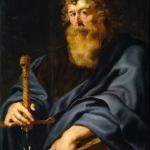 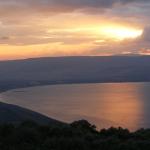 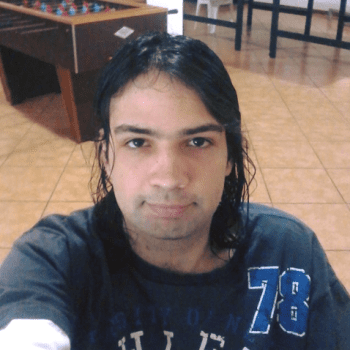 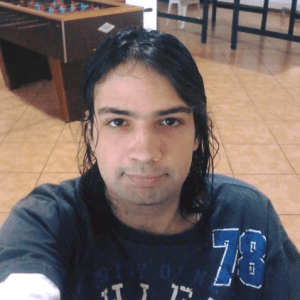