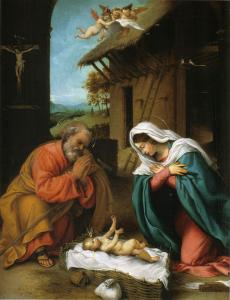 Atheist anti-theist and “philosopher” Jonathan M. S. Pearce runs the blog, A Tippling Philosopher. He has encouraged me to visit his site and offer critiques, and wrote under a post dated 12-14-21: “I even need to thank the naysayers. Some of them have put up with a lot of robust pushback and still they come. Bravery or stupidity – it’s a fine line. But they are committed, and there is something to be said for taking that commitment into the lion’s den. Dave, you are welcome at my new place. Come challenge me. . . . thanks for your critiques of my pieces. Sorry I couldn’t get to more of them.” This echoes his words about me in a post dated 7-20-17, where he said, “well done . . . for coming here and suffering the slings and arrows of atheists’ wrath. . . . I commend him for getting involved and defending himself. Goodonya, mate.”

Under a post dated 1-27-22, he stated: “I do welcome disagreements because I don’t want [my blog] to [be] just an echo chamber. . . . [S]omeone like Armstrong does give me ammunition for some of my pieces!” Likewise, on 3-18-14 he proclaimed: “Dissenting views are utterly vital to being sure that you are warranted in your own beliefs and views.” And on 7-20-17: “I put my ideas and theories about the world out there for people to criticise. . . . I want to make damned sure that they are warranted. I can’t stand the idea that I could . . . believe something that is properly unwarranted. . . . What’s the point in self-delusion? . . . I put something out there, people attack it, and if it still stands, it’s pretty robust and I am happy to hold it. If not, I adapt and change my views accordingly.”

I’m delighted to oblige his wish to receive critiques and dissenting views! The rarity of his counter-replies, however, is an oddity and curiosity in light of this desire. He wrote, for example, on 11-22-19: “[I can’t be] someone who genuinely is not interested in finding out the truth about philosophy, God and everything. If I come up against any point that is even remotely problematic to my worldview, I feel the absolute necessity to bottom it out. I need to reconcile at least something; I have work to do. I cannot simply leave it as it is. . . . I would simply have to counter the arguments, or change my position.” Whatever; this hasn’t been my experience with him; only in short and infrequent spurts. I continue to offer them in any event, because they aren’t just for his sake.

Here’s what he thinks (by the way) of Jesus: “The Jesus as reported in the Gospels is so far removed from the real and historical figure of Jesus, overlaid with myth, story-telling, propaganda and evangelist agenda, that the end result is synonymous with myth. . . . I’d take mythicism over Christianity any day. And they call mythicists fringe as if the position is absurd? Now that’s crazy.” (8-2-14)

Jonathan’s words will be in blue.

This is a reply to Jonathan’s article, Summing up the Nativity as Concisely as Possible. (12-2-16). His article was very short, since it was intended by our congenial atheist critic as merely a mocking, condescending summary-dismissal of the entire story of the Nativity: meant to elicit laughs and derision rather than thought and a deeper understanding. In fact, it is a handy summary of numerous whoppers, errors, and falsehoods that atheists (including Jonathan) have dreamt-up and fantasized, concerning Jesus’ birth and the events surrounding it.

He makes many statements about what the Bible supposedly teaches that simply aren’t true. And so his hit-piece with my refutation below becomes quite long, because so many falsehoods have to be corrected. It’s very tedious work, but someone has to do it.

My interjecting comments will be bracketed and in regular black color. Almost of this was satisfactorily answered in sufficient depth (if I do say so) in an article of mine from just two days ago, as I write: Bethlehem Joseph / Census Issues (2-28-22): where readers can go to see the reasoning behind my assertions below. But if mockery of this sort is considered useful and effective by atheists, then I say that refutations of them are equally if not more useful to Christians. And so I proceed . . .

Joseph ended up taking his 9 month pregnant partner [the biblical text never asserts that she was nine months’ pregnant on this journey. All we know is that she “was with child”: Lk 2:5 (RSV). Nor does the text indicate exactly when she delivered the baby Jesus in Bethlehem. All we know from it is that it happened “while they were there”: Lk 2:6] (impregnated without anyone’s permission) [that’s not true. Does Jonathan never tire of ignorant whoppers? An angel tells Mary that she will become pregnant by the Holy Spirit’s power: Lk 1:26-37. But this is not without Mary’s permission and consent: what is called her “fiat.” God, being omniscient, knew how she would responded: which was with the full consent of her will, saying, “I am the handmaid of the Lord; let it be to me according to your word”: Lk 1:38] on an 80 mile journey on donkey-back on unmettaled roads [since it’s not established that she was nine months’ pregnant, this is uncontroversial and humdrum. First-century Jews traveled to Jerusalem — just as far from Nazareth — several times each year to attend feasts] to a census that, as a woman, his wife did not need to attend [it’s true that she didn’t have to register there, but irrelevant. She was going with Joseph as his betrothed, to get married in Bethlehem], in a different tax area to where they lived [the New Testament never claims that Joseph was from, or resided in Nazareth. It does say that he was going to be “enrolled” in “his own city”: Lk 2:3], for the purpose of a ruler (Herod) who had died 10 years previously [this occurred in 2 BC when Herod was still alive (arguably, and there are solid historical / archaeological arguments for this), but it had nothing to do with him (accordingly, the text never said that it did). Rather, it was a commendation of Caesar Augustus — by his decree (Lk 2:1) from all those under the jurisdiction in the Roman Empire: as Josephus noted] (and who, as ruler of a client kingdom, would not have needed a Roman tax census) [this event was not necessarily a census (RSV calls it an “enrollment”, not a “census”), and the text doesn’t say it was about taxation, either.] in a place where one Gospel (but not the other) said they already lived [Matthew indicates that Joseph lived there; Luke is neutral, so there is no trumped-up supposed “contradiction”: as usual], only to be chased to Egypt for two years [the text says nothing about two years, but that it was “until the death of Herod”: Mt 2:15] when the other Gospel said they returned to Nazareth immediately [it gives no indication of the precise time: Luke 2:39], because said dead ruler [who wasn’t dead] was intent on killing Jesus-aged babies [sounds like a pretty good reason to escape to somewhere else, doesn’t it?!] (which was never recorded in any other place) [why does it have to be? There is no requirement that anything recorded as historical fact must be recorded by at least two people] due to an important prophecy that nobody had realised actually existed. [Jonathan assumes — one of his many mindless “universal negative” claims — that no one knew about it. The Jews were quite well-acquainted with their own prophecies, thank you].

Oh, and the Magi and shepherds, who saw the most incredible things, were never heard from again. [why do they have to be “heard from again”?! They came from a far land and they went back. The Gospels recorded what happened in Israel, in the first third of the first century AD. They’re very localized. What is it with these arbitrary requirements: cynically trotted out for the Bible but nothing else?]

Orrrrrrrrrrr… it never happened. (Just a thought.) [or it did and Jonathan disbelieves it on inadequate / straw man grounds: just as we see here that every single assertion he makes is either factually wrong or irrelevant. Just a thought . . . ]

Summary: Atheist anti-theist Jonathan MS Pearce sums up the Nativity story in a mocking fashion, but is shown to be wrong or irrelevant at every turn in his assertions. 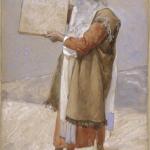 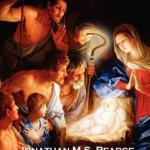 March 4, 2022 Pearce Pablum #70: Nativity Book Errors
Recent Comments
0 | Leave a Comment
"I Totally agree Calvinists are a minority. Their trick is they infiltrate every avenue to ..."
James Calvinism: Tiny Minority Historically & Demographically
"As I wrote in the paper:In several other instances, men are also bowed down to ..."
Dave Armstrong Bible on the Veneration of Angels ..."
"Angels are royal princes so of course they are worthy of veneration and bowing down ..."
Zoe Bible on the Veneration of Angels ..."
"Yes, because it's two different positions. Infallibility is a protection from error when one is ..."
Dave Armstrong Reply to Lucas Banzoli: 2 Tim ..."
Browse Our Archives
Related posts from Biblical Evidence for Catholicism 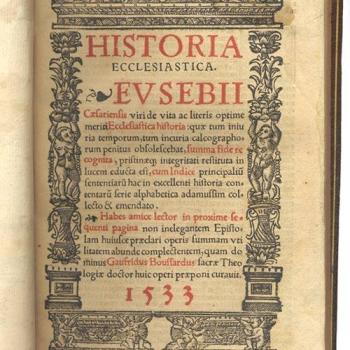 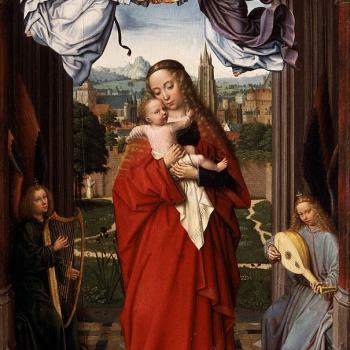 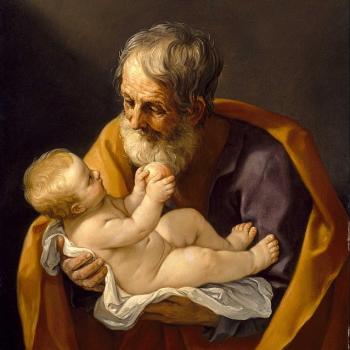