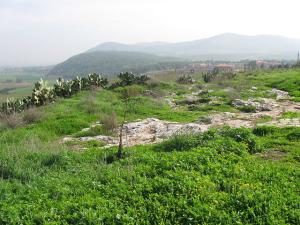 Elijah was a biblical prophet and predecessor to the prophet Elisha. He lived in the 9th century BC,  during the reign of the wicked King Ahab of Israel [c. 875-853 BC]. His story can be found in the Bible, in 1 Kings chapters 17-21 and 2 Kings, chapters 1 and 2.

I’ve already written the paper, Prophet Elisha and Archaeology (4-4-22). Much of the archaeological conformation in that article applies to Elijah as well. Elisha’s name has now been found on a shard of pottery, in the right place and from the right time, and King Ahab and his successor Jehoram have been verified in Syrian documents and other items. Also, we have possible (controversial) physical evidence for the notorious Queen Jezebel: Ahab’s wife.

What extrabiblical evidence do we have for Elijah? Not much, but there is some:

1 Kings 21:1-7, 15-19 (RSV) Now Naboth the Jezreelite had a vineyard in Jezreel, beside the palace of Ahab king of Sama’ria. [2] And after this Ahab said to Naboth, “Give me your vineyard, that I may have it for a vegetable garden, because it is near my house; and I will give you a better vineyard for it; or, if it seems good to you, I will give you its value in money.” [3] But Naboth said to Ahab, “The LORD forbid that I should give you the inheritance of my fathers.” [4] And Ahab went into his house vexed and sullen because of what Naboth the Jezreelite had said to him; for he had said, “I will not give you the inheritance of my fathers.” And he lay down on his bed, and turned away his face, and would eat no food. [5] But Jez’ebel his wife came to him, and said to him, “Why is your spirit so vexed that you eat no food?” [6] And he said to her, “Because I spoke to Naboth the Jezreelite, and said to him, `Give me your vineyard for money; or else, if it please you, I will give you another vineyard for it’; and he answered, `I will not give you my vineyard.'” [7] And Jez’ebel his wife said to him, “Do you now govern Israel? Arise, and eat bread, and let your heart be cheerful; I will give you the vineyard of Naboth the Jezreelite.” . . . [15] As soon as Jez’ebel heard that Naboth had been stoned and was dead, Jez’ebel said to Ahab, “Arise, take possession of the vineyard of Naboth the Jezreelite, which he refused to give you for money; for Naboth is not alive, but dead.” [16] And as soon as Ahab heard that Naboth was dead, Ahab arose to go down to the vineyard of Naboth the Jezreelite, to take possession of it. [17] Then the word of the LORD came to Eli’jah the Tishbite, saying, [18] “Arise, go down to meet Ahab king of Israel, who is in Sama’ria; behold, he is in the vineyard of Naboth, where he has gone to take possession. [19] And you shall say to him, `Thus says the LORD, “Have you killed, and also taken possession?”‘ And you shall say to him, `Thus says the LORD: “In the place where dogs licked up the blood of Naboth shall dogs lick your own blood.”‘”

It looks like this vineyard and winery have been discovered:

A biblical garden coveted by a notorious king and murderous queen may have been uncovered by archaeologists in northern Israel. . . .

A recent paper published in the Journal of Eastern Mediterranean Archaeology and Heritage Studies says researchers have discovered a vineyard winery that matches the biblical narrative, according to The Jerusalem Post.

First discovered by archaeologists in 2013 at the Jezreel expedition, the winery was last used “around the first century BCE,” according to Dr. Norma Franklin of the Zinman Institute of Archaeology, but it was created much earlier.

Franklin said they tested the soil in the area to see if it was possible to grow grapes. “The results showed that in the whole area there was only a small zone that would be good for vineyards, exactly where the ancient winery stood.” (“Archaeologists Discover Infamous Old Testament Site”, Aaron Earls, Lifeway Research, 6-30-20)

“The events that are described in the Bible are usually considered to take place around the ninth century BCE. It is possible that the winery already existed back then, but it is hard to say. However, some scholars believe that the story was actually written down later, around the sixth century BCE, when we can state for certain that the winery was already operating. There is no way to know whether what is narrated in the Bible happened exactly as related, but the narrative must have existed.”

To date the findings, the researchers compared the typology of the installations with similar ones in the region from a variety of periods. . . .

“Another element that was very exciting for us was that several years ago, a nearby kibbutz sampled the soil in the area to find out if and where it would be possible for them to start growing grapes,” Franklin said. “The results showed that in the whole area there was only a small zone that would be good for vineyards, exactly where the ancient winery stood.” (“Archaeologists might have identified Jezreel winery featured in Bible”, Rossella Tercatin, The Jerusalem Post, 6-7-20)

Wikipedia (“Tel Jezreel”) verifies that the city was in existence in the 9th century BC:

Because of the strategic location, ample water supply, and excellent grazing in the Jezreel Valley, archaeologists David Ussishkin and John Woodhead believe that Jezreel was the base for King Ahab’s chariot corps and cavalry.

Jezreel was a 9th-century BCE fortress possibly built during the reign of King Omri but certainly active in the reigns of King Ahab and his consort Queen Jezebel and their son King Jehoram. It was destroyed soon afterward, possibly by the Arameans in the late 9th-century. The pottery found in the fortress during the dig all dates to this brief period.

The Mesha Stele from Moab in 840 BC, mentions King Omri‘s name. He was the father of King Ahab.

Photo credit: Ori~ (12-24-05), Jezreel [The copyright holder of this file allows anyone to use it for any purpose, provided that the copyright holder is properly attributed. Redistribution, derivative work, commercial use, and all other use is permitted / Wikimedia Commons] 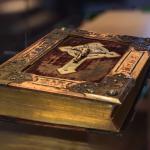 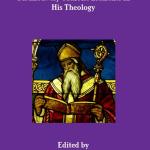