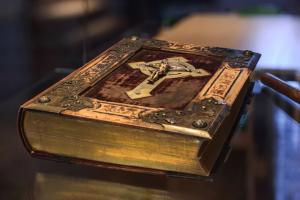 This exchange took place in the combox of my article, Jesus’ Last Words: Biblical “Contradictions”? (4-8-21). Words of JohnMC (atheist?) will be in blue.

I think it is right to point out that it is not unreasonable to expect texts regarded as holy and revealed to show consistency. Even minor inconsistencies invite scepticism because of the rigorous claims made for the significance of the texts.

I fully agree, which is why I have largely devoted my writing and research over the last two-three years to answering precisely these objections (as well as establishing a positive support of Scripture from archaeology, which will be the subject of my next “officially published” book). A full listing of those efforts can be found in my collection, “Armstrong’s Refutations of Alleged Biblical ‘Contradictions'”.

These efforts include scores and scores of systematic replies to atheists who specialize in trying to attack the Bible and its alleged massive self-contradictions. Some never reply to my counter-replies to their claims (Bob Seidensticker, Dr. David Madison, John Loftus, Bart Ehrman, Richard Carrier, and more). Others do occasionally (and kudos to them for doing so), but (frankly) not very well when they do (Jonathan M.S. Pearce).

Let me ask you (since you ask me so many questions): if these atheists’ arguments are so compelling, why don’ they prove it and blow my counter-replies out of the water? But they don’t. They prefer to almost always ignore them. They say it’s because I am an ignoramus, imbecile, and idiot (always easy to say). I say it is because they have a lousy case and are intellectual cowards.

I hope that this dealing with “contradictions” will be the topic of my next book (if a publisher wants it), after my next on archaeology is published.

but they are being applied to documents that are claimed to have divine sanction.

We apply reason and intelligence to biblical interpretation, just as we do to any other topic or extensive set of writings like the Bible. That’s what apologetics (my field) is about: applying reason to theology.

Why do we even need to apply human reasoning to their comprehension, and why might a simple claimed error of interpretation lead anyone into misconstruing divine writ?

Because we have to reason in order to properly understand theological documents that are all are 1920 or more years old, written in different languages (including hundreds of non-literal idioms and metaphors, etc.), and produced by a vastly different culture from our present one. That’s not even arguable. It’s self-evident.

The problem with the routine lists of atheist or skeptics’ “contradictions” is that they are so terribly weak, pathetic, and 90% of the time (or more!) clearly not even contradictions in the first place. It’s not so much that the Bible is difficult to understand (although parts of it certainly are: particularly portions of Paul’s letters), but that the skeptics who approach the Bible like a butcher approaches a hog are so 1) abominably ignorant of the Bible’s contents and interpretation, and 2) seem to have never familiarized themselves with classical logic or a textbook of logic. [in case you are wondering, I did take logic in college]

Some inconsistencies may not be contradictions but represent ambivalences that cannot be batted away.

Well, then, since all these big shot / big name atheists almost always ignore my replies, perhaps you will show the courage of your convictions and take up some of them? We agree on the premises (that it’s worthwhile to have those discussions). You seem to be capable. Have at it! I gave you the list of all my defenses.

You see how I have replied to you here, as I always do if an inquiry has substance. You didn’t immediately insult my honesty, as C Nault did [“Your response is the standard playing with what the Bible actually says and twisting it to suit your personal interpretation”: in the same combox]. So I responded quite differently and at length.

Then there are the fully-fledged contradictions and ambiguities and obscurenesses. And then we see the self-referential legitimating arguments. A biblical statement of belief for example the Trinity does [not] become true because it is repeated.

Of course not (just like anything else). The Trinity comes from revelation and cannot be understood from a logic-alone / rationalistic perspective. It is an exceedingly subtle doctrine and requires faith. No Christian has ever denied that. What I focus on is to prove that the Bible teaches it in the first place (many atheists deny this), and why Christians believe that the Bible does so.

Evidence of consistency of belief is not evidence of truth of belief.

Strictly speaking, no. It’s evidence of a lack of contradictoriness, which is the bare minimum. But a consistent showing from the Bible that alleged contradictions are in fact not so (which I have done myself, and many other apologists have done), does, by a cumulative effect, tend to support the notion of biblical inspiration. Consistency doesn’t prove biblical inspiration (which is also a matter of faith), but it’s consistent with it; whereas massive contradictions actually proven are inconsistent with inspiration.

The latter is why I think it is important to deal with these sorts of charges, because it’s important to defend inspiration (indirectly) from reason. We need to “defeat the defeaters” and show how very weak they are.

Few things bolster my Christian faith more than dealing with the alleged “contradictions”: because the arguments are so abominable and laughable that we see the Christian faith as far more rational and sensible. Observing (while I am making my own arguments) the Bible being able to withstand all attacks is incredibly, joyfully faith-boosting. It’s the unique blessing we apologists receive for our efforts.

Statements of miraculous happenings are not proved because there are a lot of them. If extravagant claims are made for the absolute value of scripture, why is it so easy wonder if the texts do not actually just display the predictable raggedness of human ones?

I say they can withstand all the accusations thrown out them, and prove it by my own work. If you disagree, as I said, start sending me counter-counter-replies to my counter-replies, since virtually all of the folks I have replied to refuse to do so (most with rank insults sent my way, too).

Thanks for the serious, non-insulting interaction and have a great day.

[if JohnMC replies, I will add his words to this paper with my further replies]

Summary: Good discussion about the nature of alleged Bible “contradictions” in which I explain the rationale for my recently devoting so much time and energy to solving them. 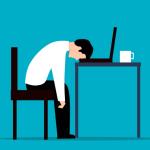 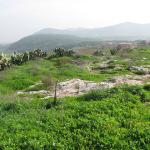